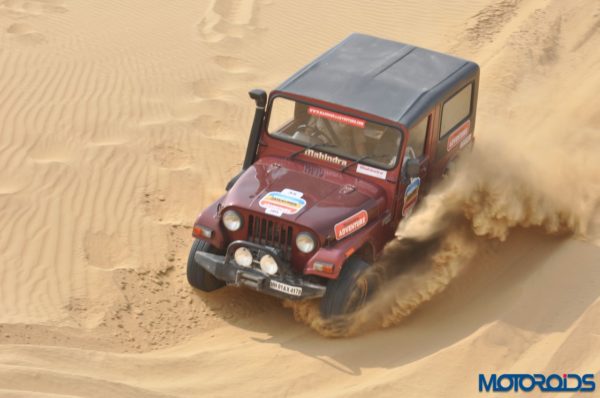 The 120th edition of the Mahindra Great Escape concluded on February 22, 2015 in Jaisalmer, Rajasthan with around 70 Mahindra SUVs maneuvering the challenging route. The Annual ‘Invitation Only’ Great Escape received an overwhelming response from invited dignitaries, which included CEOs of domestic and international auto component companies and agencies. The Mahindra SUVs negotiated an overall track of 60 km comprising a 12 km off-road track of steep inclines, shifting slopes and undulating sand dunes, leaving everyone asking for more. 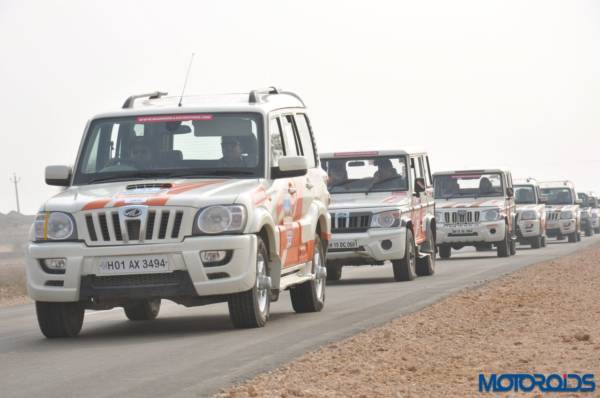 Participants also got a chance to see the White Special Edition Thar, which was unveiled at the Annual Mahindra Great Escape. On display, was also the 5 millionth vehicle, a Thar, that was rolled out from Mahindra’s manufacturing plant in Kandivali on January 5, 2015. 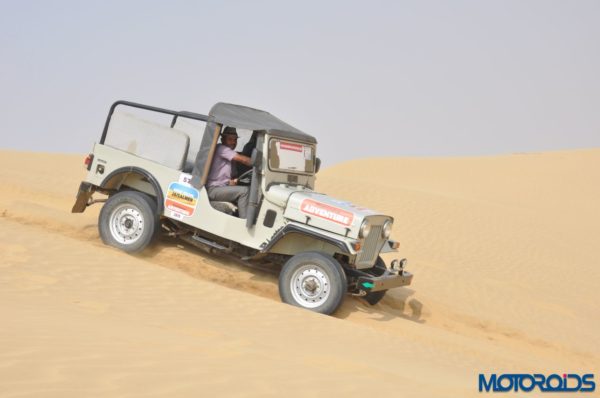 This edition of the Annual Mahindra Great Escape received a befitting royal welcome in Jaisalmer, amidst its majestic splendours. Known for its golden landscape, the city of Jaisalmer is cradled in the heart of the Great Indian Desert. Flanked by the ruthless desert and magnificent sand dunes on one side and sprawling forts and palaces on the other side, Jaisalmer is a city steeped in cultural heritage. 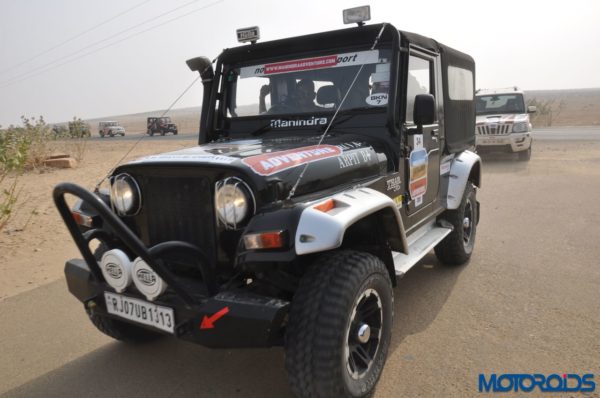 Speaking on the event, Dr Pawan Goenka, Executive Director, Mahindra & Mahindra Ltd. said, “We were delighted to have hosted the 120th edition of the Annual Mahindra Great Escape in the golden city of Jaisalmer. Rajasthan is a very popular destination among off-roading enthusiasts for its terrain and allows us to showcase to our customers the tough and enduring nature of Mahindra vehicles. Over the years, the Great Escape has developed a reputation as one of India’s most thrilling off-road events and this year’s edition was no different as it put both man and machine to test.” 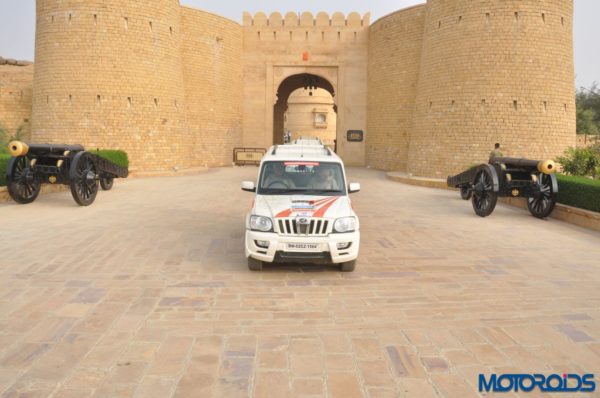 The Mahindra Great Escape route was chalked out by the Mahindra Adventure team with the ‘With You Hamesha’ service team who ensured that participants enjoyed the rally unhindered. Post the rally, it was time for the celebrations to begin. Guests were treated to musical entertainment, while experiencing the best of Rajasthani hospitality.