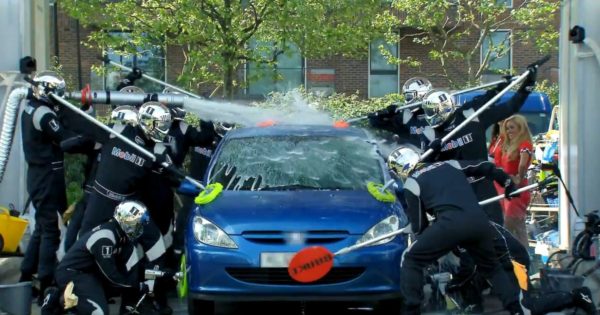 Imagine yourself playing cricket anywhere in India you like and out of nowhere the entire Indian cricket team appears to play cricket with you. This is what happened at a London car wash, when Mobil 1, which sponsors the Mclaren-Mercedes Formula One Team, transported the team’s pit crew along with Jenson himself and his MP4-29 from a racing track to an everyday car wash station.

If you have followed Formula One, you would know how fast these men are during a pit stop. One of the teams has managed to change all four tires of an F1 car in 1.9 seconds, that’s faster than the time it takes to spell the word ‘Tyre’.Take a look at this soapy video, if you have been lazy and are yet to take a shower, since its a weekend.