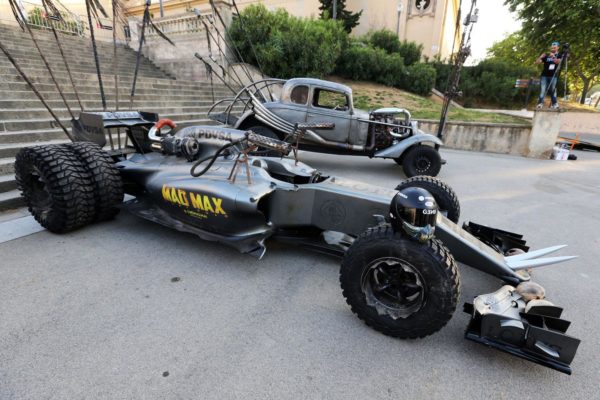 If the dying interest among its fan base is anything to go by, Formula One really needs some Mad Max madness injected into the sport. The Lotus F1 team in association with Warner Bros pictures has just given the grey haired men who run the circus some idea. They’ve turned one of the Lotus F1 cars into a Mad Max hybrid, replete with spikes, flame throwers, and large knobblies wrapped around alloy wheels which could mince anything that attempts to keep pace with this post-apocalypse racer. 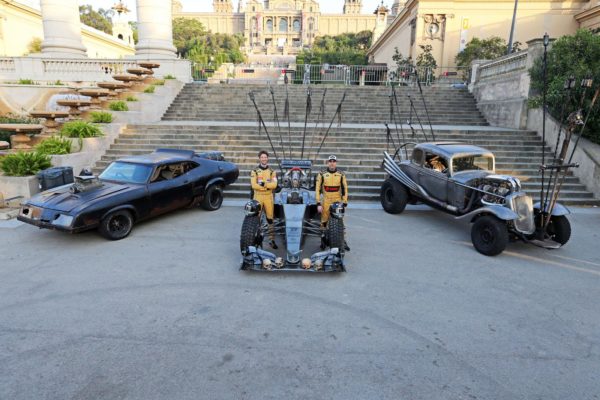 With skulls mounted on the front wing, who could’ve been a better driver than Maldonado to be imagined behind the wheel of this aerodynamics be damned racer. Imagine machines like these lining up on the grid on a Sunday afternoon, with mechanics seen sharpening the spikes, filling in fuel for the flame throwers and polishing those skulls, instead of doing boring things like using blankets to warm the tyres. Even Saturday qualifying would be fun to watch, as all cars will be let loose on the track at once in a 15 minute session, the last surviving car taking pole. While someone like Rosberg might not approve, we’re sure Pastor, Romain and Kimi would be consistent on the podium.