A ceremonial flag off kick started the 2019 Dakar Rally in Lima, Peru. Participating in what is also known as the World’s toughest race for the fifth consecutive time, the Sherco TVS Factory Rally Team and its 4 riders – Michael Metge (France), Adrien Metge (France), Aravind KP (India) and Lorenzo Santolino (Spain) were greeted to a lot of cheer from the crowd. All riders will be astride the Dakar-spec RTR 450, bashing it around the dunes of Peru, aiming for a strong finish this year. 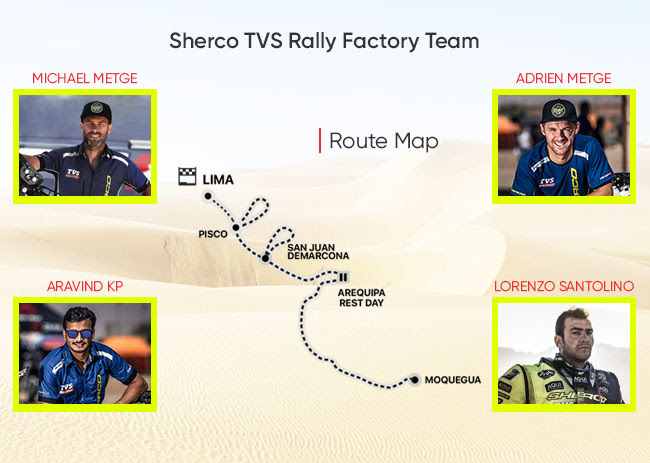 The Sherco TVS Factory Rally Team is riding on the new Dakar-spec RTR 450 Rally motorcycle. It boasts of an improved cooling system and an enhanced top speed of 180 kmph. The motorcycle is equipped with specially designed pistons, a new diaphragm spring clutch and a higher capacity fuel tank. In the run up to their Dakar campaign, the Sherco TVS Factory Rally Team has trained extensively in Morocco, Spain and France at events which were a part of the international race calendar.

For this year, the Dakar 2019 will circumnavigate around a single country – Peru, for the first time. Said to be more challenging than all its previous editions, the Dakar 2019 will see the team traverse a distance of 5000 kilometers across 10 stages with special stages of 3000 kilometers. The Rally route, unlike the previous one comprises of a substantial section of sand dunes, which will test the navigational skills, endurance and techniques of the riders. Stage 1, which begins on January 7th , will be a 247 kilometers stretch with 84 kilometers of a special stage, where the participants will encounter soaring temperatures of the Pisco Valley. Below is a route and stage guide for this year’s event. 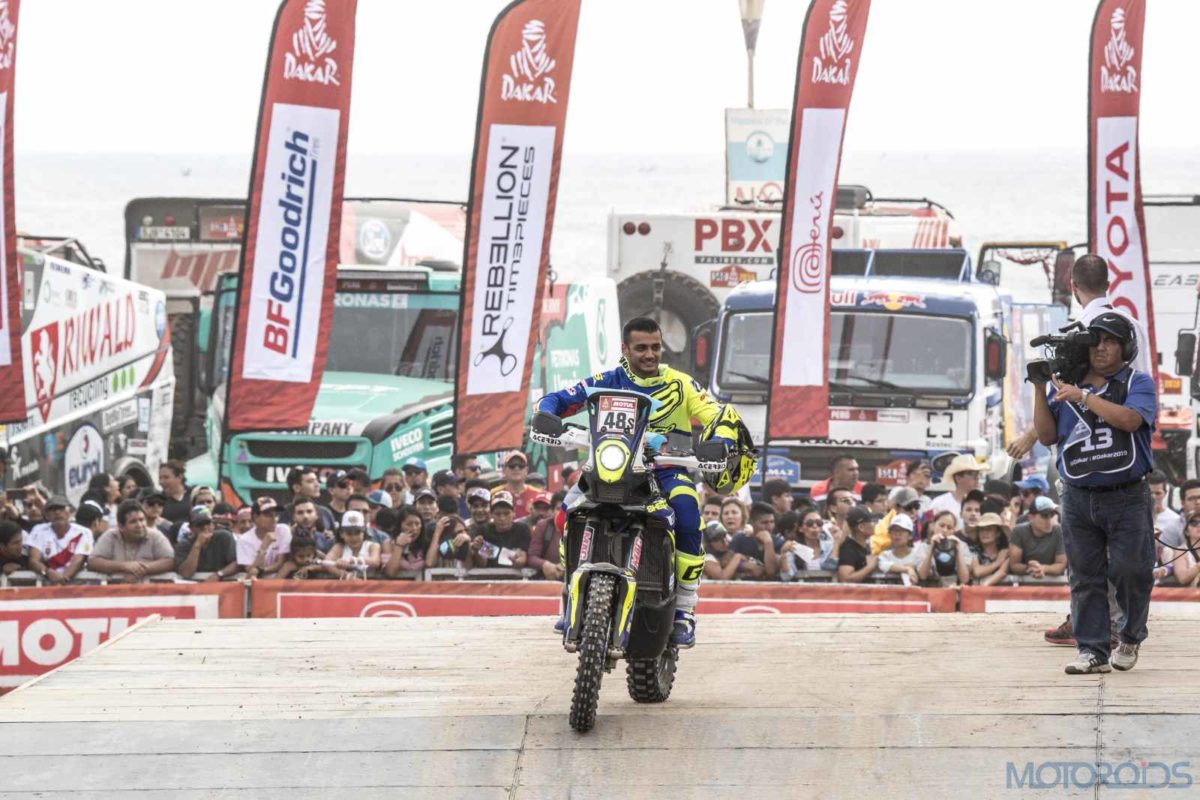 Excited about their campaign, David Casteu, Team Manager, Sherco TVS Rally Factory Team said, “The Sherco TVS Factory Rally Team has been training for Dakar extensively over the past year with impressive performances across International Rallies.  The team this year shares a great camaraderie, skills and are hungry for a top 10 finish. Along with this winning combination, we are backed by an experienced technical crew who will help us maintain the RTR 450 Dakar motorcycle through the duration of the Rally. We have raced in Peru before, which is an added advantage. Overall, we are positive about exceeding our past performance in the 41 st Edition of Dakar.”