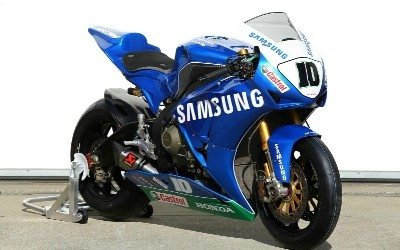 Honda (UK) has confirmed it will not compete in a full-time capacity with an official team in next season’s British Superbike Championship. Instead, it will use 2014 as a development year and prepare itself for domestic and world championship level racing in future.

With the title sponsorship agreement with Samsung Mobile coming to end and with number one rider and reigning British Superbike Champion, Alex Lowes seeking success on the world stage, the decision has been taken that the time was right to re-evaluate the team’s direction, re-structure and re-group, with a view to a planned full-time return to British Superbikes in 2015.

The team will continue the development of the Honda CBR1000RR Fireblade in 2014 and it is planned to make several guest rider ‘wild card’ appearances in British Superbike Championship, throughout the course of the season.

The majority of the team’s technical staff will remain with Honda and transfer over to freshly revised Endurance World Championship race team, as Honda steps up efforts for further success on the world stage, in support of its racing projects in MotoGP, World Superbikes and on the roads at events such as the Isle of Man TT and North West 200.

Nick Campolucci, Head of Motorcycles, Honda (UK): “This is not a decision we have taken lightly and it was not our preferred option but we feel that given the cumulative circumstances, it is the best course of action for us at this time. Honda goes racing to win. Unless we have the right elements in place to achieve the success on track we know we are capable of, our preferred option is to re-evaluate and re-structure for a stronger and more aligned effort. The British Superbikes series is very important to Honda UK and we plan a full return to the series in 2015.”