When you think about a cruiser, what comes to your mind is a Harley Davidson. A long body, a big, mile-munching V-Twin motor and a relaxed riding position are what you want when you get a Harley. Unfortunately, the most affordable Harley, the Street 750 comes in at INR 5.31 Lakh, ex-showroom, which is pretty steep for the masses. So what do you do when you want to cruise on a budget? Just like every time, a modification job comes to the rescue. Here is one such modification job, done on a Hero Splendour, transforming it into a beautiful cruiser, take a look. 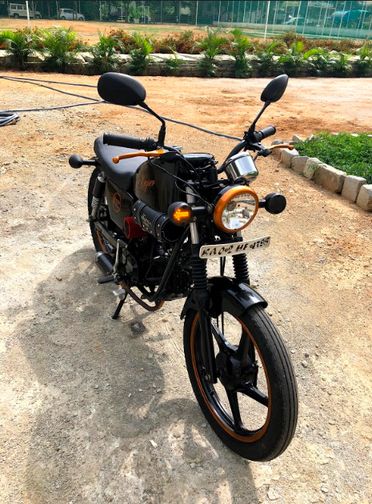 With a customer inclined towards a bobber styled cruiser, the sketches were the first step to convert this project to reality. The folks at Full Throttle Customs are responsible for this change. Tweaks were made to the frame and chassis with the swingarm getting an extension to make room for a laid back seating position. The rear tyre has been made fatter, just to go along with the cruiser theme. Accessories given to the vehicle have been kept to a minimum with only necessary items like lights making the cut. Giving this cruiser an even more striking appearance is the very dark paint with copper shade accents. 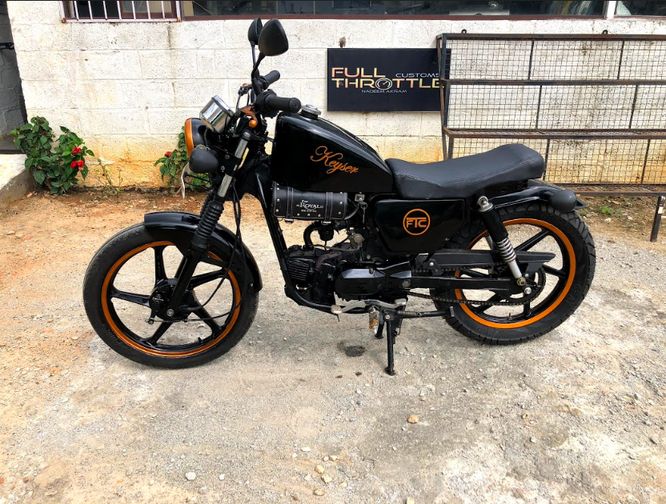 Just like a proper cruiser, the keys go into the side of the motorcycle above the engine block. The blacked out treatment also continues to the engine. A neat looking pouch is present beneath the fuel tank which looks quite retro and offers enough space to hold some documents of the bike. The indicators too, display an arrow towards the direction the bike plans to move. 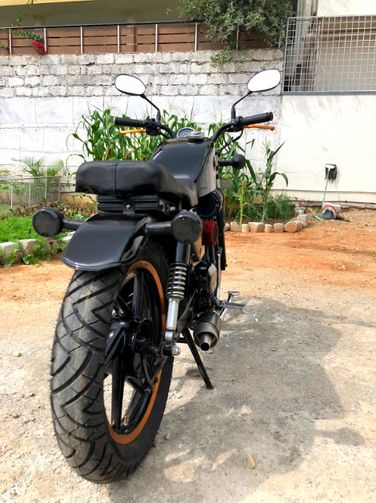 Mechanically, the bike remains unchanged, sticking to its roots. Powered by a 97.2 cc single cylinder, an air-cooled motor which uses a carburettor. This engine can generate 8.36 PS of maximum power and 8.05 Nm of torque, which does the job of moving this car around. This bike gets a 4-speed gearbox and drum brakes at both ends. The suspension too remains unchanged with telescopic shock ups in the front and twin shock absorbers at the rear. Here are some images of the bike for you to see.