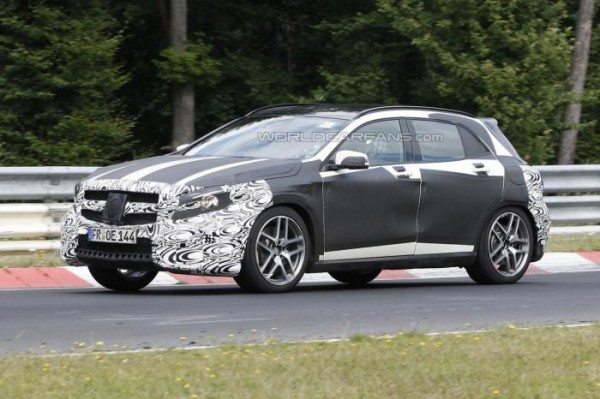 Seen here is yet another set of spy pics of upcoming Mercedes-Benz GLA 45 AMG. As can be made out from the name, the GLA 45 AMG will be the high-performance variant of the GLA Class adn is expected to come early next year.

Regulars here would remember that we reported in detail when Mercedes unveiled the regular GLA earlier this month. The upcoming Mercedes GLA Class will be the smallest-ever crossover in Stuttgart based manufacturer’s product portfolio. The exterior styling of the production spec GLA stays pretty true to the GLA Concept that we saw earlier. However, as we mentioned earlier, the car does have a less aggressive stance than the Concept GLA. The GLA will play the baby brother to the much bigger GLK and will be offered in a front-wheel drive layout. Underpinning the new GLA is the much publicized MFA platform. 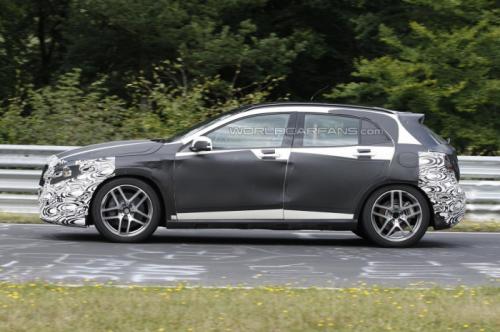 The AMG version of the GLA is likely to be powered by the same engine that powers the A 45 AMG hatchback and CLA 45 AMG entry level sedan. This means that the car could get a turbocharged 4-pot 2.0-litre petrol engine with a max power of 360 HP and a maximum torque of 450 Nm. Power will be sent to the 4MATIC all-wheel drive setup through a dual-clutch, seven-speed AMG SPEEDSHIFT gearbox. It is expected that all this would enable the GLA 45 AMG to reach 62 mph from standstill in a little over 5 seconds and have an electronically-governed top whack 250 kmph. 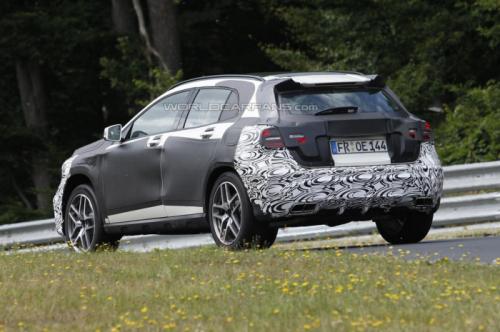