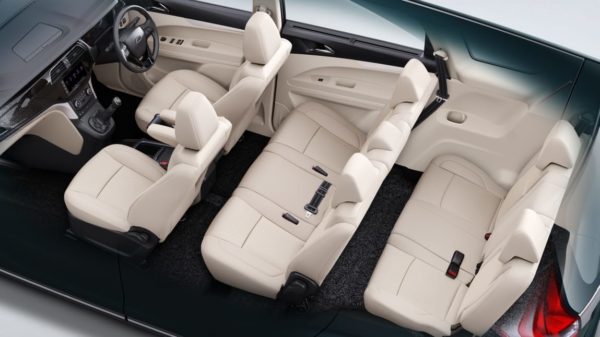 With an estimated output of 121 BHP and torque of 300 Nm, the car might debut Mahindra’s new 1.5 litre diesel engine. Paired with a 6 speed manual gearbox only for the beginning, an automatic gearbox maybe expected soon. The new sub 4 meter SUV from the company, codenamed the S201 is also expected to use the same engine and gearbox configurations.

Check out the @mahindra.marazzo #Marazzo cabin in 7 and 8 seater configurations. The third row seats look surprisingly spacious. The new #MPV looks good, but can #mahindra create a car that can challenge the #Innova in durability and reliability? We’ll see soon! #mahindramarazzo #NewCars #FreshNewMetal

Priced between the Maruti Suzuki Ertiga and the Toyota Innova Crytsa the car will be made available in a 7 and 8 seat configuration. Mahindra claim to have put an industry first surround system cooling for the climate control along with dual airbags, ABS, EBD, and rear parking sensors as standard. The top level trims are expected to be equipped with Android Auto, Apple Carplay, LED day running lights, projector headlights. Leatherette seats and a reverse camera. Top level trims may also sport a Diamond cut alloy wheel set and have cruise control.