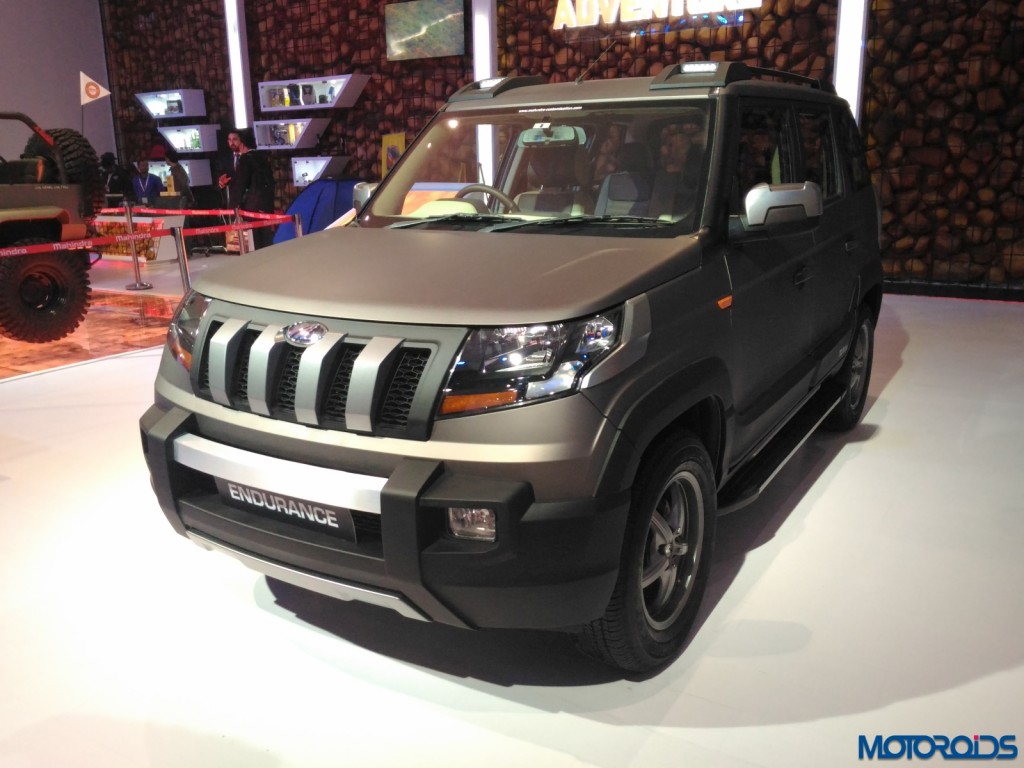 At Motoroids we have shown you many fan rendered variations of the TUV300, an SUV which has had a polarizing effect on the onlookers in terms of design. Some love it for its angular styling, while some others abhor it. Seems like Mahindra is trying to play with the idea of giving the rugged compact SUV a twist, and has presented the TUV300 Endurance at the 2016 Auto Expo as a more muscular, rugged experimental version of the vehicle. 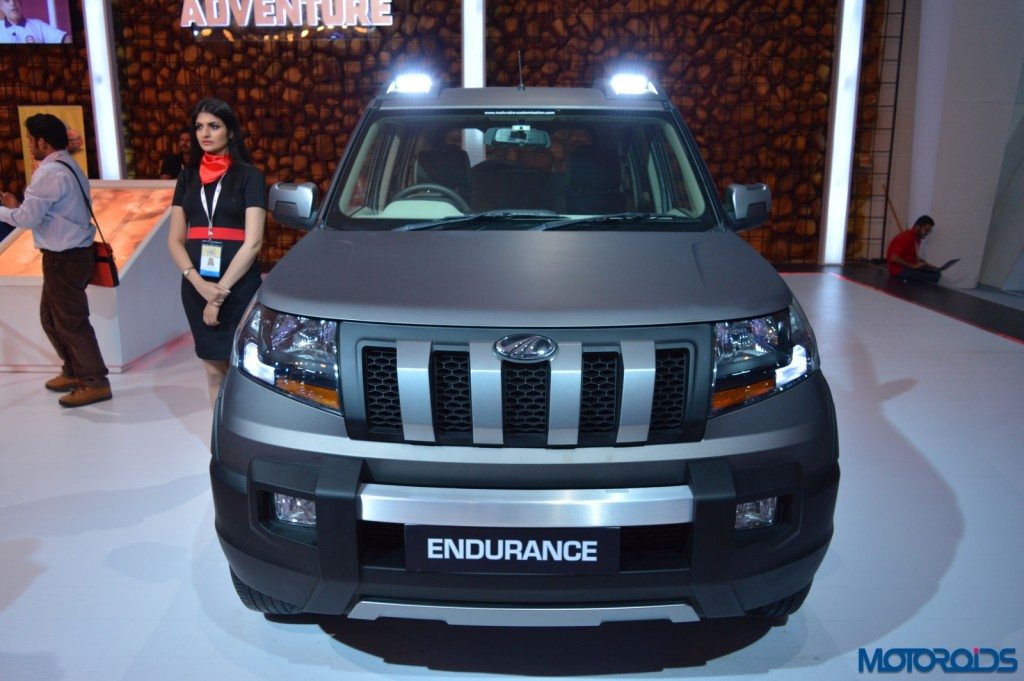 The TUV300 Endurance at Mahindra’s pavilion gets a whole bunch of exterior modifications to make it look even more rugged, and a whole lot premium if you really ask us. The first thing we noticed was the soft glow grey colour that also adorned the ominous looking modified Mahindra Thar we wrote about earlier. Themed ‘Strong and Muscular’ the Endurance version is fitted with a lot of cladding pieces at almost every bump and corner that adds extra chunk to the TUV’s silhouette. 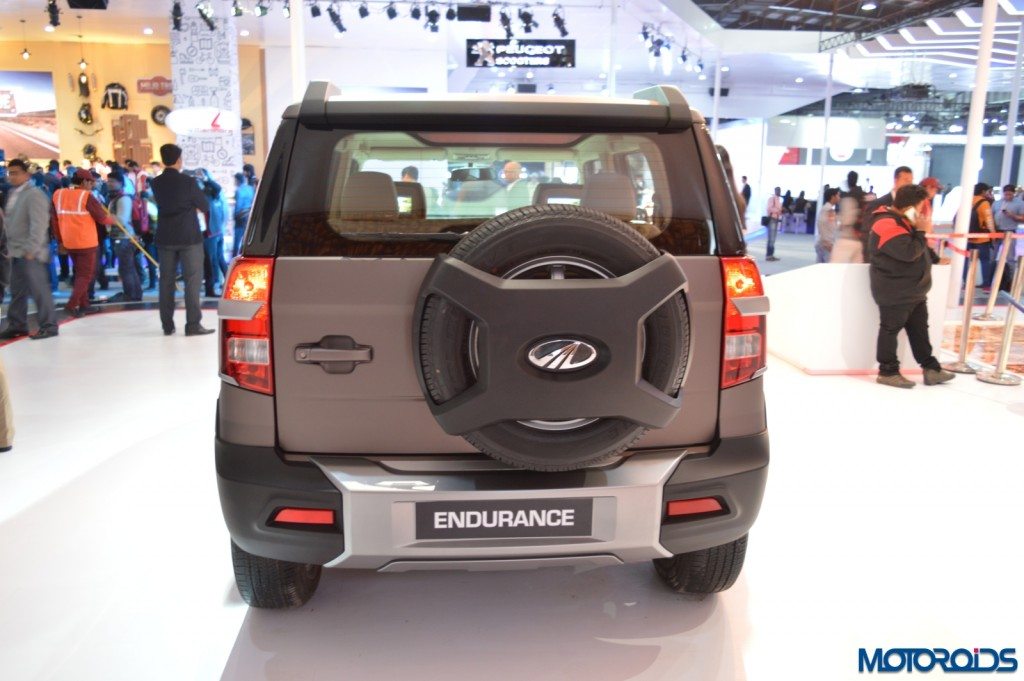 On the front, the Endurance edition boasts a whole new stocky bumper with contrasting appliqués. The dark bumper cladding extends to the front wheel arches, underlines the passenger doors and meets at the rear. A brushed aluminum finished element is positioned at the centre of the rear bumper that seems to hold the fringe together. The chunk is not just reserved for the bumpers and side sills, extra bits of shells are placed near the headlight, tail lamp cluster and ORVMs that compliment the Endurance look. The spare wheel also gets a new stylish cover and roof rails are equipped with LED lights 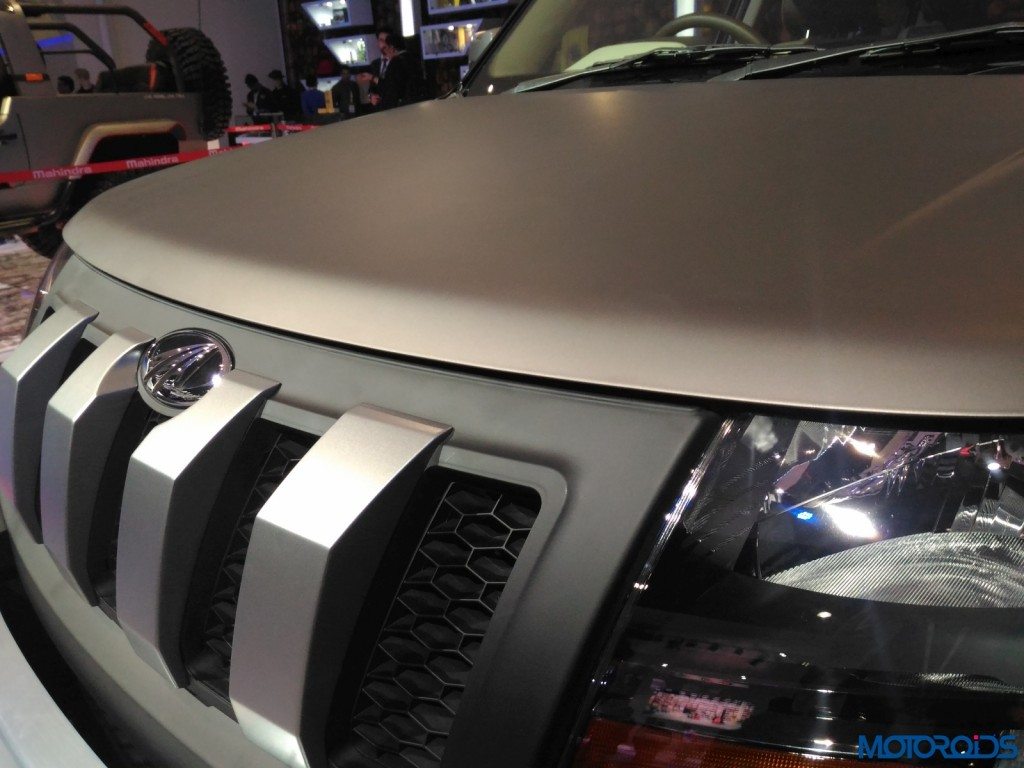 Apart from the cladding treatment, the headlamp cluster of the TUV 300 Endurance is fitted together with a dark colour outline instead of the metallic lines of the stock TUV 300 and features new DRL setup. The Endurance is painted in a bespoke soft glow colour that is not available in the stock variants. The Endurance edition drives on new 5-spoke alloys. The interiors of the Mahindra TUV300 Endurance come in dual tone colors and the seats are done in bright leather. Interestingly the Endurance is geared with a ‘cool’ glove box and mood light options. 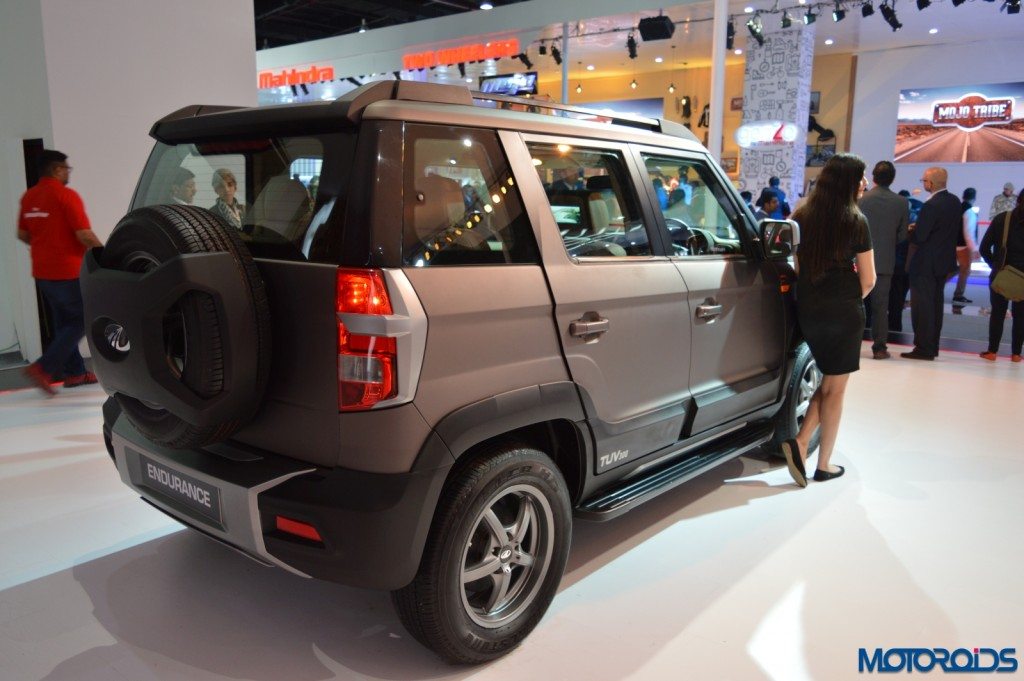 Overall the TUV 300 Endurance is pumped up with extra muscle to don a rugged character. While the visual treatment is all nice and fancy, the powertrain remains the same as the regular model. Here’s an image of the stock TUV300 for comparison, followed by a detailed image gallery 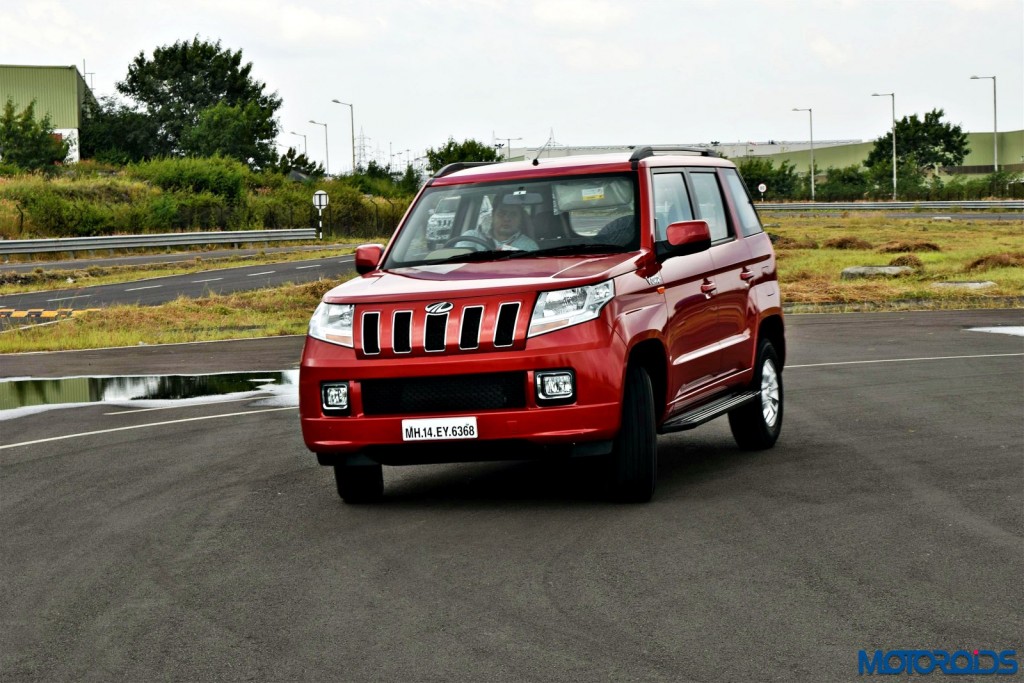