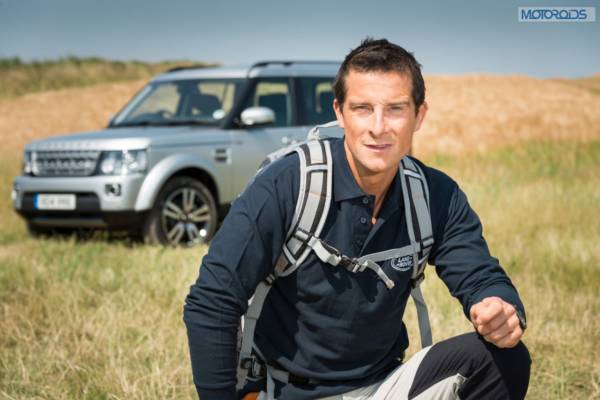 Not many men can boast of their family jewels made out of the toughest element known to mankind. Not many men would survive if they had to face the forces of nature head-on. Bear Grylls is one such man. Someone who has mastered the art of surviving out there in the wilderness, under the open sky, amongst all the hazards, just thinking of which is enough to run shivers down someone’s spine. From eating insects, to making a water bottle out of snake skin, which he uses to store kidney distilled fluids, the man will come back home, even if you drop him at the ends of the earth with nothing but a t-shirt.

British adventurer Bear Grylls has been announced as a long-term global ambassador for Land Rover. One of the world’s most recognised faces of survival and adventure, he will support Land Rover’s activity at a global level and will play an integral part in the global launch of the New Discovery Sport, which will be revealed to the world on 3rd September.

On his appointment, Bear Grylls said: “I’ve used Land Rover vehicles throughout my life, during my military career, on countless expeditions and then while filming, from deserts and jungles to the highest mountains. They always deliver a rugged reliability that you can always count on when the chips are down in hostile environments. Land Rover is all about adventure, and adventure has always been in my DNA. For the toughest challenges, a Land Rover is always my vehicle of choice, which is why I’m so proud to be associated with the brand.” 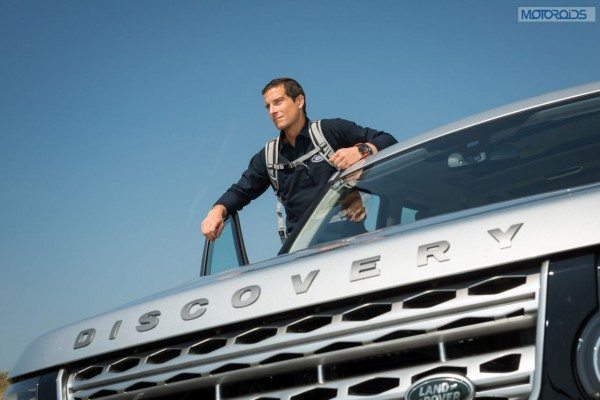 As part of his ambassador role, Bear will mentor Land Rover’s Next Generation Explorer, 22-year-old Alex Woodford, during a high-adrenalin adventure later this year. In February, Alex triumphed in the snow-laden Discovery Adventure Challenge where she competed against four other young explorers in a series of testing challenges including a technically demanding slalom drive on the slopes, a test of strength and technique with a 180kg sled pull, and a fast and furious kayak race across Lake Geneva.

Mark Cameron, Brand Experience Director at Land Rover, explains: “There are not many people out there that live and breathe the Above and Beyond spirit more than Bear Grylls. He regularly tackles the biggest adventures on this planet, which is why he’s such a good fit with Land Rover. We look forward to working with him and taking our customers on the adventure of a lifetime with Bear.”

In one of his first projects with Land Rover, Bear appears in a short video that alludes to the ultimate adventure. The teaser film, released today, leads up the reveal of the New Discovery Sport on 3rd September.