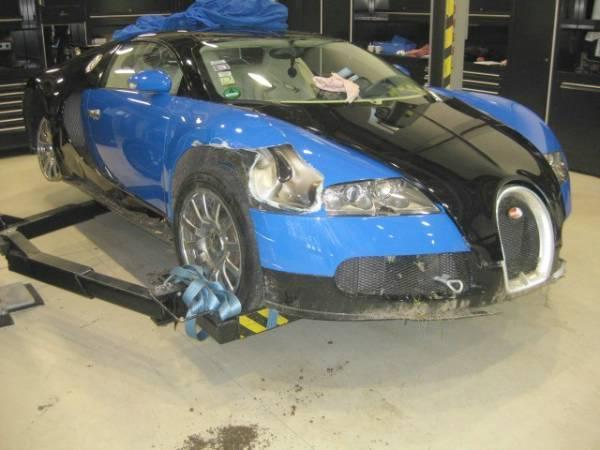 A brand new Bugatti Veyron is priced north of USD 1 million. But here is a cracker of a deal. A 2008 model of this hyper car is available for as low as USD 250,000. Sounds too good to be true, doesn’t it? The catch is that this particular Veyron has suffered a crash which has caused heavy damage to the vehicle.

The black and blue Bugatti Veyron seen in the pictures suffered crash on an Austrian highway between the cities of Seebenstein and Grimmenstein. The photographs also showcase this 2008 model to have suffered damage to the front and rear end along with both doors. The car has also suffered damage on the under body. This Bugatti Veyron has clocked 31,924 kilometres on the ODO and is nearly six years old. 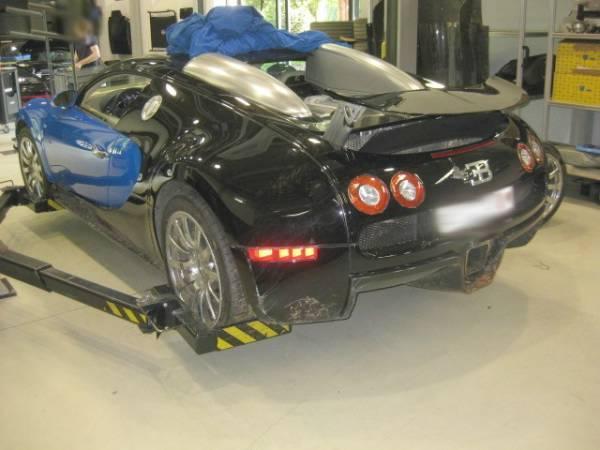 Would you pay quarter of a million dollars to a six year old Bugatti which has suffered a massive crash? Would it be cheap to buy and fix this particular Bugatti? Share your thoughts and opinions through comments below.