Royal Enfield customs are dime a dozen. But something from the house of Motovida, a custom motorcycle outfit based in Canada stirred our attention. The following Beach Bobber build, which revolves around a Bullet 500, keeps things subtle and minimal. Inspired by the fat-tired beach cruiser bicycles, builder Brent Giesbrecht from Motovida Cycles wanted his next motorcycle project to make people smile. 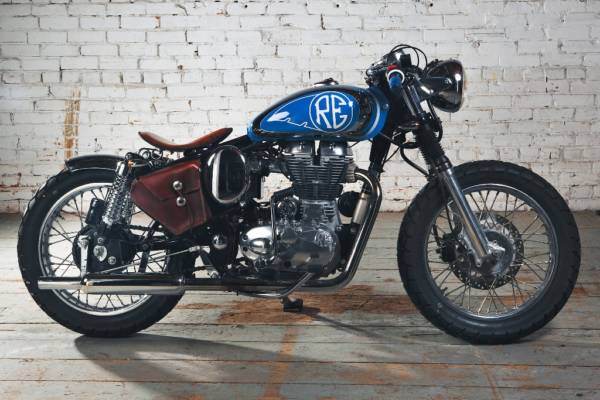 The tail section-seat, tail lamps, the works has been completely done away with and replaced with a thin strip masquerading as the rear mud guard. The principal highlight has to be the tank, which dons a classy pastel blue colour with chrome accents. Along with the large RE logo detailed in white, it gives the build a whiff of retro. 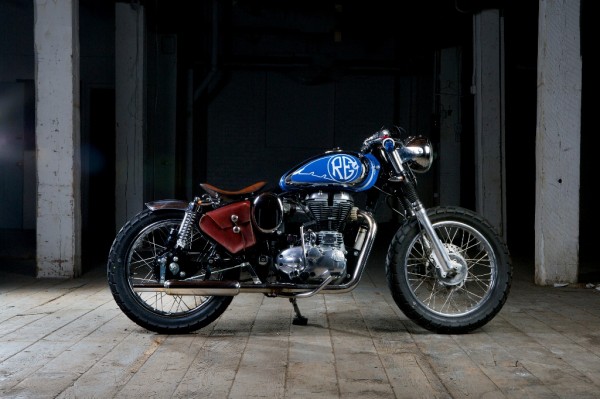 Also, a couple of neat saddlebags, hand-stitched by Brent himself replace the tool-kit and the air box. Here’s what Brent has to say about the Royal Enfield Beach Bobber:

“I chose a 2011 Royal Enfield Bullet as a platform because the engine and components have a very classic look. I like the lines of the frame and the tank. It was a perfect canvas. The tank and engine lend themselves well to being the focal point of the motorcycle, so I stripped the bike down so you can see. I wanted it to be bicycle-esque, so I chose nostalgic pastel blue with chrome as a colour scheme.”