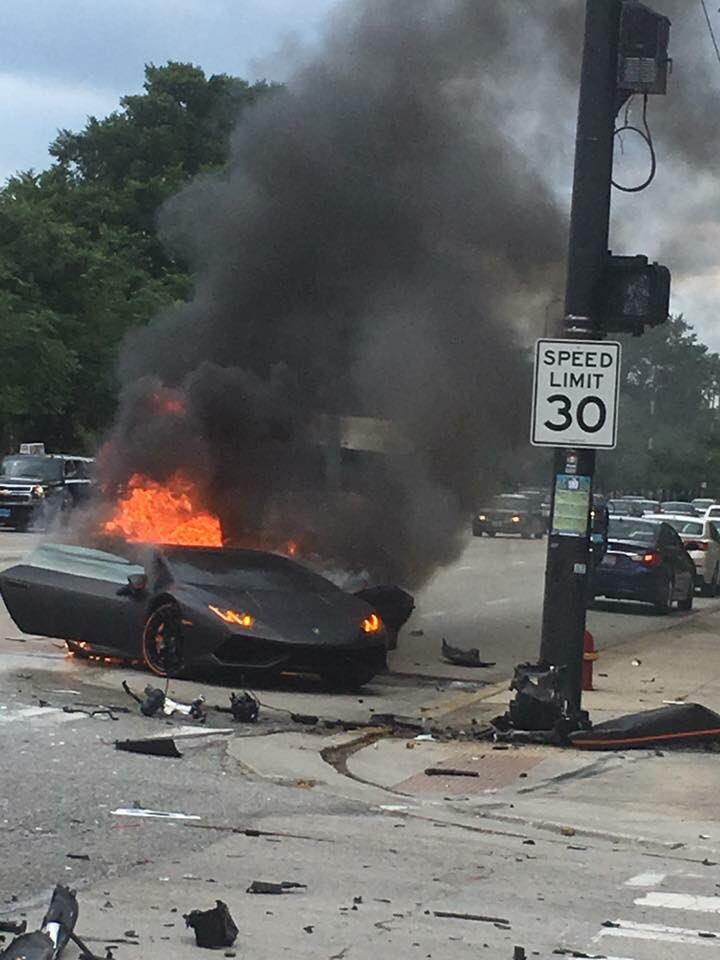 Around 5 pm on Saturday, a matte black Lamborghini Huracan crashed into a Lincoln at an intersection near Grant Park in Chicago,  after which it was sent flying into a light pole on the side-walk.

The force of the impact was such that the ill-fated Huracan split into two, a precautionary measure engineered into most super cars with mid-mounted engines to separate the inflammable engine from the cockpit/passenger cell. However, in this case, it looks like it didn’t go according to the plan, as the cockpit turned into a raging inferno moments after the crash.

Just left corner of Balbo and Columbus in Chicago Guy pulled from this car before explosion! #Chitown pic.twitter.com/cVDxxFNLcd

Those moments could very well have been the injured driver’s last, if not for a brave  group of rescuers who pulling him out from the mangled remains and carried  him to safety just seconds before the car bursts into flames. The driver was conscious when taken away in an ambulance, but there have been no further reports about his condition. Local authorities are currently investigating the crash.

Lamborghini Huracan in Chicago blew up after crash!
My uncle is one of the people who pulled out the driver! pic.twitter.com/VEWEL4a4Ku

These horrifying images (via Greg Albrecht ) show the aftermath of a crash: