Some stupid people behind the wheel are extremely lucky to be alive even after a dreadful crash. One such moron driving a car and the passenger were lucky to be alive after crashing a Lamborghini Huracan at speeds well in excess of 300 kmph. The incident happened in September last year on a Hungarian motorway but the Hungarian police recently released the video footage of the crash which was shot by the passenger. At more than 300 kmph, the Italian went out of control on the uneven road surface and smashed into the crash barrier and beyond. Both the occupants miraculously survived this horrific crash and you can hear them screaming before the crash. 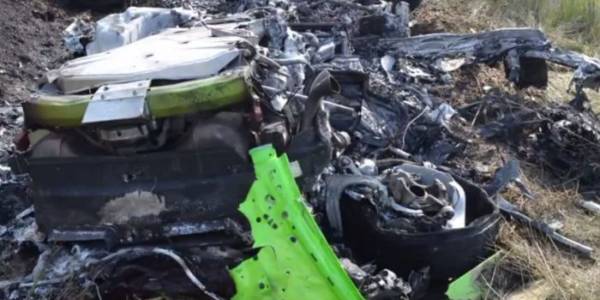 It is never advisable to such speeds on a public motorway let alone an unknown motorway, which clearly led to this crash. The combination of 300 kmph+ speeds and a change in the road surface caused the Huracan to skip violently and lose traction. The Huracan first hit the left crash barrier and then the right barrier, after which it slid into a ditch on the side of the motorway.

According to reports, the 36-year-old driver escaped the badly crushed car and dragged his passenger out before the car burst into flames. The driver was rushed to hospital in an ambulance, while the passenger was air-lifted with serious injuries.