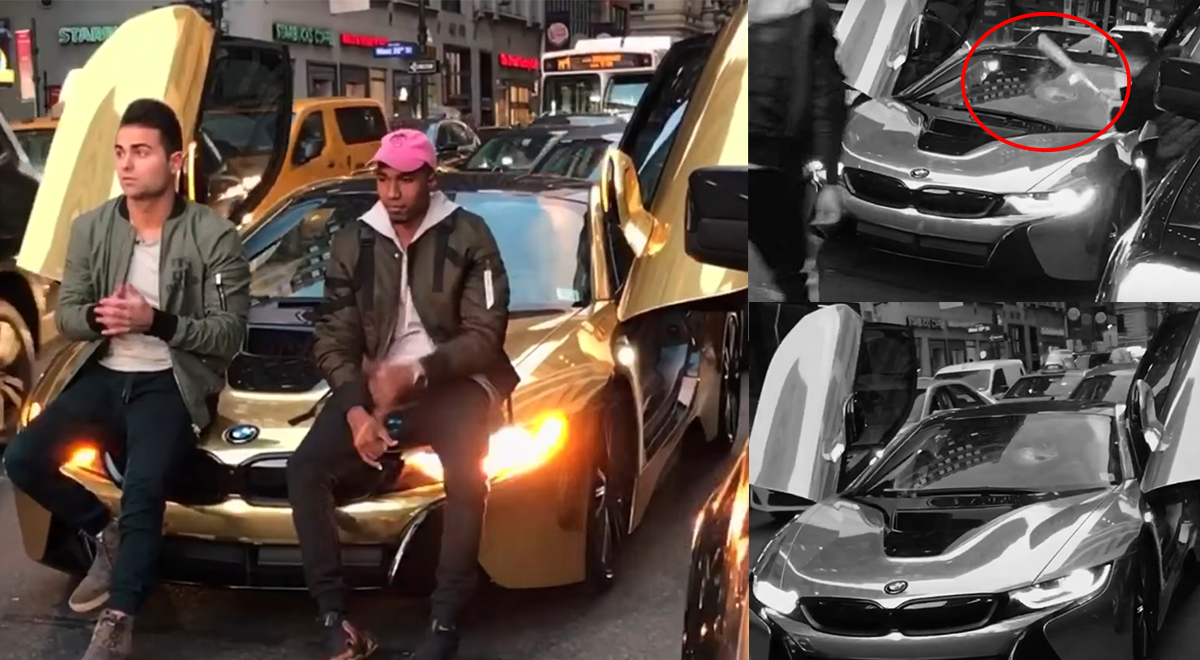 YouTube star Coby Persin, who specialises in “pranks” and “social experiments,” just got himself a gold wrapped BMW i8. So he though he’d show off his new, $140,700 ($200,000 with options) ride in New York City. With a friend of his in tow, Coby posed for photographs in front of his gaudily wrapped hybrid sports car on Seventh Avenue, blocking traffic.

As expected, that didn’t go down too well for fellow motorists stuck behind him, and he had justice served to him swiftly by a baseball bat wielding man. However, word’s going around that this video might be rigged. Given the profile of Coby, it could just be another of his elaborate pranks.

If it’s true though, Coby went home with a smashed ego as well as a smashed windshield. Coby Persin has revealed on social media that he is seeking information about the man with the bat, presumably so that he can press charges or file a lawsuit against him.