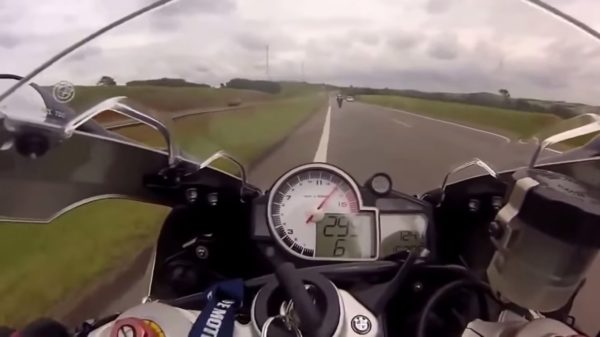 We have come across various crazy, loose-nut motorcyclists who race on public roads, putting their own lives and other’s safety in jeopardy. We would like to introduce to you another set of such dumb-f… fools who think of roads as their race tracks. But there are people who support such road races for the excitement and adrenalin rush. YouTube users had a mixed response to the video. But before that, here is the full video of this heart stopping 300kph motorcycle race on public roads.

While one YouTube user supported the motorcyclists by saying, “It’s not about hitting anything at 188 mph but excitement, adrenaline rush you get that a race track will never replace. As few people mentioned here that they put other people’s lives in danger? I really doubt it. Nobody is in danger there but themselves! At the end of the day, life is about excitement right? Some get excited by thinking about doughnuts and some by living on the borderline with death. Don’t judge others it`s their life and their choice.” 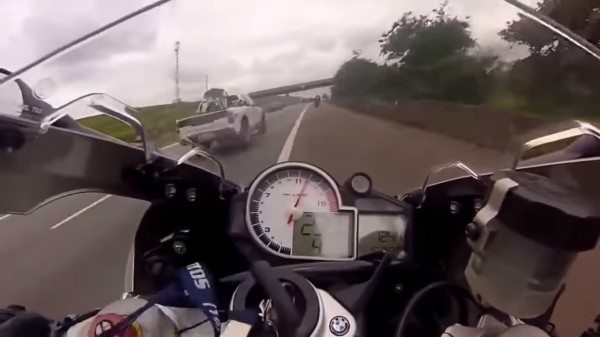 Other user condemned the act by adding, “I agree it’s their life and their choice, I agree about the excitement thing, but, yes, it DOES put life of others danger. What if he falls off his bike in front of another speeding biker? What if he loses control by the apex of a curve and hits a car that is just on the outside of it? What if, after falling off, his bike hits a pedestrian that’s off the road? MUCH can happen at that speed, man. In any of these cases, it will be an accident, I know, but no one is invulnerable to accidents.”

Which side of the argument you would like to take. Share your thoughts and opinions with us through comments below.