This is exactly one of the reasons why you should never speed in a residential area. This dude almost got himself and another innocent motorist killed. Some riders possess serious riding capability, plus respect fellow motorists and their own life. Some ‘riders’ though, are seriously stupid and lack some grey matter. This guy seems to belong to the latter group. 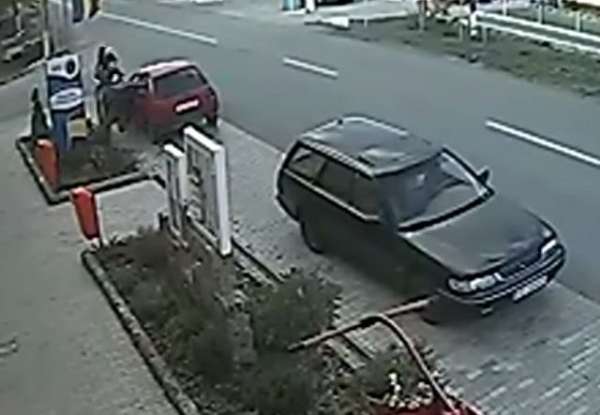 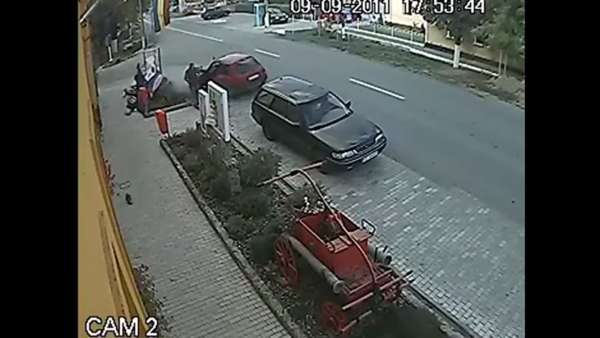 You can see the rider flying through the air (top left).

At the start of the video, you will see the lucky bloke coming around a bend. A bend that he never executed thoroughly and by the end of which, rammed head-on into a parked car. Apparently, the bike was travelling at over 100 km/h and the impact was clearly intense. So intense, that the red hatchback was sent rolling backwards by several feet. It only stopped as there was another estate car behind it to halt its momentum. Talking of momentum, the collision sent the rider flying and straight into a wall. Thankfully, he was wearing a full-face helmet and a backpack which actually acted as an airbag of sorts. The latter came in handy when he hit the wall, absorbing the brunt of the impact. 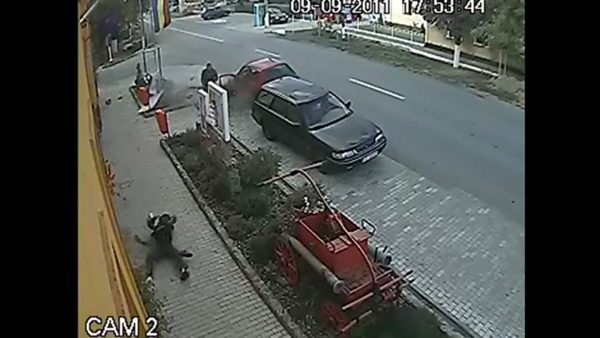 The bike was obliterated on impact and the car suffered serious frontal damage.

After landing on the pavement, the rider actually musters enough strength to stand up. But soon after, the pain kicked in and he decided standing wasn’t the best thing. An helpful lady also took off his helmet (debatable move) and soon there was a crowd. Not to mock the situation, but you will spot a shirtless dude walk past at 2:05. Jokes aside, this guy clearly had some angels looking over him that day. His helmet and backpack might also have something to do with the final outcome, of course. So take our advice and kindly refrain from speeding in residential areas. Not everyone carries around a robust backpack you know.