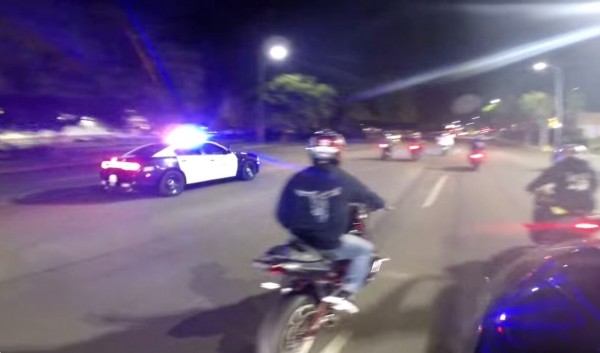 You can’t generalize as to who’s a dimwit based on whether he is driven by four wheels or two. A dimwit is a dimwit, irrespective – like each one of the motorcycle riders in this video is. The gang of outlaw bikers in the footage is out on a rampage. The guys riding motorcycles here have such disregard for law that this video might as well have been a Hollywood action flick. Popping wheelies, performing powerslides and jumping traffic lights with nonchalance, even as a cop car chases them, along with a pursuit chopper, the riders break every law in the book. And they ride ahead without looking back even as one of their ‘fellow’ riders crashes and tumbles on the road – so much for biking brotherhood. 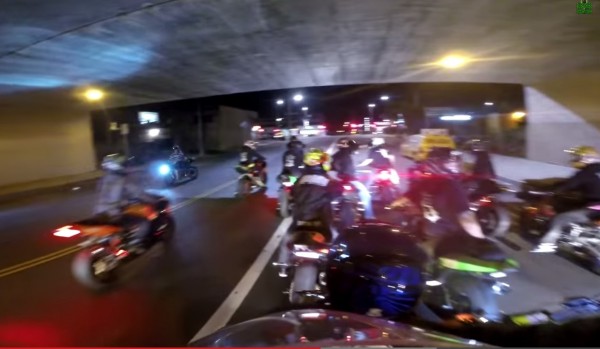 It’s such stupid acts by the so called ‘bikers’ which bring shame to the entire community. Check out this video and see the utter contempt these guys have for any civility. From what we hear, only one or two from the entire bunch got nabbed, rest went scot free. The audacity of these morons is something to be seen to be believed. Check out the crazy video below