A loud backfiring bang and suddenly everyone on the road turned their necks thinking a bomb just exploded. It wasn’t a serious explosion but a Royal Enfield fitted with a loud exhaust system which made its thump sound filthy more than anything. Abuses were hurled at the biker, which he probably thought were words coming at him out of admiration. Maybe, that’s what happens inside a biker’s head when he decides to fix these ugly sounding, ear splattering exhaust systems on their bikes. 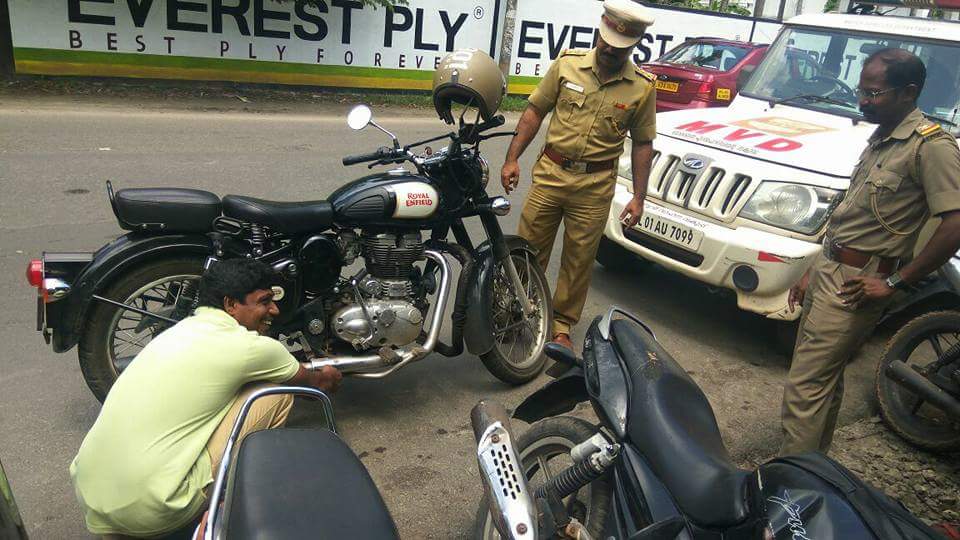 The Bangalore Traffic Police has found a unique way to silence all that rowdy sound though. In a Facebook post, they’ve shared a picture which shows what they do with all the Defective Silencers, Shrill Horns and Number Plates they confiscate all week. They line up all that illegal equipment on the road, summon a bulldozer, and flatten out all the noises which once emanated from those things. As expected, the post attracted a lot of usual online humour too. Some asked them to lend the machine to the roads department so that they could fix potholes, while some said they were only targeting victims of the disease rather than trying to root out the illness at its source.

While such accessories which break the decibel meter and human eardrums should definitely be banned, there are certified products too which unfortunately are termed as illegal by the Cops. Unfortunately, there is no defined rule book which will tell you what is okay and what’s not. So before you make any modifications to your vehicle, do check with the nearest Road Transport Office as what is allowed and what might be confiscated the next day. Whatever you do, be a considerate enthusiast who also cares about the effects of his indulgence on others. Sound is Music. Noise is just that.