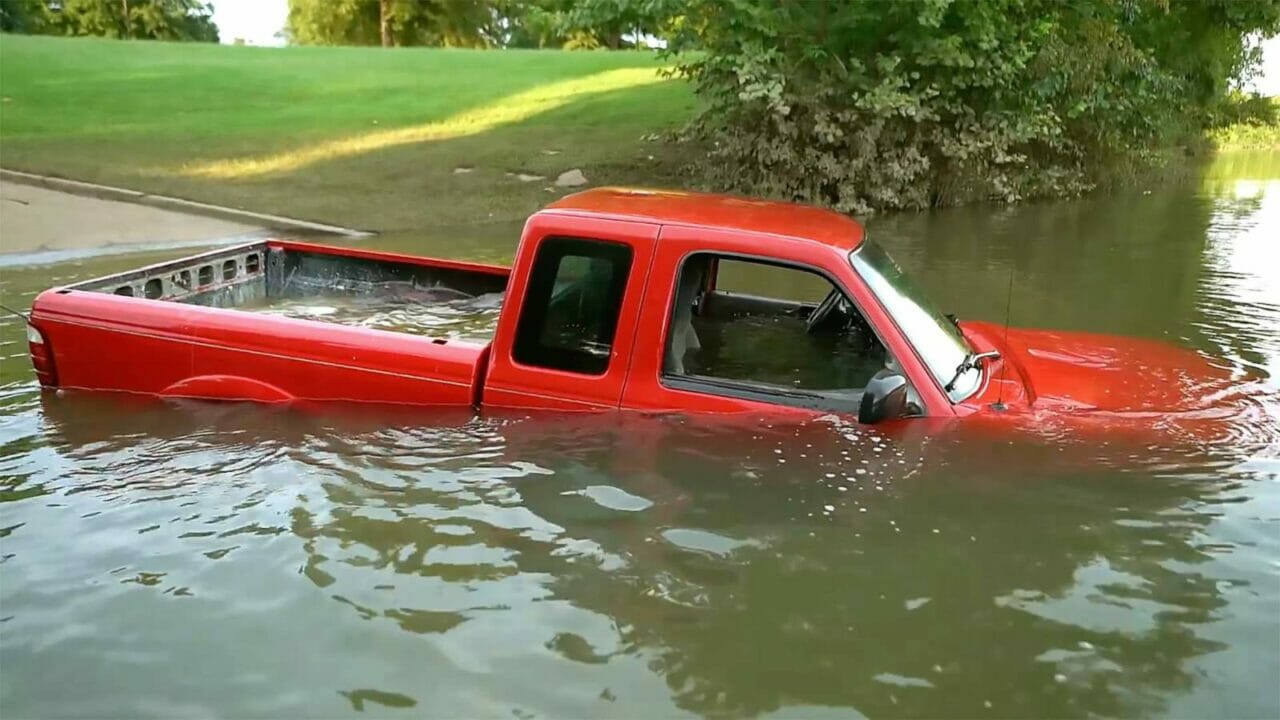 We have heard about professional divers in our country who jump into water bodies to retrieve something precious after the holy immersions or to retrieve someone in a grim situation. Here we have come across a man in the United States who jumps into the river to retrieve lost items of other people.

This man has retrieved almost everything over the past few years. From laptops to iPhones and from jewellery to even a gun, this man has pulled out literally everything. Here we have a video of him retrieving a pick-up truck from his local boat-ramp beside the river.

Jake, the creator of the video is a treasure hunter and scuba diver and records all his findings on his YouTube channel. In the video, he explains what happened and how he was able to recover the giant red Ford Ranger truck. The poor owner of the truck, named Derek, was at the boat ramp to pick up his boat and the truck most probably went downhill into the river by accident without him noticing. Probably he must have forgotten to put the parking brakes on.

Passersby could easily witness the truck underwater due to its huge size, its bright red colour and the fact that bubbles came out of the water which meant that the truck was pulling in the air which means it had its engine running during the time it went for a nice ‘dive’. Jake stepped in after the tow-truck service personnel refused to go underwater to hook the car due to safety reasons because the water was supposedly murky.

Jake then gets inside the water and hooks the rear axle of the car with chains. The chains are further attached to the bigger hook from the tow-truck which pulls it out of the water. The truck was all filled with water at the time when it was pulled out. What was even more challenging was that all the brakes of the pick-up truck had to be applied before pulling it out and the entire cabin was still pretty much inside the water.

The brakes are needed to be applied to keep the wheels locked and the truck does not slide down to the river again. Jake again had to go in the water, inside the cabin filled with murky water and apply all the brakes. This entire terrifying moment was also captured in his camera. Due to water inside, the parking brake lever must have got stuck which made him apply the emergency brakes behind the steering wheel. 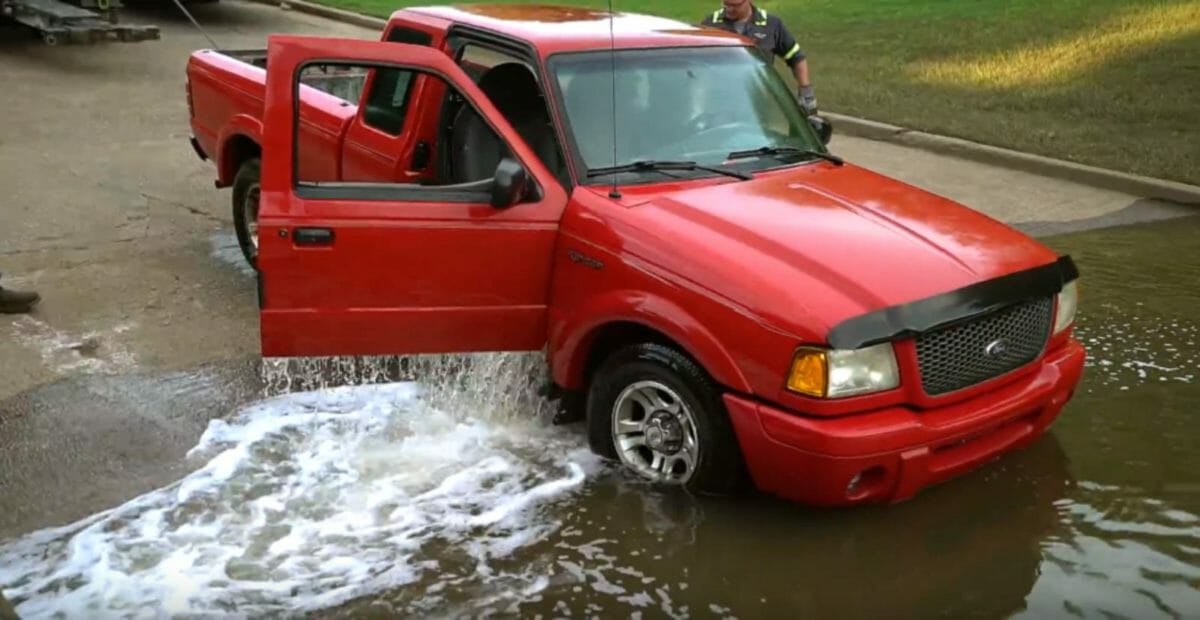 Given the amount of water the Ranger had taken in, it might have been very difficult to salvage anything. The engine was pretty sure dead and the interior of the car looks all messed up. The owner, who uses the Ranger for his business purposes, would have had to spend quite a lot of money to salvage the truck into proper running conditions but given his tight monetary condition that might not have been possible. So after rescuing his pick-up from the water, Jake also set up a special funding page for the owner, so that anyone could contribute towards the needy man and help him buy a new truck. Through this page, he raised up $10,000 for the owner, sufficient enough to buy him a decent truck. It is quite rare to find men like Jake nowadays!