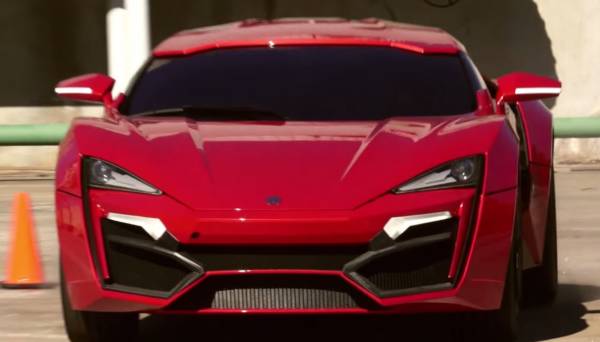 Just agree to this. Most of us who have watched the latest installment of Fast & Furious called bullsh*t on most of the stunts that were performed on the big screen. It doesn’t take a genius to figure out that most of the stunts in this movie are nigh on impossible. However, we all remember Dom (Vin Diesel) and Brian (Paul Walker) getting into the Lykan and then Diesel mashing the throttle to get away from Jason Statham. The scene was such that, the only way the two protagonists could escape, was by jumping the $3.4 million hypersport through the window of a highrise.

The leap of faith, quite literally. Especially when this Lykan has failed brakes (in the movie).

To refresh the memories of some of you who must have forgotten (highly unlikely) this scene, let us recap a bit. Diesel and Walker blast through the window of one Abu Dhabi’s Emirates Towers and conveniently make the jump into another. Most of us immediately ruled this stunt as being silly and improbable, but according to a professor of physics at Pierce College, this stunt was the most doable in real life. Since he is a man who knows what physics is, we have no qualms in accepting his theory and will go with it. “Falling four stories takes about 1.6 seconds, while falling two takes only about 1.1 seconds. To cover the necessary 150 feet in this time, the car would have to be traveling about 70 miles per hour if it falls four stories, or about 100 miles per hour to only fall two stories. Both of these speeds are clearly achievable by this car,” says the physicist. 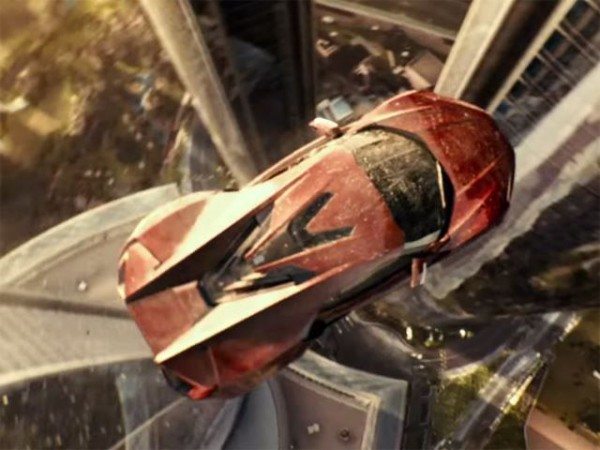 Physics says that this could be done, not that anyone would attempt it for real.

That said, he wasn’t too convinced by the the wild turns the car makes inside one of the buildings before making the manic jump through the window. This is far more unrealistic and even the testosterone-pumped heroes of the movie couldn’t have done for real. Most of the sequence was computer-generated and as obvious as it is, no one in their sane mind would allow to crash one of only seven hypercars in the world. Jack Gill, the stunt coordinator of Furious 7 knows what’s possible for real and what’s not and said “You’re not ever jumping a car from a real building.” Since the movie crew couldn’t crash a real Lykan through real buildings, they turned to ingenuity. 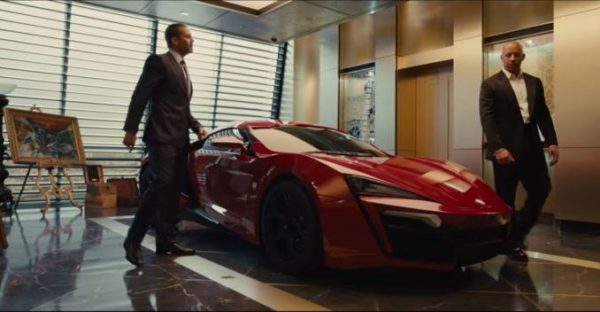 Dom and Brian jumped this Lykan. With some help from computer software, of course.

The Furious 7 team actually built a 40-foot tall enclosure made out of glass and steel inside a massive sound stage. Then a stunt driver smashed through these enclosures at high speed, thus recreating the sound needed for the actual movie scene. Of course, there were also some spare fake Lykans lying around for the scenes that would have caused damage to the real Hypercar. 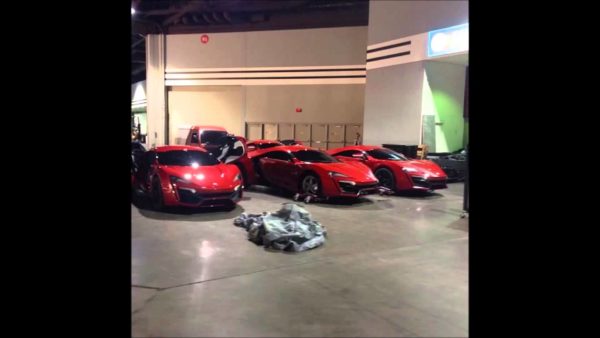 These may be just replicas, but they still cost more than an average hatchback.

So in conclusion what we are saying is, please don’t try and jump any vehicle from anywhere by yourself. Especially not from a highrise, because the authorities are not going to be very pleased and let’s face it. It’s only really cool when done in big-budget movies by our beloved actors.