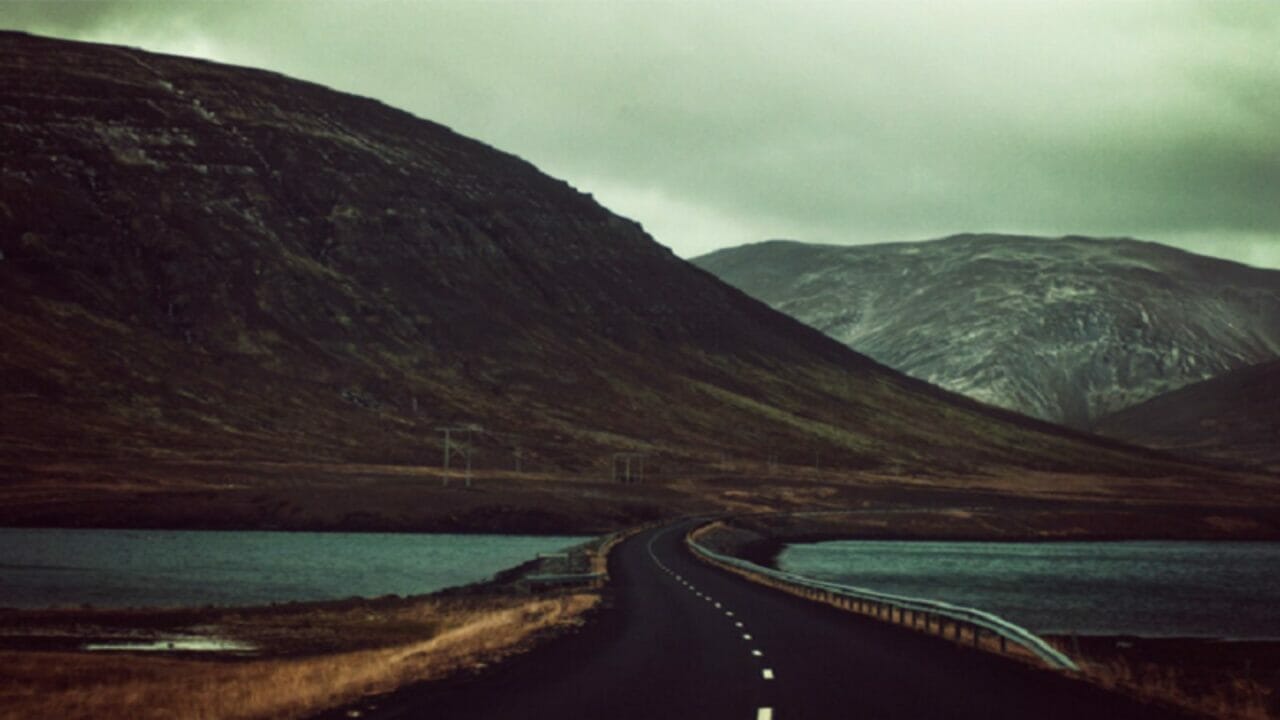 The current times have been very hard on everybody in general. For enthusiastic motorists, who often like to venture out, being caged inside their homes is definitely not the best of their hours. However, the good news is that things are gradually returning to normal, although this new ‘normal’ would be somewhat different from the ‘normal’ we were associated with the pre-COVID world.

Even though travelling and touring to other places is still a far off dream, we have compiled a list of the highest motorable roads/passes one should visit, once things ease down. 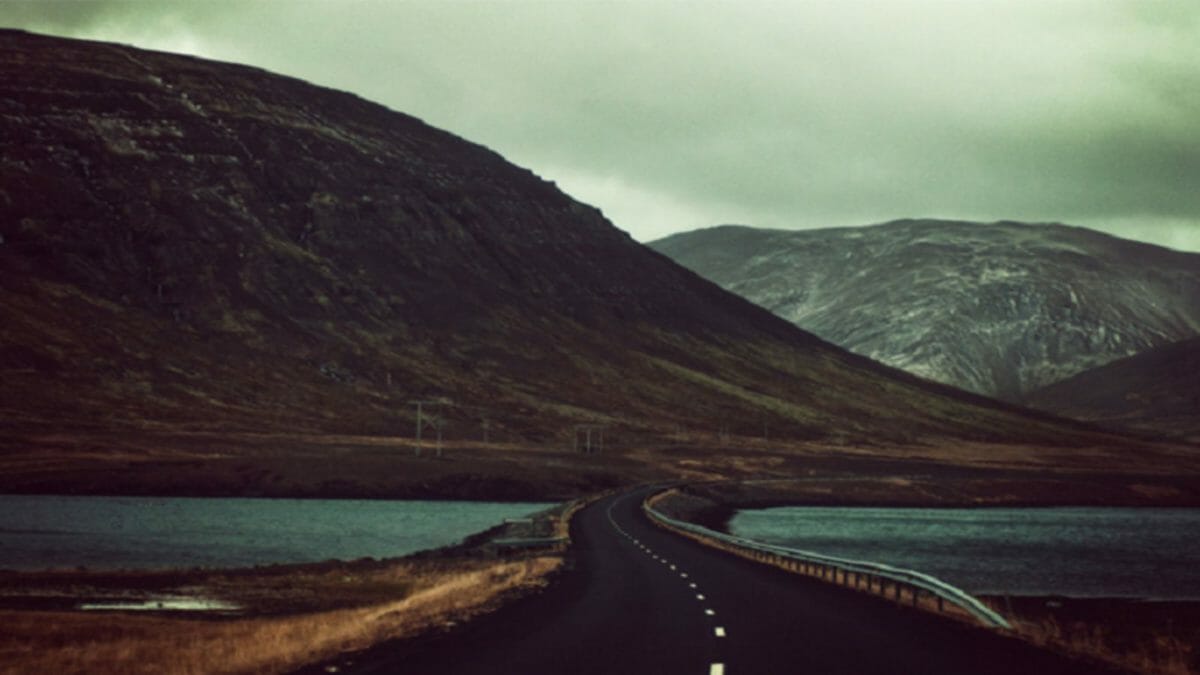 Most pictures used in this article are for representation only

For the sake of convenience, we have segregated the list into two categories- one for which you need special permission to visit and the other where you do not require any special permission. So for all the adventure junkies out there, the list that follows would surely help you plan your travel book. 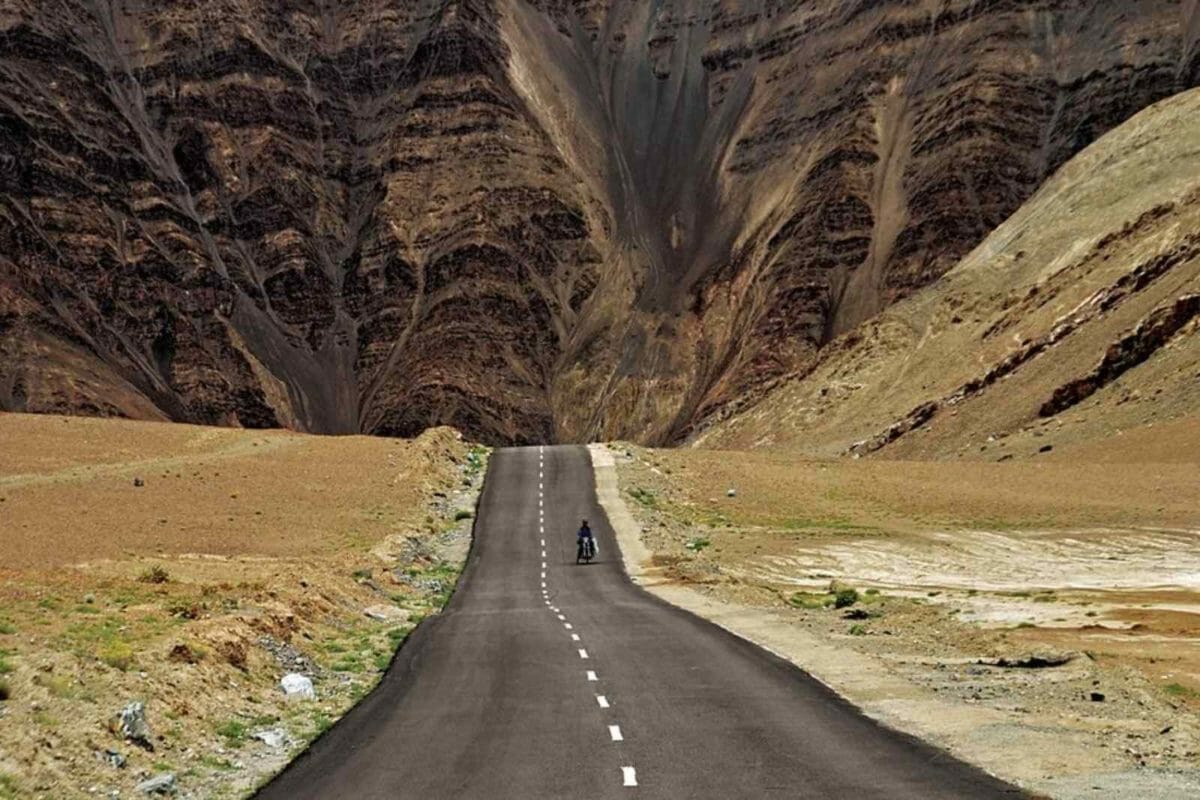 Connecting Chisumle and Dhemchok villages of Ladakh, Umling La or Umlingla is the highest motorable road in the world, about 235kms from Leh. Built under the Himank Project, it took 6 years to build this road which, in 2017, was declared open. Because of the fact that it is situated very close to the line of action between India and China, civilians need special permits from the Indian Army to drive on this road. The oxygen level at Umlingla Top is 50% less than at normal places. The 86km road, constructed by BRO,  goes up to an elevation of 19,300 feet. 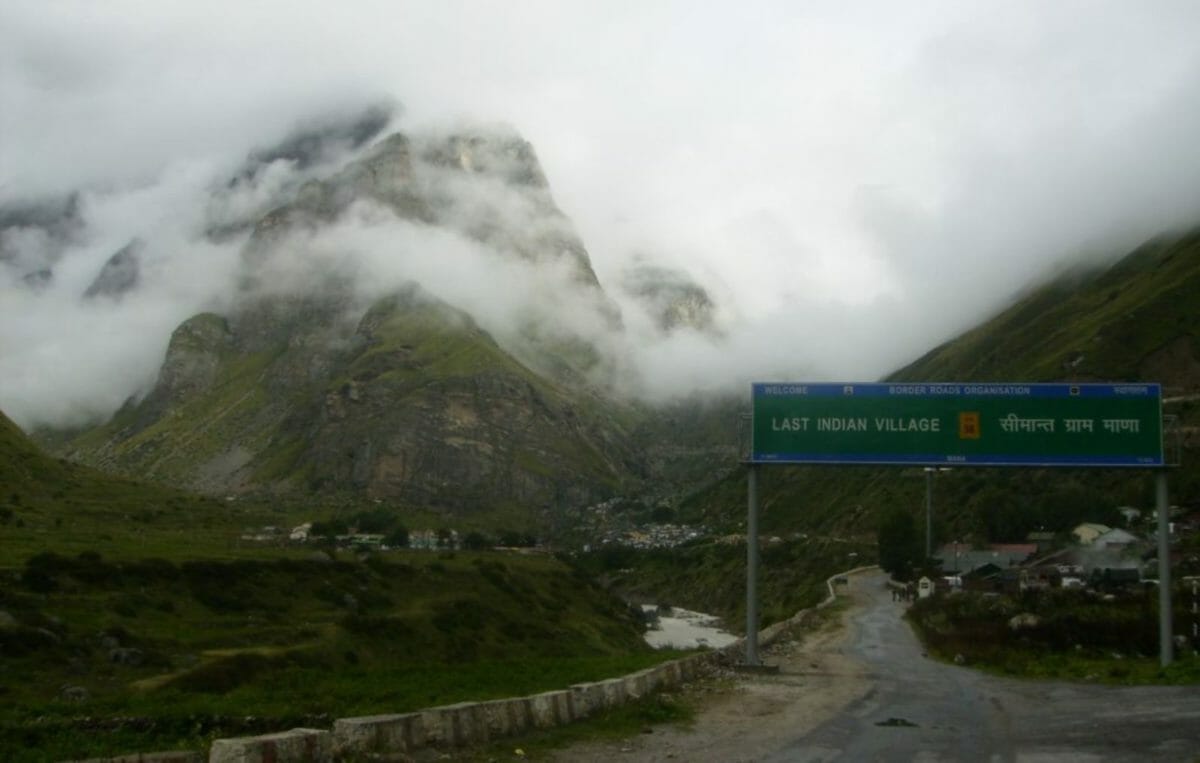 Dungri La, commonly known as the Mana Pass, used to be the highest road of India until 2017. Running near the Tibetan border and the Nanda Devi Biosphere Reserve, civilians need special permits from the Army and District Magistrate’s office to drive through this road. On SRTM data, it is at an elevation of 18,406 ft. It connects India to Tibet through the Zanskar mountain range. It was constructed in the 2005-2010 period for the Indian military by the Border Roads Organisation and visible on 2011 imagery on visual globe systems such as Google Earth. It is accessible through Badrinath, a Hindu pilgrimage town. 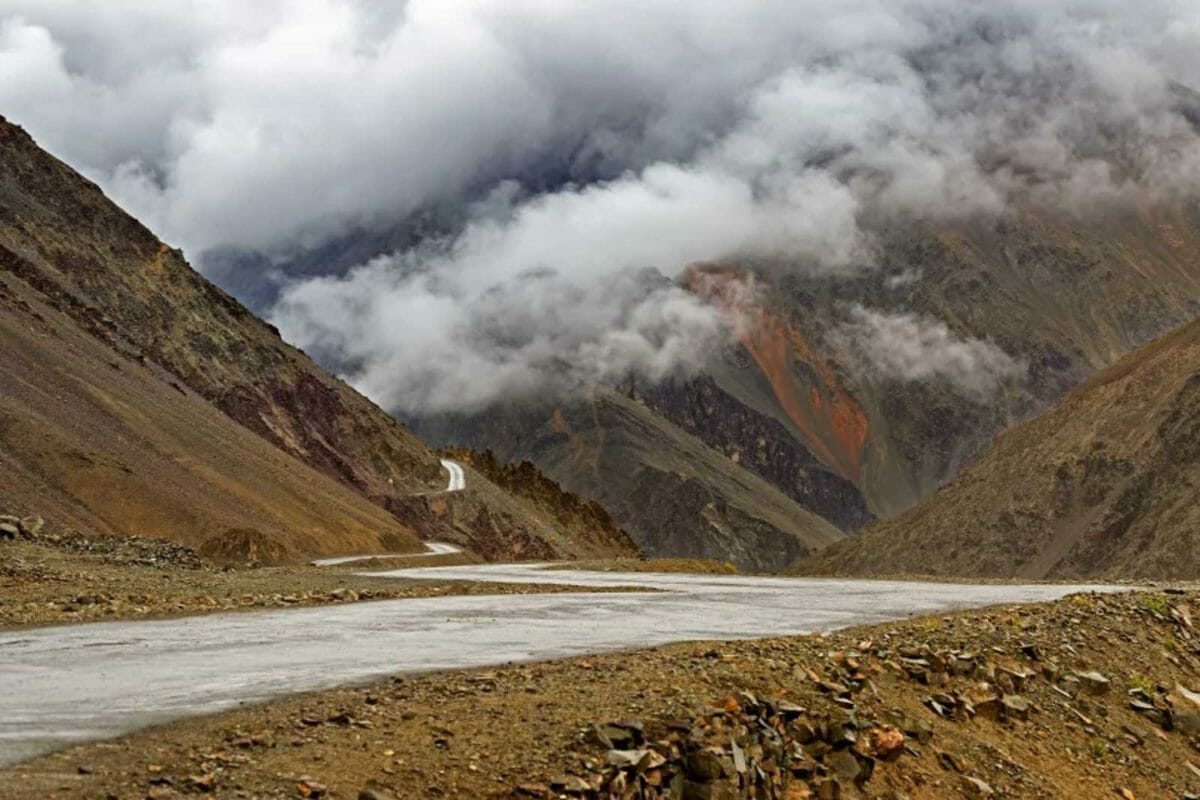 At an altitude of 5582 metres, Marsimik is a mountain pass in the Chang-Chenmo Range situated 96km east of Leh. Just before the start of Pangong Tso, a road turns north away from the lake and heads into the hills. 20 kilometres on that road lies the Marsimik La. You need permission from the Deputy Commissioner’s office in Leh to climb this pass. 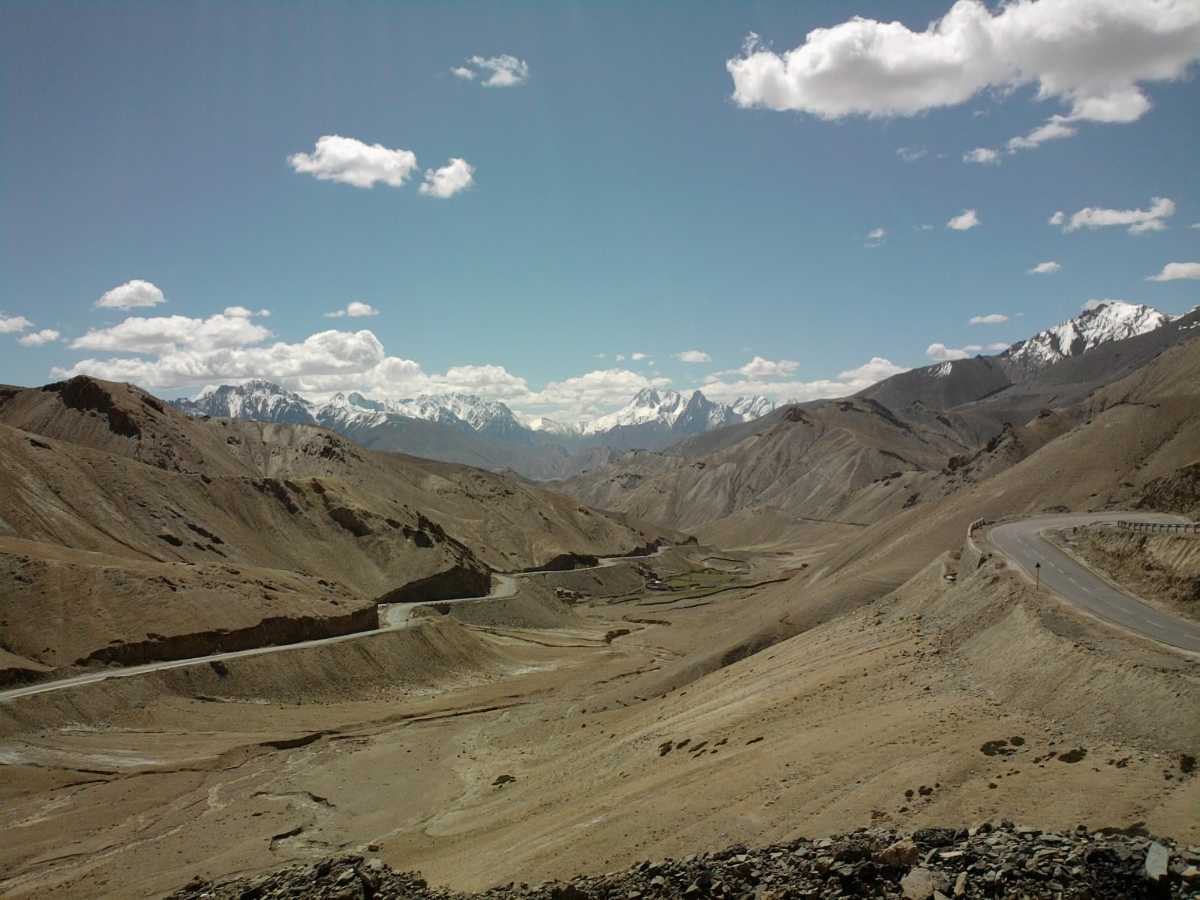 A much lesser-known name in the famous list of high altitude passes in India is Photi La. This high mountain pass is the latest entry in this list and is situated in the Zanskar range of Ladakh region. It is around 30 km from the beautiful Hanle Monastery (Hanle village) on the Hanle-Photi Le road. The road to the pass is very dusty and you won’t find any soul around due to very little oxygen. You need permission from the Army to conquer this pass. 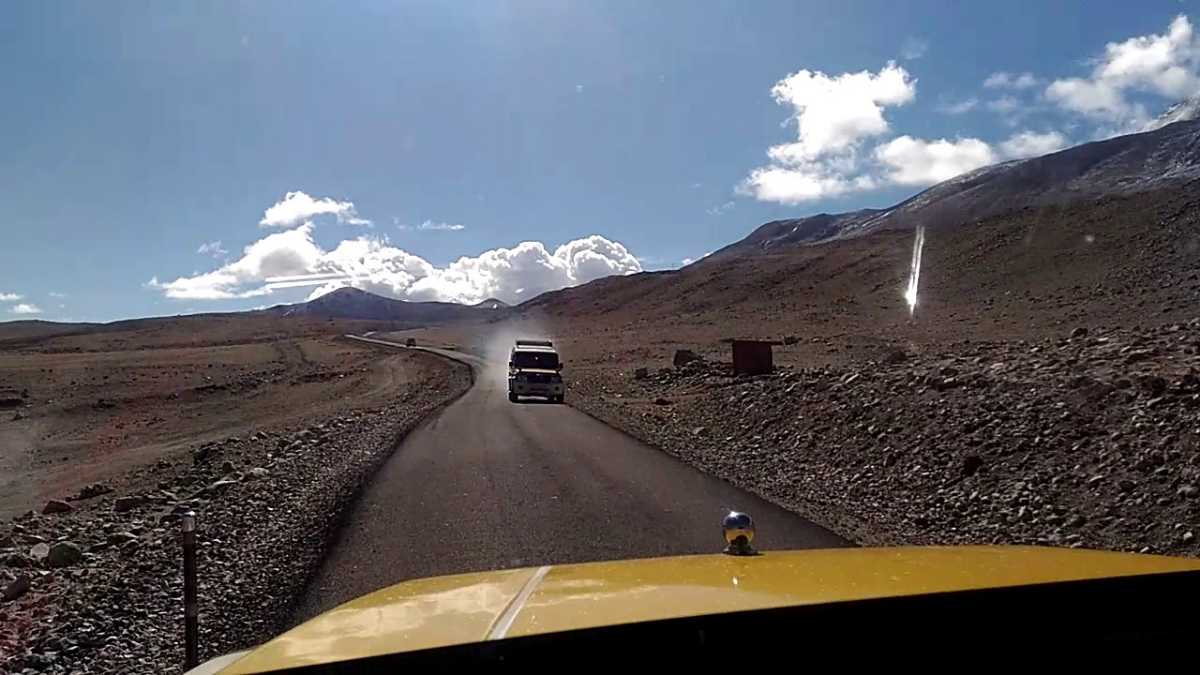 The Dongkha la or Donkia Pass is a high mountain pass in the Himalaya connecting North Sikkim in India with Tibet. The pass offers a picturesque view of the Tibetan Plateau and is 5km from the Gurudongmar Lake, also known as the Buddhist Holy Lake.  This lake is one of the highest lakes in the world. The pass is controlled by the Indian Army and civilians need special permits to visit the pass due to its proximity to the Tibetian border. 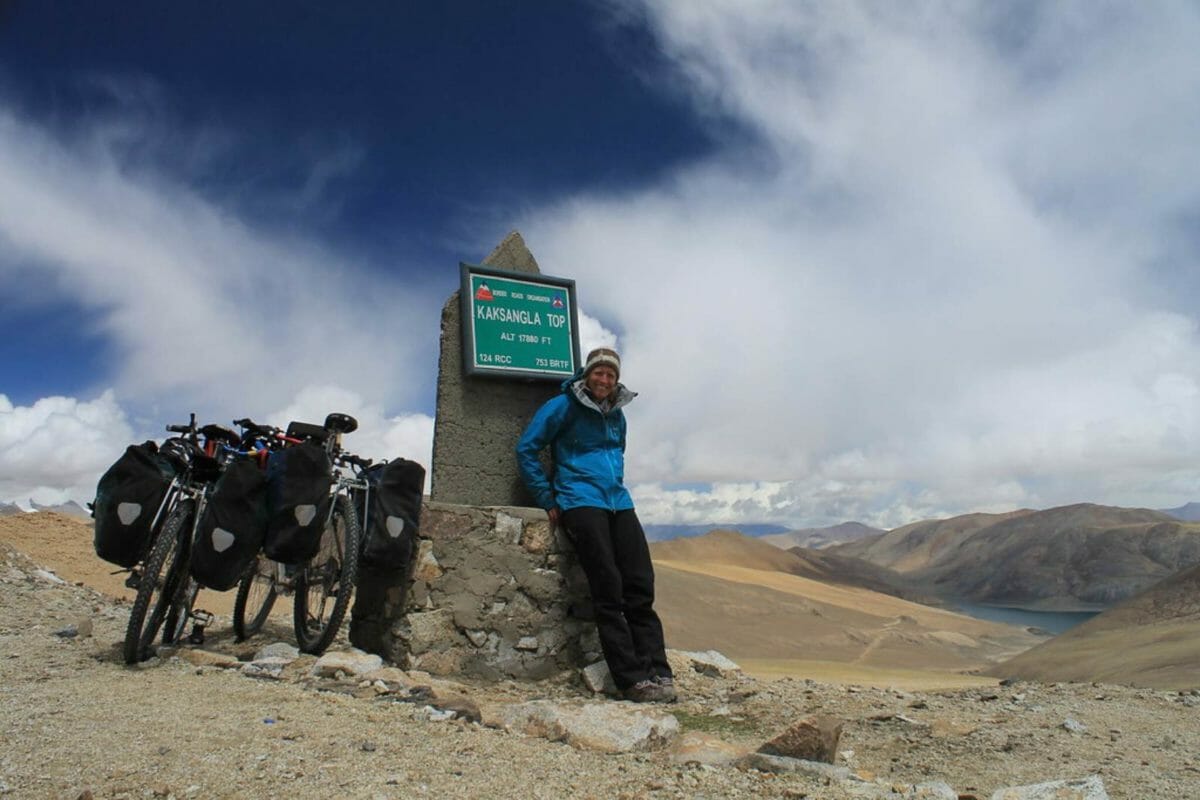 Kaksang La is a high mountain pass situated in the Ladakh region. It is located between Mahe (40km, 4,200m) and Chushul. The pass offers picturesque views of the fantastic lakes, mountains and valleys. Like all the passes mentioned above, you need Inner Line Permits and permission from the Indian Army to visit the pass. For Indian nationals, there are fair chances to get these permissions but for foreign nationals, it is quite tough. 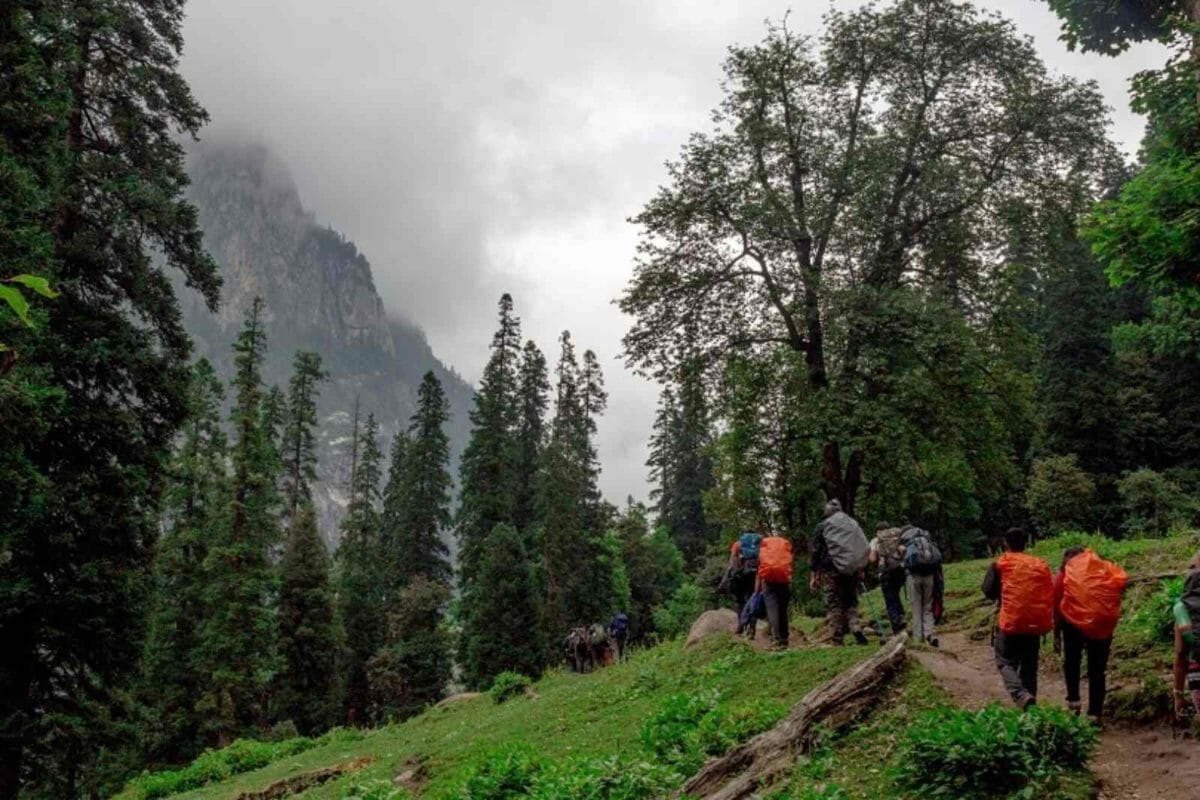 The Chang La Pass is one of the most frequented mountain passes in Leh and is a gateway to the majestic Pangong Tso lake. Chang La has the world’s highest research station established by the DRDO (Defence Research and Development Organisation) and is one of the most frequently used roads. Built by BRO and maintained by the Indian Army, you do not need special permits to drive on this road. A rewarding drive, the road from Leh to Pangong Tso is full of iridescent views accompanied by the dry desert and the cold wind. 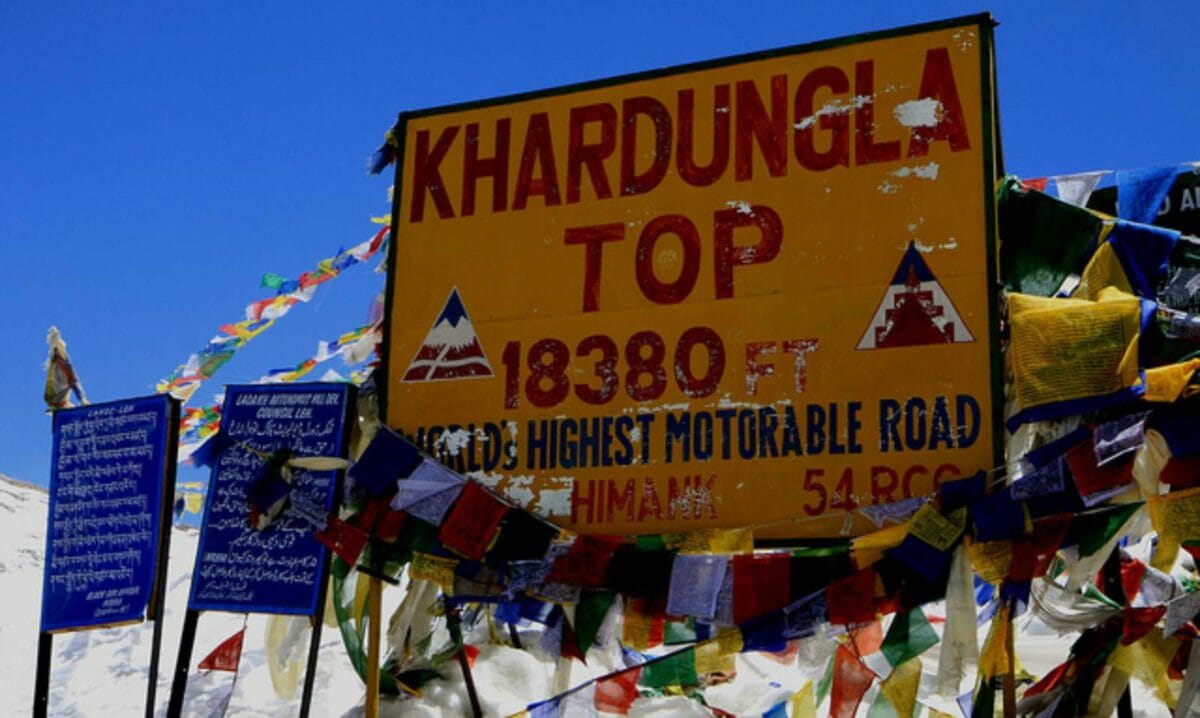 Often incorrectly claimed as the world’s highest motorable pass, Khardung La comes 8th in our list. Khardung La is located in the Ladakh region. Being the gateway to Shyok and Nubra Valley, Khardung La offers some fine panoramic views of the snow-clad Himalayan Peaks. Indians no longer need permits to reach here; only ID proofs are sufficient.  This pass was built in 1976, opened to public motor vehicles in 1988 and is maintained by the Border Road Organisation. 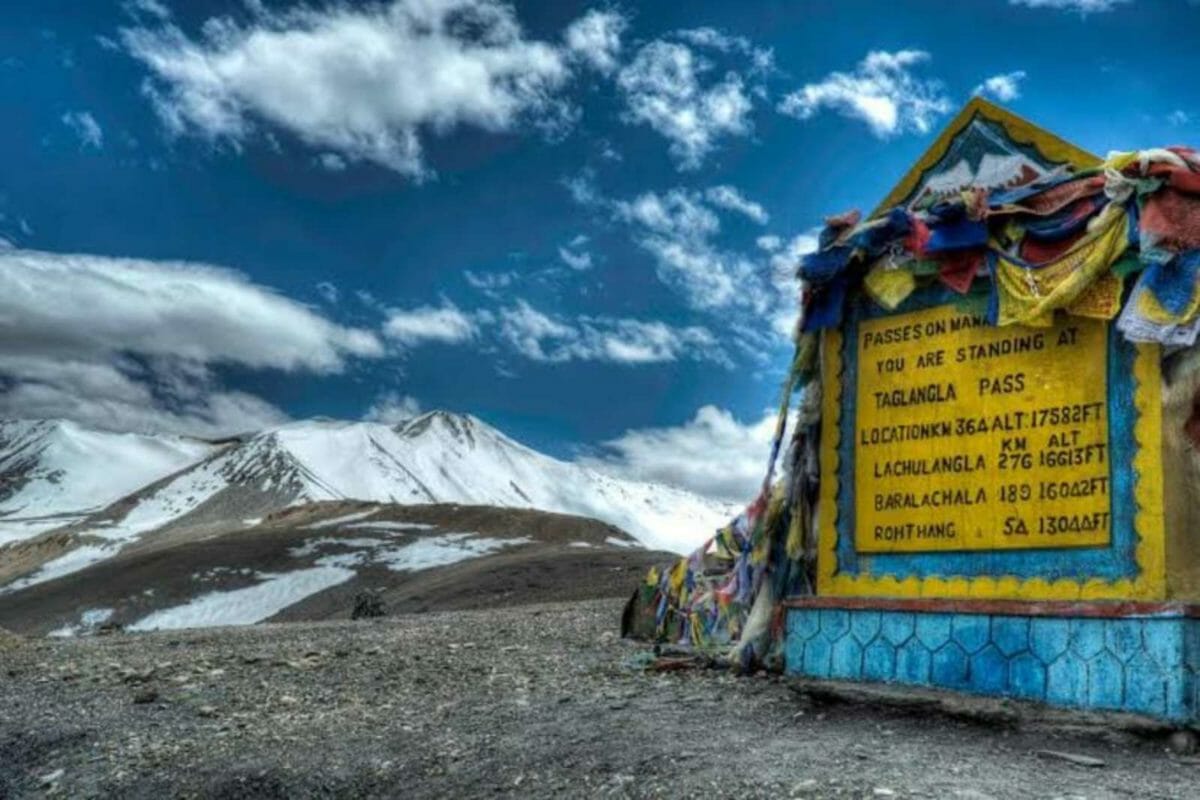 While travelling on the Leh-Manali highway, you will come across Taglang La, situated at an elevation of 5,328m above the sea level. Tanglang La is the highest motorable pass among the five passes on the Manali-Leh highway and is 61 km from Upshi. The road is quite well built, yet, quite dusty because it runs through a gorge. 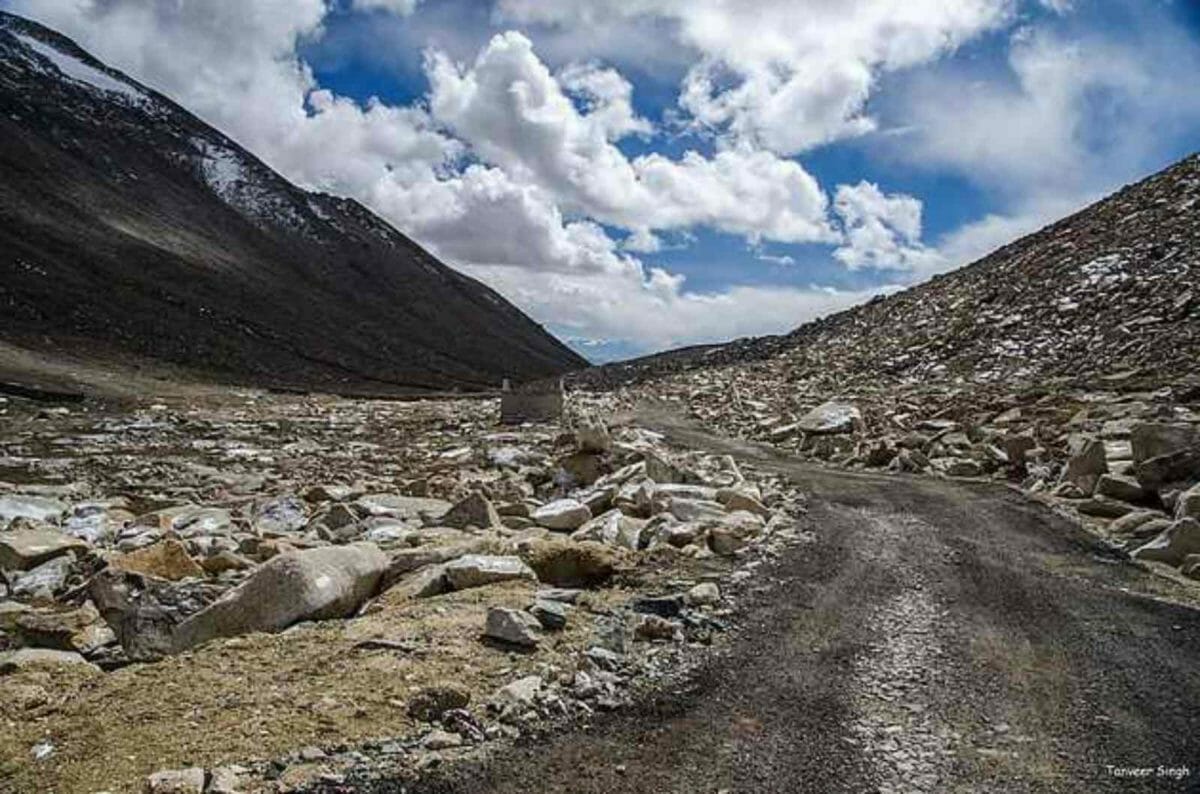 Wari La serves as a direct connection between Nubra Valley and Pangong Tso. However, it is one of the least traversed motorable roads in India. It is a highly remote pass and you might not find a single person visible throughout the journey. Travelling on this road is risky because the roads are an absolute mess with no one to help during an emergency.

Located about 100 kms from Tang La, Lachung La stands second among the five passes on the Leh-Manali highway, set at an elevation of 5059 metres. This 10th highest motorable road in India remains open only for 4-5 months in the summer. This is a very popular pass among the hikers and trekkers for the mind-stirring views of the Himalayas rendered from the top.