A few days ago, America received its first Lamborghini Centenario finished in a shade of black with blue accents across the body. Now, yet another bespoke supercar has made its way to the United States of America. The model in question is a Pagani Huayra BC. 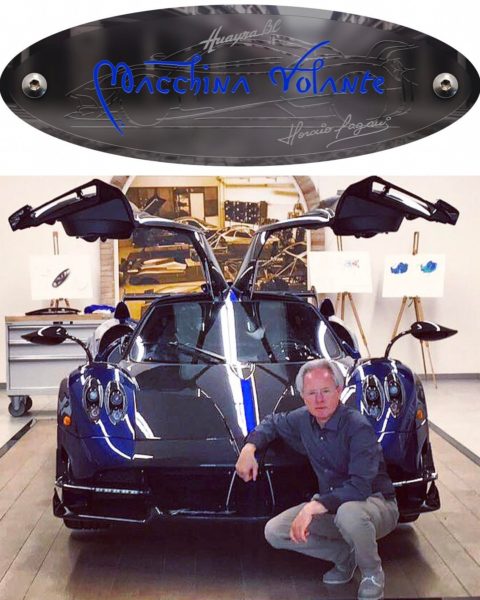 Christened after Benny Caiola, a friend of founder Horacio Pagani and the first customer of Automobili Pagani, the Huayra BC is limited to just 20 units across the globe. What makes the Huayra BC in the images here even more special is the fact that this model, dubbed as BC Macchina Volante (Italian for Flying Machine) features a number of custom touches.

To begin with, the Huayra BC Macchina Volante has been finished in a combination of blue and black carbon fiber. A few other highlights of the model include the vertically inclined Italian flag on the front bumper, blue pin stripes on all four wheels and blue brake calipers. Of all the Huayra BC units that Pagani will make, this unit will be one of the two models to feature additional air intakes and a roof scoop inspired by the Pagani Zonda Cinque. 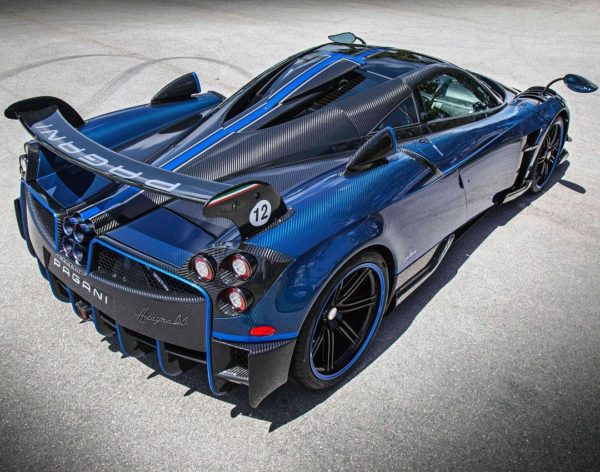 Propelling the Pagani Huayra BC is a 6.0-litre twin turbocharged AMG V12 engine that produces 830 hp and 1100 Nm of torque. Transmission duties are taken care of by a seven speed manual transmission sending power to the rear wheels. Speeds of 0-100 kmph can be attained by the Huayra BC in a mere 2.7 seconds. 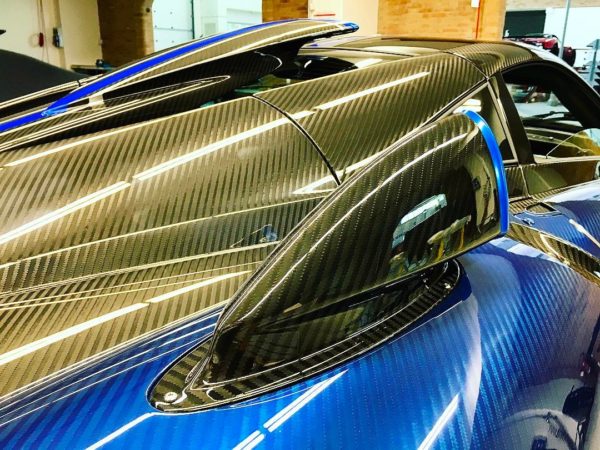 If you though the Huayra BC Macchina Volante wasn’t exotic enough, you should know that this bespoke model will share its garage with a one-off Pagani La Monza Lisa, Lamborghini Veneno Coupe (one of four in the world), Koenigsegg Agera XS and a Lamborghini Aventador SV with a paintjob named after the owner.