Home Hyundai Pune: Somebody Modified A Hyundai Santa Fe To Look Like A Lincoln

Done up by Pune based Autologue Design, the same guys who built the custom Chappie KTM Duke, this 2012 Hyundai Sante Fe, which admittedly looked a bit like marmalade, has been transformed to look like a big black Lincoln. 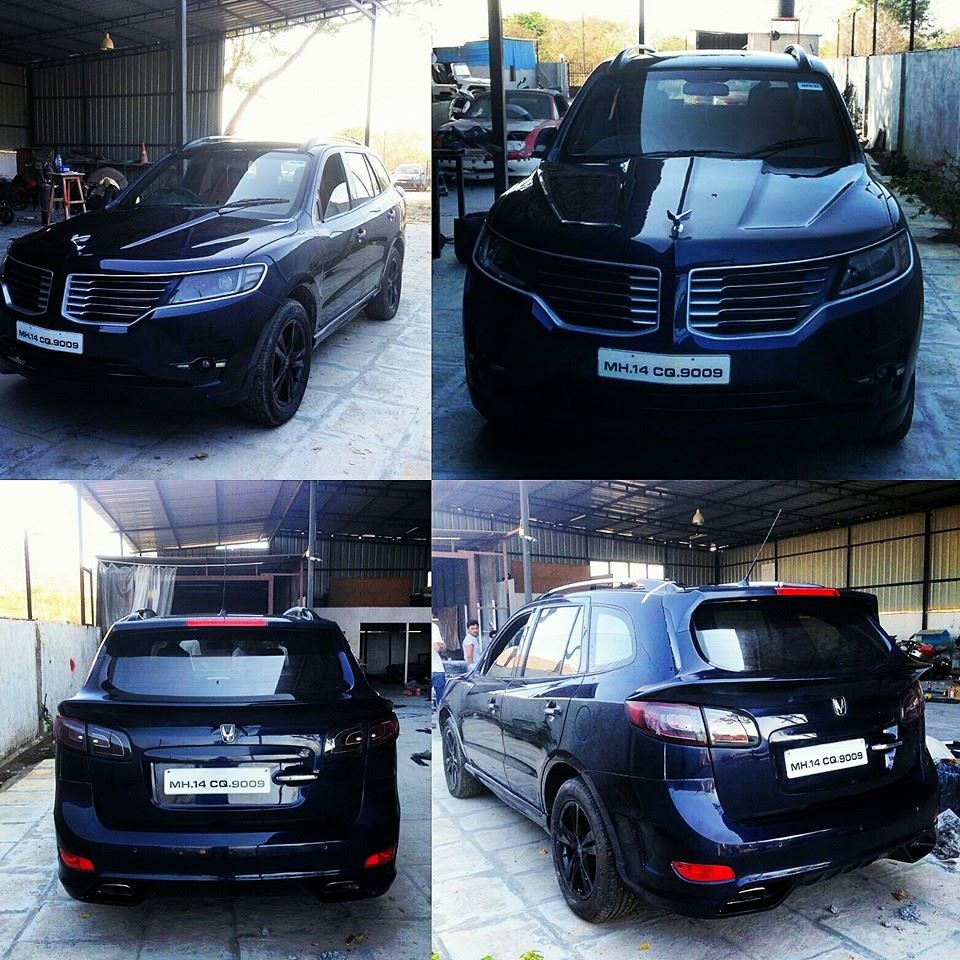 The Santa Fe’s visit to the plastic surgeon has yielded in it getting a Lincoln face that’s been accurately rendered from the original, a newly designed bonnet that screams Lincoln, along with modified front and rear bumpers.

Read – This Modified Suzuki Gixxer 155 Wants To Be A Tourer

There’s a substantial rear spoiler at the back, and even a diffuser-like element integrated into the rear bumper; both doing little for down-force, but nonetheless rocking the appearance of this “Lincoln Santa Fe” from the back. 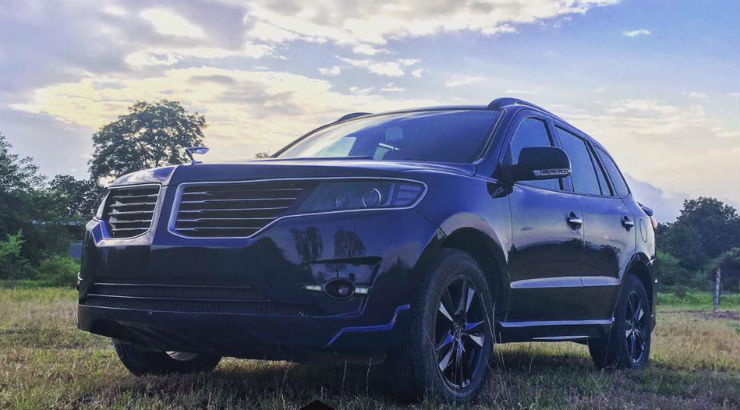 Under the hood of this modified Santa Fe lies a 2199cc, four-cylinder, turbo-diesel engine (stock), good for 197bhp and a healthy 420 Nm of torque. With 0-100 kph achieved in under seconds, the “Lincoln Santa Fe” can smoke most of its lazy American counter-parts in a straight line.