Home Hyundai Hyundai Elantra gets a facelift for the Thai market, is India next? 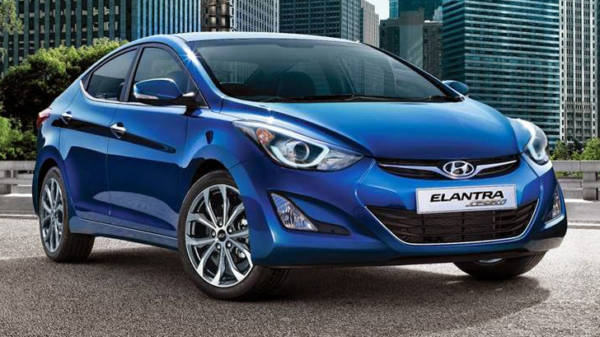 Hyundai Motors has launched the Elantra sedan in Thailand, a year after being introduced in their home country Korea. The car is called the ‘Elantra Sport’ and is exported from Malaysia, where it is assembled by Inokom, a licensed assembler of Hyundai cars in the country. Changes on the outside include revised front and rear bumpers, new projector headlights with DRL’s, differently shaped fog lamps, chrome outline on the window sills, new LED combination tail lights and new 17-inch wheels.

On the inside, the AC vents on the center console have moved upwards and a rear AC vent has been introduced too. A 3.5-inch OLED display makes an appearance in the instrument cluster along with a  three-mode Flex Steering system. The Thai spec Hyundai Elantra is powered by a 1.8 litre Nu four-cylinder engine that produces 150 PS and 178 Nm of torque, which is transferred to the wheels via a 6-speed auto box.

The changes are mostly cosmetic. However, those revised headlamps do look eye catching, while moving the AC vents in the center console upwards fills up the empty space, which hasn’t gone down too well with prospective buyers of the current version.