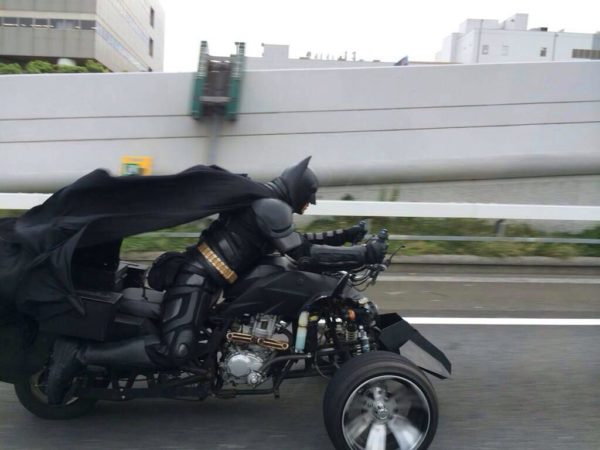 Spotting the real Batman is one hell of a task but for the people of Chiba, Japan, it is a usual sight. Yes, he is the same Batman who was caught on a YouTube video days before. Yesterday, we reported sighting of a mysterious Batman riding on his Batpod. Curiosity surrounded around the identity of the person as the video went viral on social networking websites and microblogs. The video has already crossed half-million views on YouTube in a matter of just four days.

So who exactly is this bloke?

He is not a millionaire. Neither is a celebrity. Apparently, no one knows what is his name? The people who spot him regularly fondly call him the Chibatman (as he lives in a Japanese city called Chiba). The 41 year-old Chibatman works is a welder by profession. He dresses in his caped outfit on his way to work, everyday. 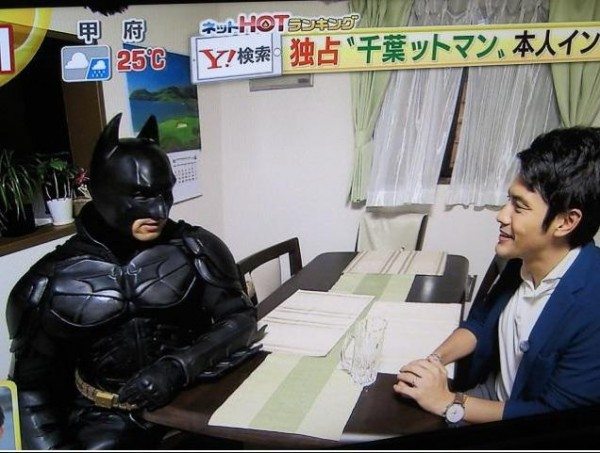 In an interview to a Japanese website Kotaku, the caped crusader said, “I do it because I want to see everyone smile.”

The Batpod, unlike the movie, is a trike, instead of a two-wheeled bike. The reason to ride a trike is that under the Japanese law, you don’t need to wear a helmet on this form of vehicle. They’re classified as a type of car.

So he does not fight crime and evil but still does a great job of making people smile in the morning. Wouldn’t we like to see someone like him on our way to work, especially on a Monday? Do you agree? Write us your thoughts through comments below.