Home Honda Next-Generation Honda City Launched In Thailand; Will Make Its Way To India By Mid-2020

Today, Honda Motors officially launched the 5th generation Honda City in Thailand. The new-generation sedan now gets a sporty exterior design and an extra luxurious interior. Apart from that, the car now comes fitted with a new 1.0-litre V-TEC TURBO engine that delivers 122 PS of maximum power and superior fuel efficiency. Also, the new Honda City will now be available with an RS variant. This new sportier variant will get the complete RS package, the latest generation of Honda Connect technology and a new exterior colour – Ignite Red. 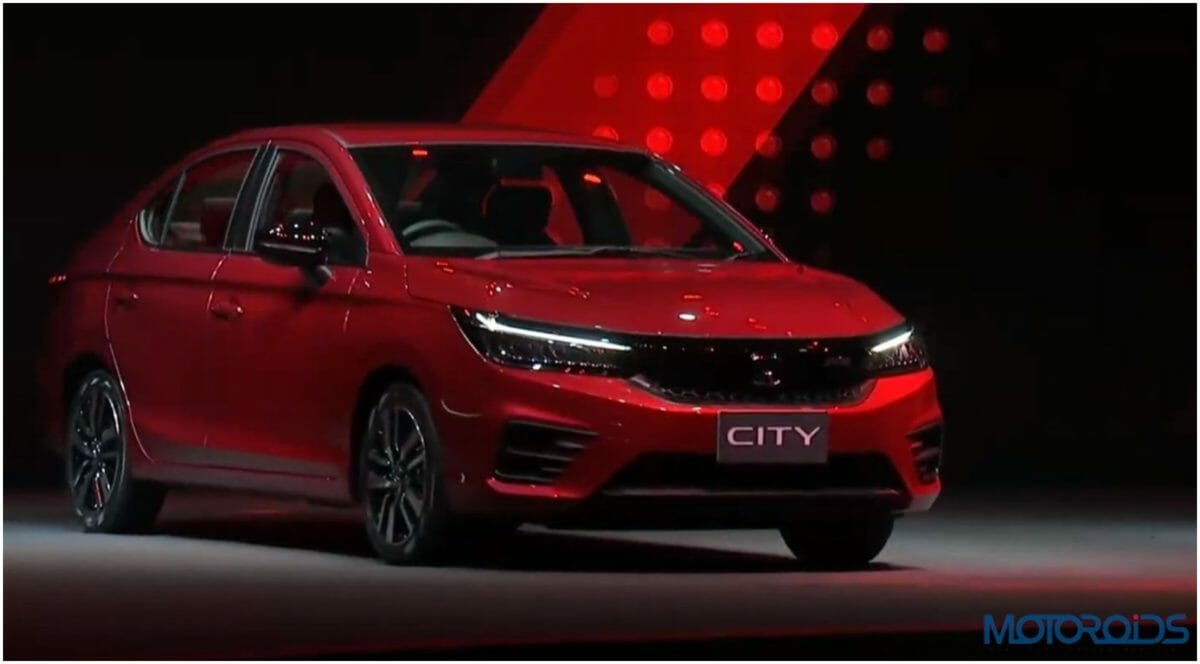 In terms of design, the new Honda City gets many exterior highlights like a set of projector headlights with LED DRLs (Daytime Running Lights), LED taillights, a chrome front grille, shark fin antenna and newly-designed 15-inch alloy wheels. On the inside, the car gets a bigger and much more spacious cabin when compared to the previous-generation model. The car gets a black interior with leather seats, a dual-tone ivory/black interior (SV variant only), a piano black console, and a set of chrome inside door handles. In terms of technology, the new Honda City gets various premium functions such as a Multi-information Display (MID) with illumination, an 8-inch advanced touch display with Apple CarPlay and Siri voice control, a multi-function steering wheel with HFT, Bluetooth connectivity and an automatic air-conditioning system. 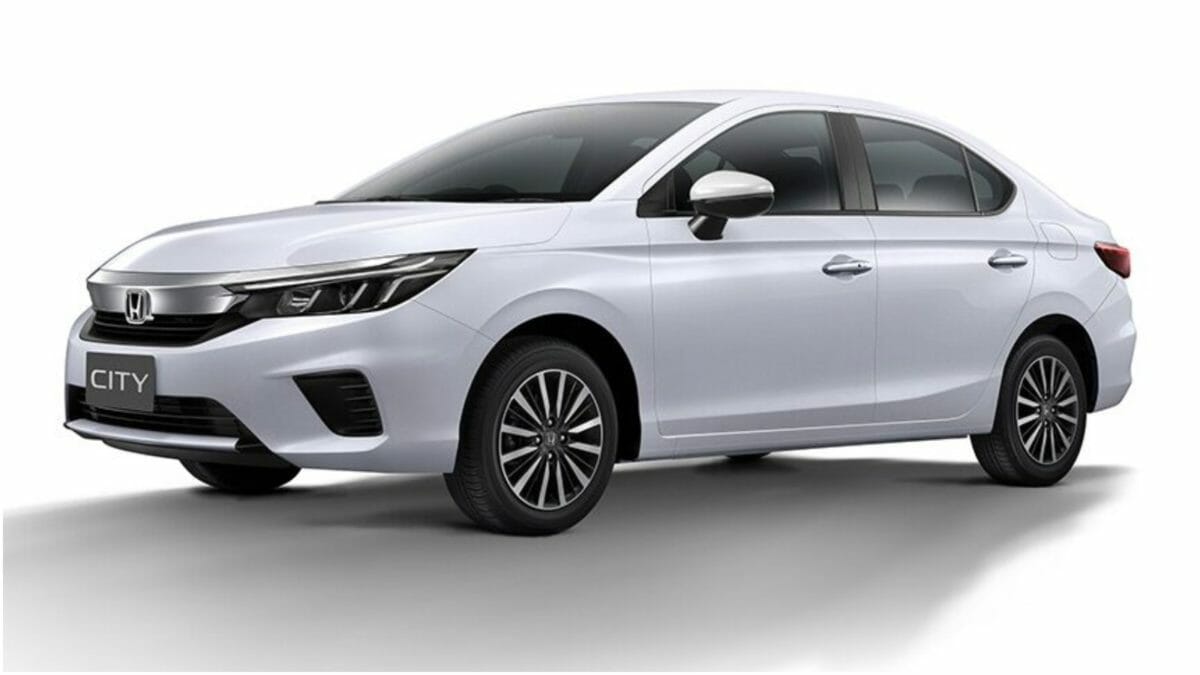 On the other hand, the RS variant comes with a complete set of sporty aero parts including a gloss black front grille with the RS emblem, a sporty front bumper, a set of LED headlights with LED DRLs (Daytime Running Lights), LED fog lights, a sporty black power-retractable side door mirror, a gloss black trunk spoiler with the RS logo and a set of new sporty 16-inch alloy wheels. The new Honda City will come in 6 colours: Ignite Red Metallic (exclusively for the RS variant), Platinum White Pearl (exclusively for the RS and SV variants), Crystal Black Pearl, Lunar Silver Metallic, Modern Steel Metallic, and Taffeta White for the V and S variants. 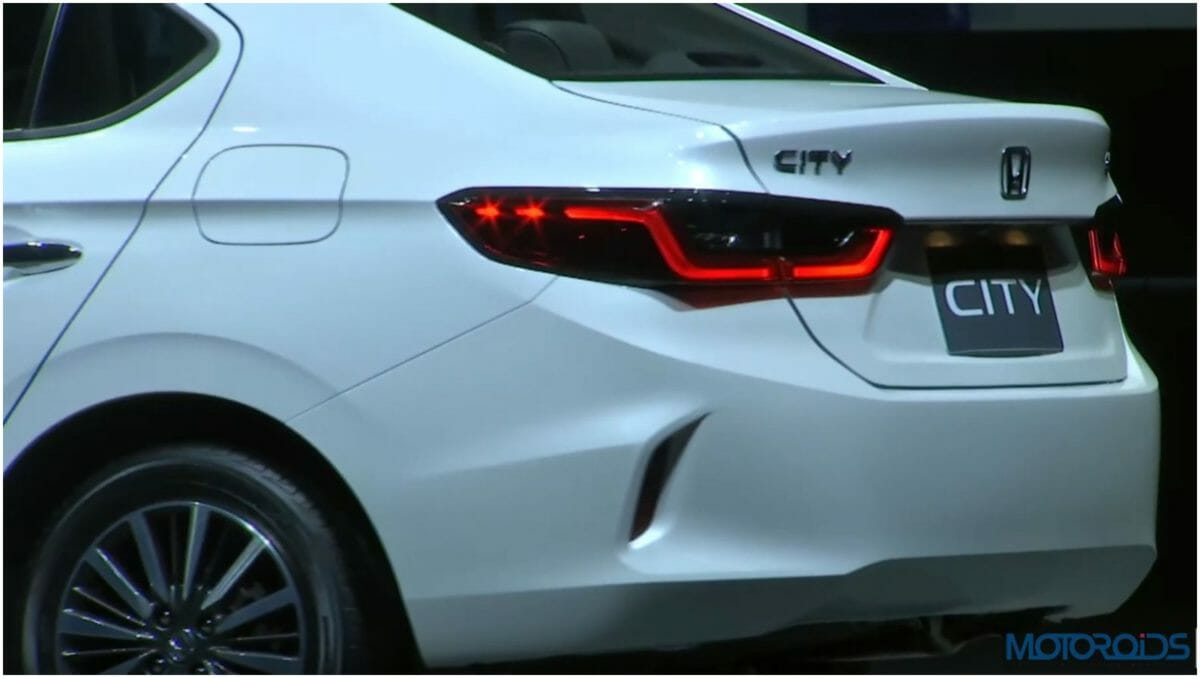 Talking about power and performance, the all-new Honda City comes fitted with a new turbocharged 1.0-litre, DOHC, 3-cylinder, VTEC petrol engine. The turbocharger on this engine enhances combustion efficiency and provides a maximum power output of 122 PS at 5,500 rpm and 173 Nm of peak torque between 2,000 to 4,500 rpm. The engine is then mated to a CVT (Continuously Variable Transmission) gearbox to provide a fuel efficiency figure of 23.8 km/l. The 7-speed paddle-shift system also offers exciting yet comfortable driving experience, thanks to the cruise control system. Also, the new City is now EURO 5 compliant, which means it is now BS-VI compliant too. The all-new Honda City will now be available in 4 variants: RS, SV, V and S. The car is expected to launch in the Indian market by mid-2020. So, stay tuned for more updates about the latest-generation Honda City. 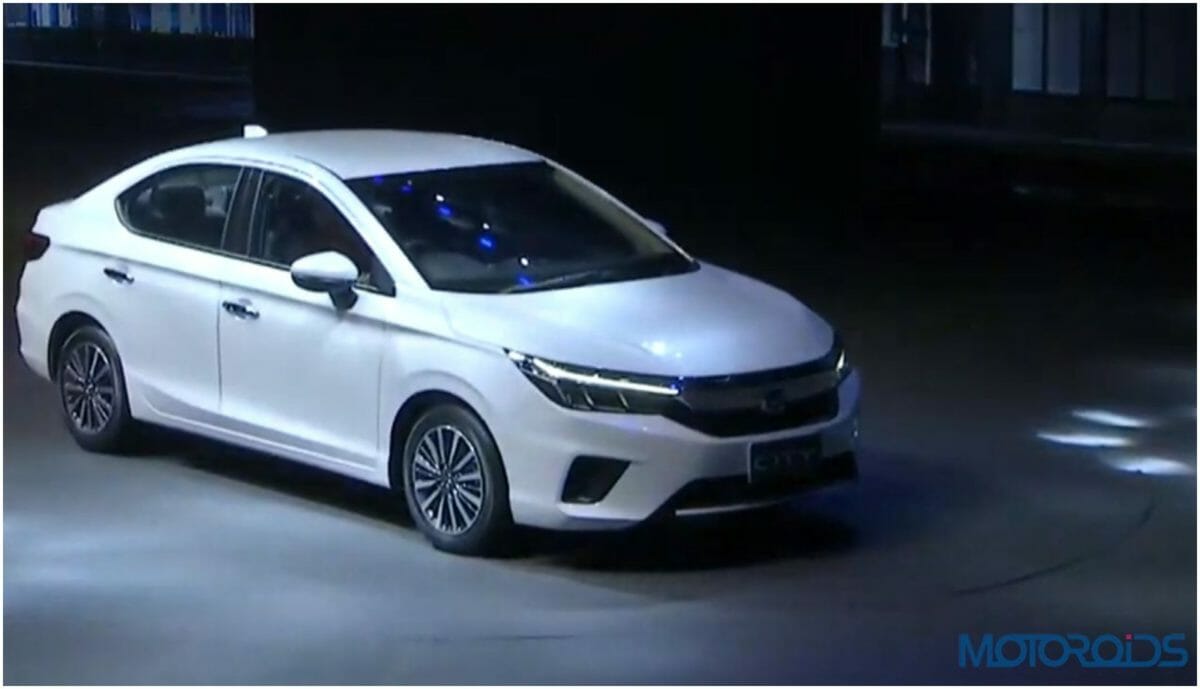 Mr Masayuki Igarashi, Chief Officer for Regional Operations (Asia & Oceania), Honda Motor Co., Ltd., and President and CEO, Asian Honda Motor Co., Ltd., said, “Honda City, one of our most important models, was developed and launched as a regional model back in 1996. It has consistently received overwhelming feedback from the 1st through the 4th generation, with accumulated sales of four million units in 60 countries worldwide. The Asia & Oceania region is an important market for Honda City, with more than 100,000 units sold in the region in 2019 (January to September 2019), which accounts for almost 70% of Honda City sales worldwide. We also consider Thailand as a key market for Honda City due to the country’s strong market potential and because it is Honda’s largest production base in the region. As Thailand is the leading market for City, today Thai people will be the first to witness the world premiere of the 5th generation all-new Honda City, which we expect to create an unprecedented phenomenon as it exceeds the expectations of customers and sets a new standard for Thailand’s automotive market once again.”

Mr. Pitak Pruittisarikorn, Chief Operating Officer, Honda Automobile (Thailand) Co., Ltd., said, “Honda City has been the main contributor to driving Thailand’s automotive industry in the city car segment as it continuously set new benchmarks, becoming like an icon for this class of automobile. The model usually wins customers’ hearts and holds the top position in the subcompact market. As a result of Honda City’s achievements and its significance over the past two decades, developing the next-generation Honda City was very challenging, as we aimed to come up with a better-developed model than the previous ones and every other model in this class, along with new value-added by advanced technology features and a lower price for every variant. The all-new Honda City will eventually set a new benchmark and create a new phenomenon in Thailand’s city car segment once again.”