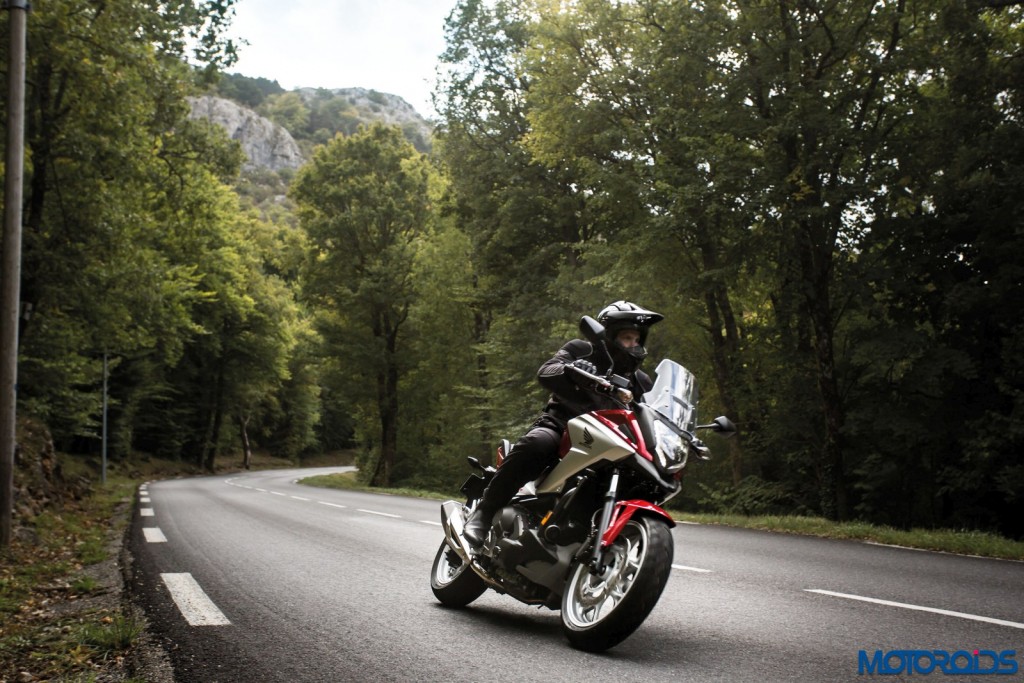 The Honda NC series is a middle weight adventure tourer – ish motorcycle from Honda which was first introduced in the year 2012, and has met with great success since. Powered by a 750cc twin cylinder engine with a long stroke, under square engine, the motorcycle is known for its cruising capabilities, along with great fuel efficiency. The model family comprises three members, the NC750D which is more on the lines of a maxi scooter, the NC750X crossover and the NC750S naked model. 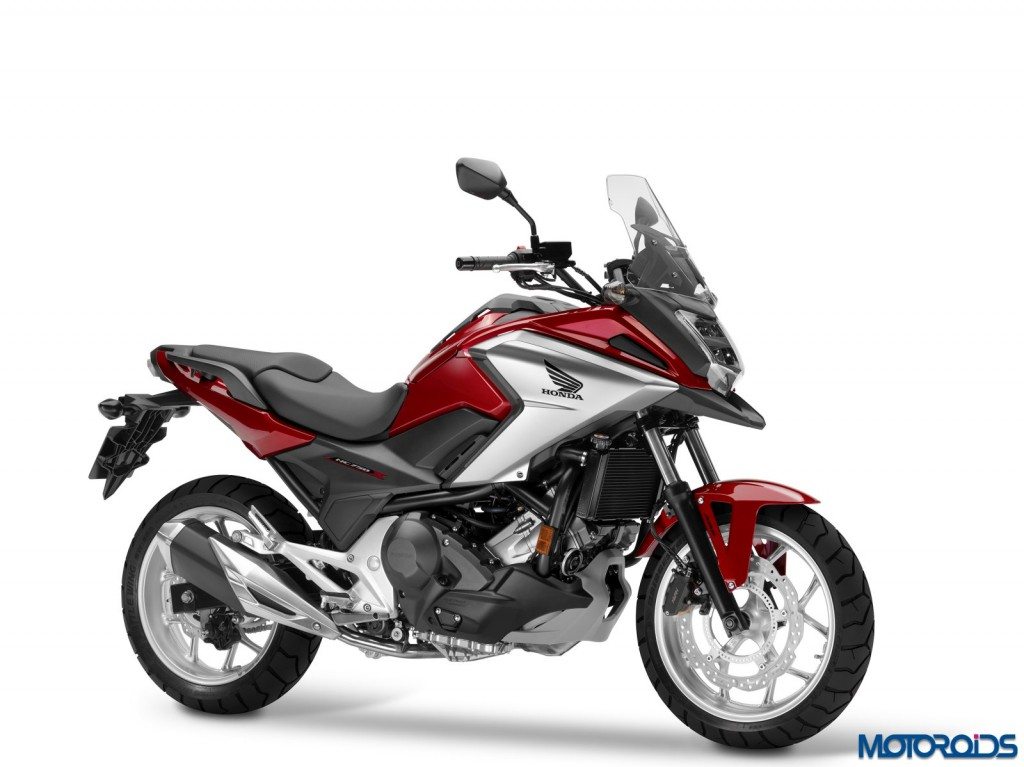 For the 2016 model, the NC750X has been enhanced visually with a more rugged, adventurous look. Just like its 500X cousin, the motorcycle gets LED lights front and rear. The windscreen height has been raised by 70mm. Front suspension now comprises new Showa “dual-bending valve” fork for a more linear damping character. The rear shock absorber now comes with a new pre-load adjuster. The unique storage trunk where you generally have the fuel tank has a helmet storage, and has been increased in volume to 22 liters from the earlier 21 liters. 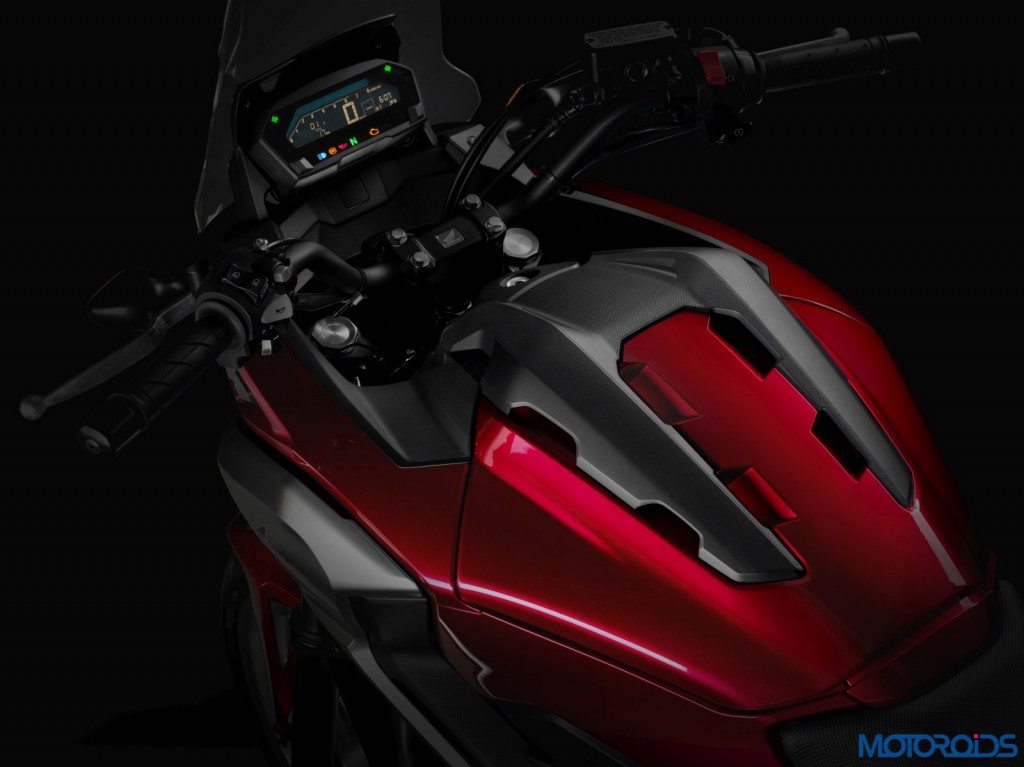 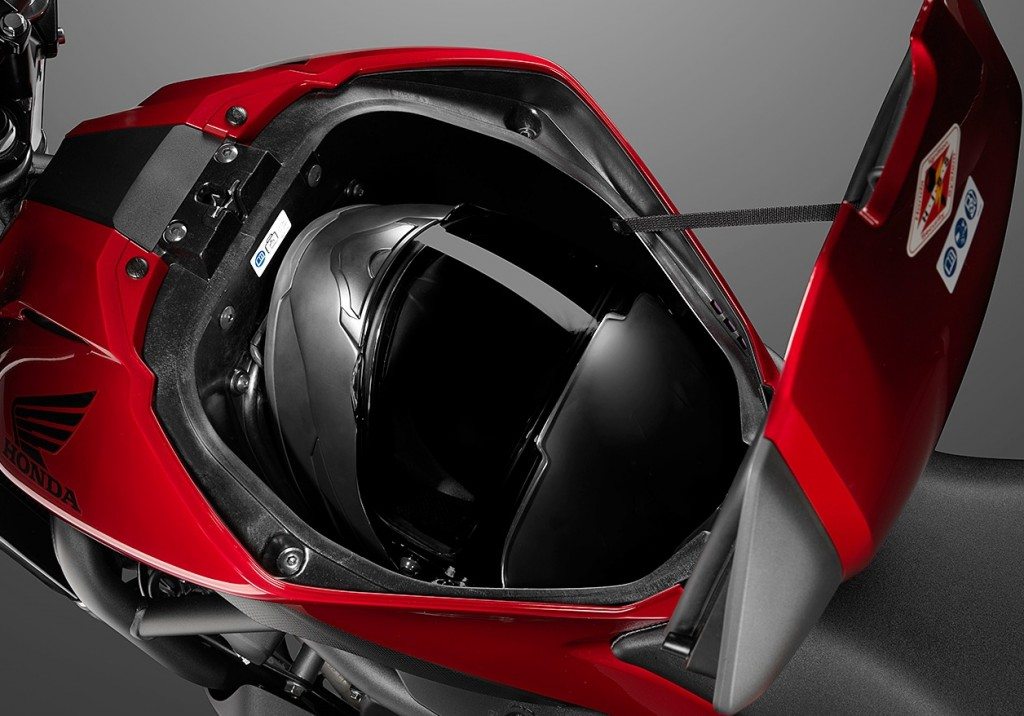 Three levels of S mode have been introduced for the motorcycle’s Dual Clutch Transmission version. The rider can now choose from S1, S2 and S3 modes. First announced for the DCT version of the new Africa twins, the new modes differ in how much they allow the engine to rev before upshifting – extracting the maximum from the DCT gearbox.

Check out the image gallery of the new motorcycle below.