Manufacturer-backed customization contests are the best. Customization houses are given complete freedom to build a motorcycle and the donor bikes are provided by the manufacturer itself. In one such contest named Honda Garage Dreams, Honda dealerships in Portugal and Spain were asked to customize CB650R models. For 2020, the design brief for contest entrants was simple: Take a shiny new CB650R and make of it what you will. Though there were many drool-worthy entries, one clearly managed to stand apart from the rest of the crowd.

There were as many as 36 entrants for this year’s contest and guess what? Each entrant had a different thing going for it. This particular build is inspired by the Team HRC’s rally bike which they deploy in the Dakar rally. This build is christened as Honda CB650R Rally and is built by Portugal-based Honda Wingmotor. 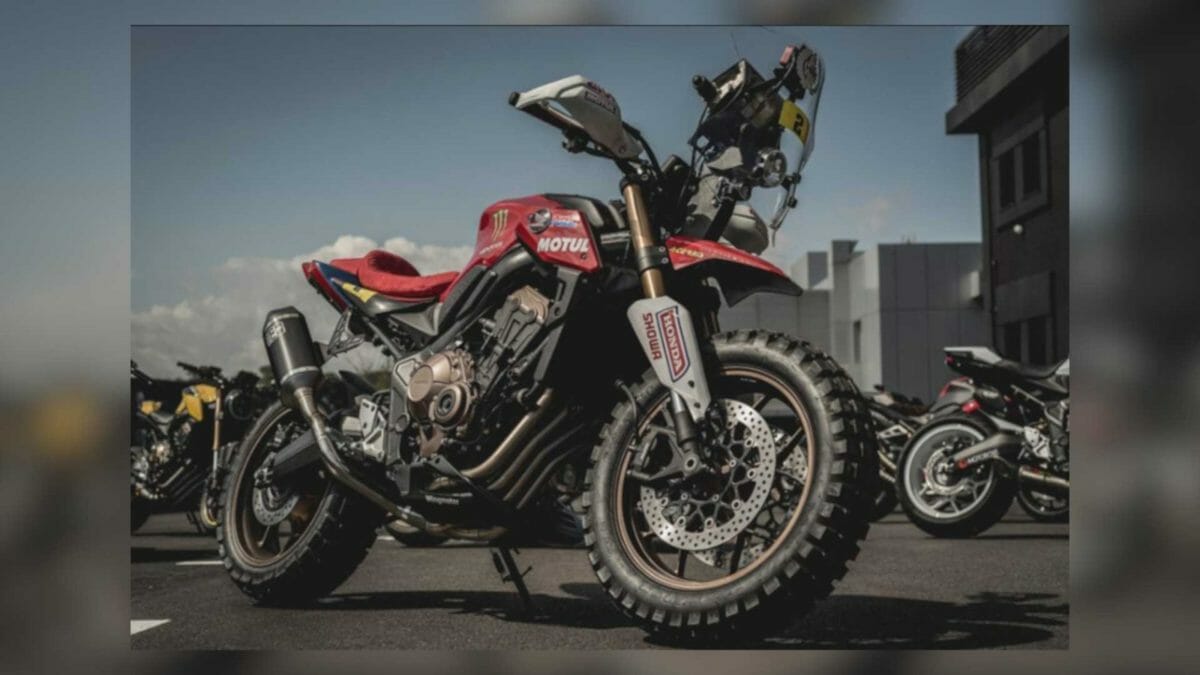 A tribute to Paulo Gonçalves

It pays a fitting tribute to Paulo Gonçalves, veteran Portuguese rally rider and Dakar competitor who died in January 2020. There’s a decal on the tank, just below the gas cap, where the rider can look down, see it, and draw inspiration from Gonçalves’ legacy and competitive spirit. It also commemorates Honda’s win at the 2020 Dakar Rally, where Ricky Brabec won the race behind the handlebars of his CRF450 Rally. It was the first time an American rider won the competition and the result was Honda’s first victory since 1989 in the Dakar Rally. 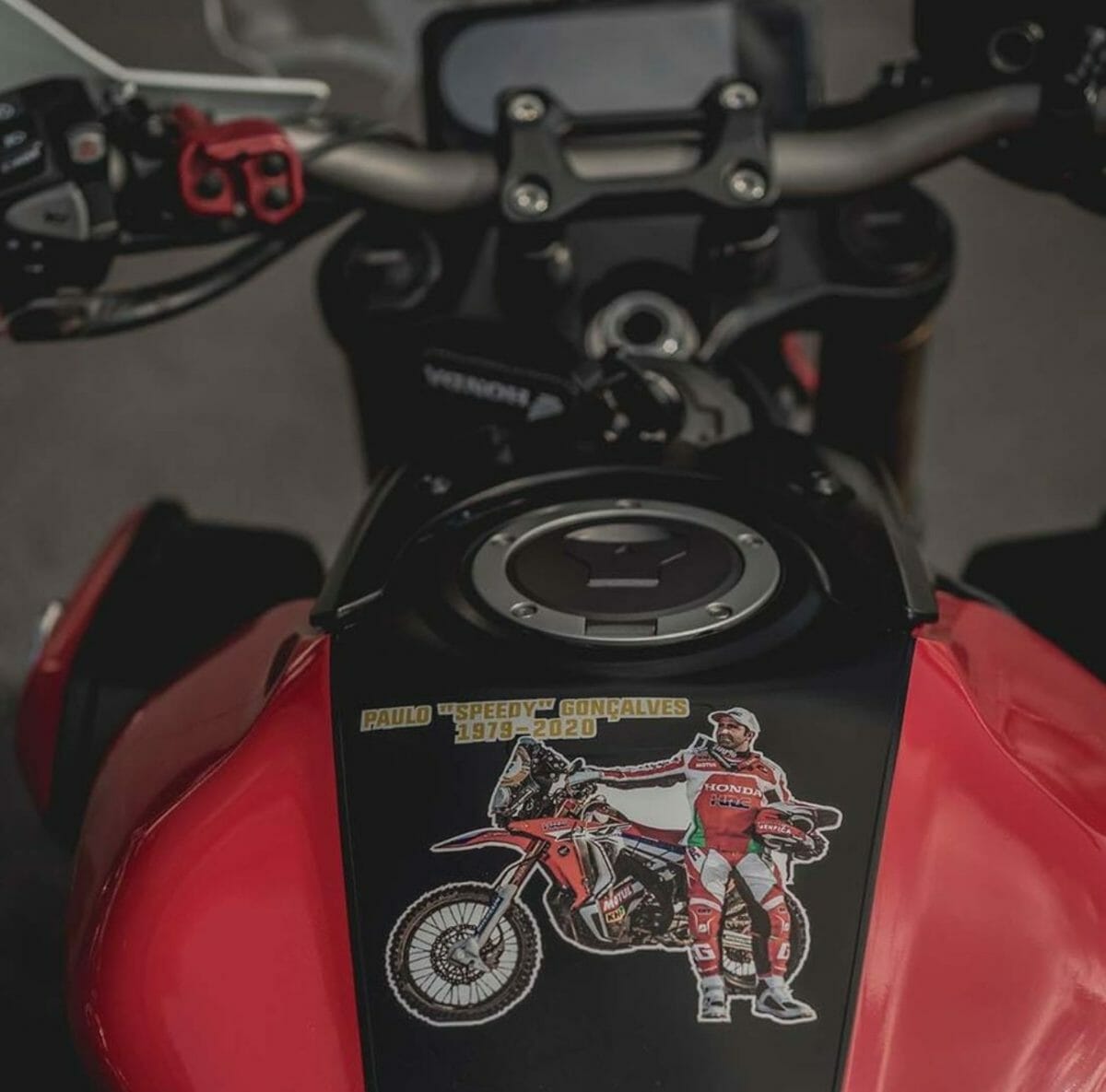 The custom build itself is worth appreciating. While the other custom builds were also worth all the praises but they revolved around the characteristics of the CB650R. The stock motorcycle being a naked streetfighter with neo-café begs for customization. The folks over at Honda Wingmotor obliged and turned it into an adventure motorcycle. 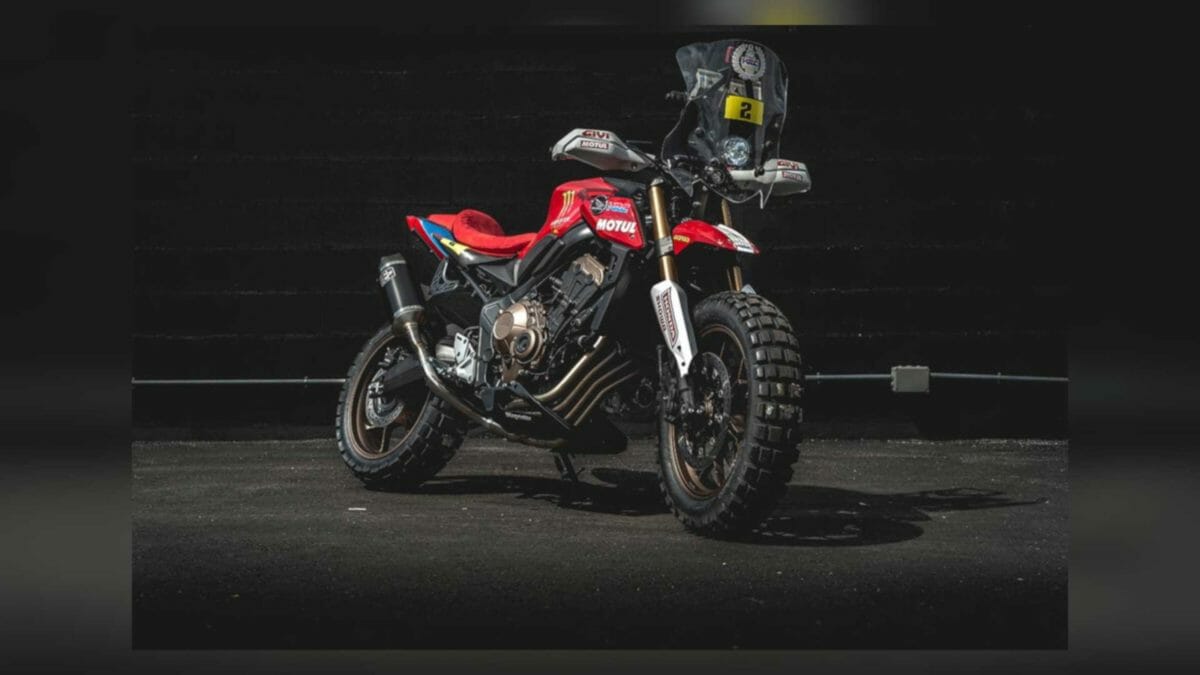 The new rugged look is accomplished by stripping off the stock body panels of the CB650R and including a new front fender, windscreen and headlight.  A solo seat, handguards, fork guards and header pipes complete the package. The stock CB650R comes with road-biased tyres and they would have looked out of place on this custom build. To enhance its rugged appeal, the motorcycle was fitted with Continental TKC 80 tires mounted on the 17-inch spoked wheels. To make is a rally raid motorcycle, Wingmotor equipped the bike with a full rally tower for navigation, including a roadbook. 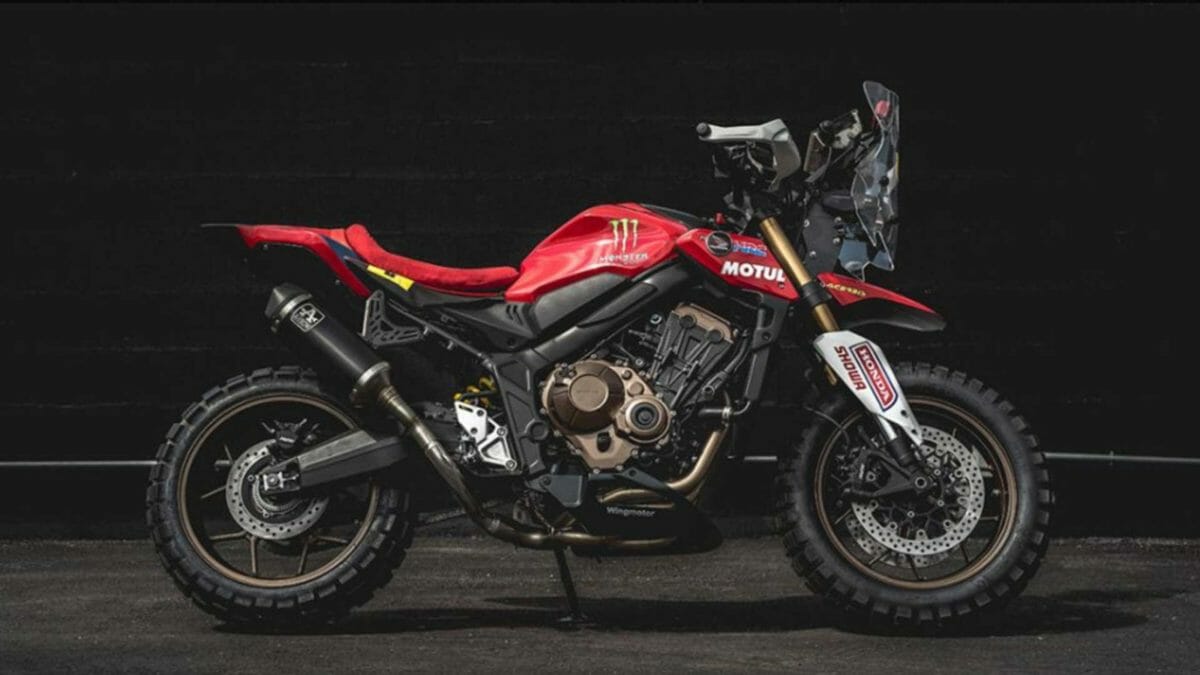 Going by the looks of it, it seems like this CB650R was about to be cast in a movie based on Rally bikes and it took method acting very seriously. The standard Honda CB650R features a 649cc inline-four making 94 hp (70kW) and 64 Nm of torque. There are no details if Wingmotor made any engine tweaks to enhance the power delivery. We don’t know for sure that the custom saddle is suede, but it’s clearly a suede-looking material that looks pretty grippy if you’re wearing the right pants.

We don’t know if it will win the contest but it has certainly managed to win our hearts. It also gives us a brief idea that a middleweight adventure motorcycle from Honda’s stable won’t be a bad idea at all. Reportedly, Honda is currently working on a smaller iteration of the Africa Twin and if it comes anywhere remotely close to this, we are in for a treat!