Home Ford Ford Teases An All-Electric Mustang-Inspired SUV; To Be Unveiled Next Month

A few months back, the electric carmaker, Tesla, had launched the Model Y, which is an all-electric crossover. However, immediately after that, Ford had shared a teaser on all its social media handles, stating: “Hold your horses” with the Mustang pony in neon blue. This indicated that the iconic American brand is finally gearing up to unveil its first all-electric, Mustang-based car. Now, we have confirmed news that this vehicle, will be an SUV inspired by the Mustang’s design and characteristics and will be unveiled across the globe on the 17th of November 2019. Have a look at the teaser image below: 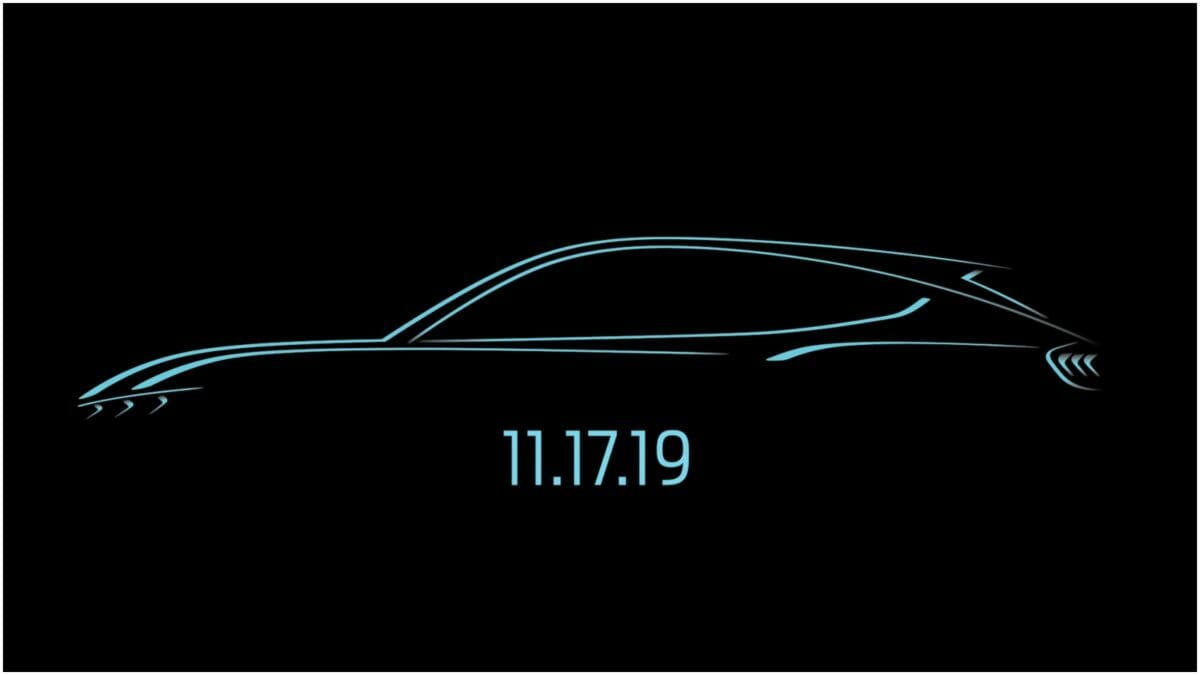 Also Read: Ford Teases a Hybrid after the Launch of the Tesla Model Y

Talking about the appearance and design of the car, the new all-electric SUV will be heavily inspired by the sleek design lines and curves of the Mustang. The body is expected to be very aerodynamic and aggressive to improve efficiency and reduce drag. On the inside, the car is likely to get many advanced features and a futuristic cockpit. In terms of range and performance, the specifications haven’t been revealed yet, but the car is expected to take on the Tesla Model Y, which means the Ford SUV will likely be getting a range of more than 500 kms and a top speed of 200 kmph+.

In other news, Ford recently launched the new 2020 Shelby Mustang GT350R. As we all know, the Mustang is nothing short of an American motoring icon, as it has been on sale since 1965 and has seen six generations of production and received a huge number of variants. The new GT350R gets a bunch of new performance and technology features, along with different paint schemes from its elder brother to make it more fun to drive on and off the track. The new-gen Shelby GT350 also carries over previous updates, that include enhanced aerodynamic features and the improved chassis technology.