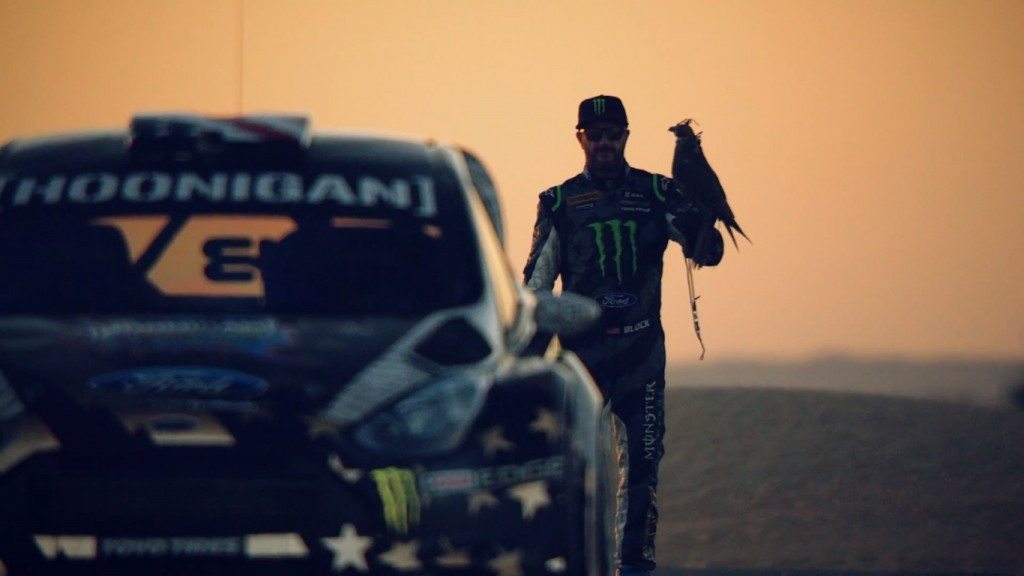 Today can be officially declared as the day of horsepower! Some are building cars around an engine that is capable of putting an aircraft into space; others are busy making use of the horsepower. Ladies and Gentlemen put your hands together for The Hoonigan – Ken Block. The guy needs no formal introduction, but for those who don’t know or may have inexplicably forgotten, Ken Block is a professional rally driver with the Hoonigan Racing Division and the co-founder of DC shoes. Well that intro just suggests what the man is and not what he is capable of. When the guy is not rally-ing and being a co-founder of some shoe company, he is busy burning some rubber for his Gymkhana video series. 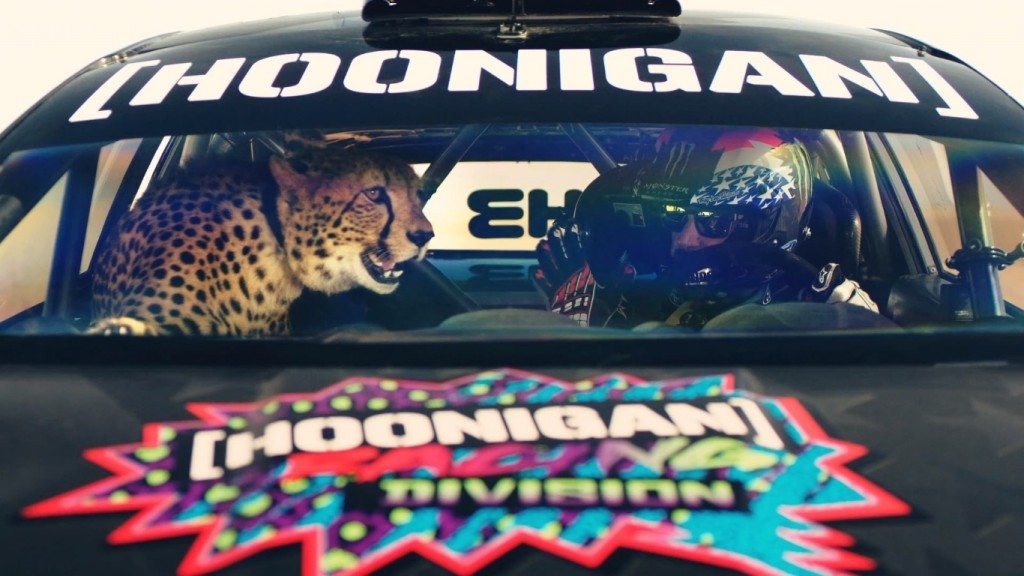 The eighth instalment of the Gymkhana series shows Ken Block leaving skid marks all over downtown Dubai. For Gymkhana EIGHT, team Block have draped the Ford Fiesta ST RX43 in an all new livery. The new insignia is not just about colours, the Fiesta features a directionally reflective, black-on-black livery that changes looks depending on the angle at which it’s viewed, as well as how light is hitting it. 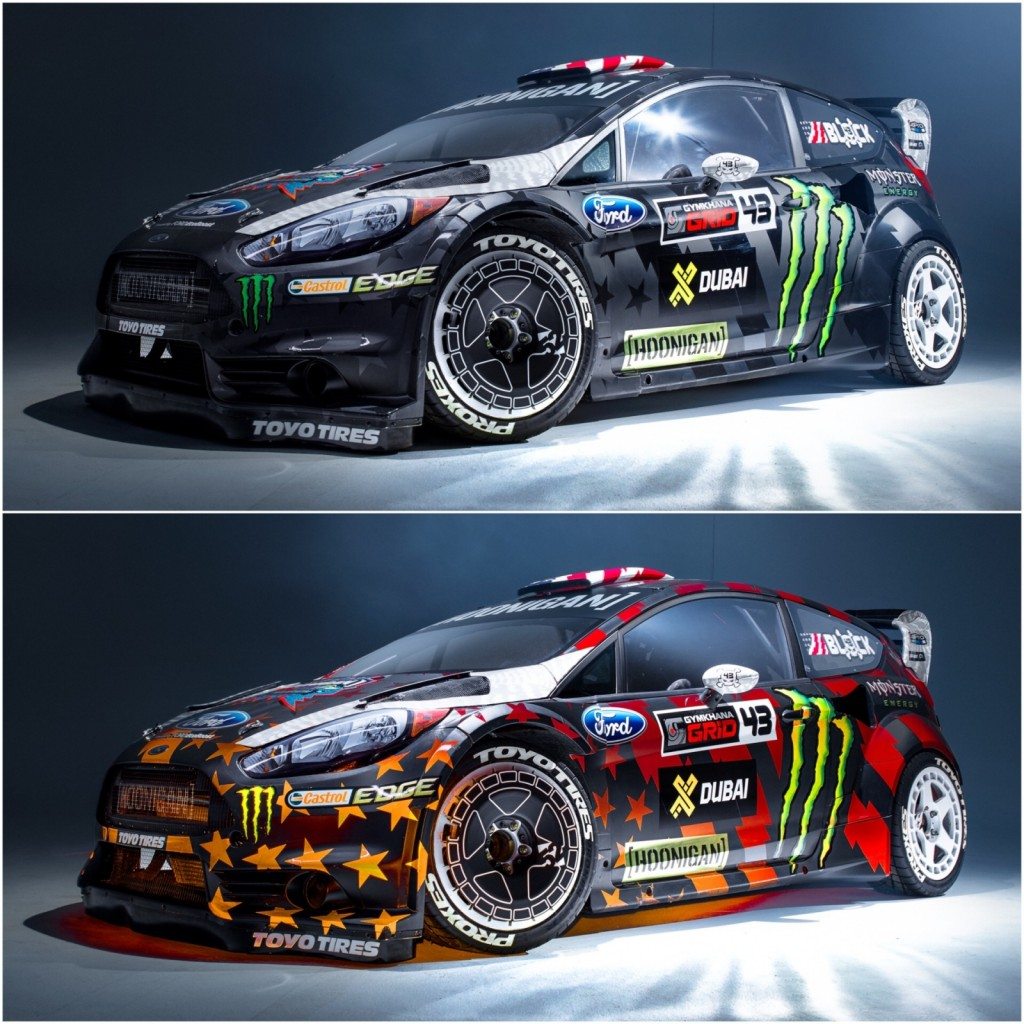 The video starts with Ken bidding goodbye to his exotic pets in the middle of the desert and the cranking up the Fiesta and drives in to the city, or shall we say drifts into the city. As he enters the city, he begins the action by greeting the exotic Dubai Police fleet with some doughnuts and then shares some doughnuts with his F150 brother who is in a hurry. With all the blessing Ken takes the menace to the race and then the Airport. 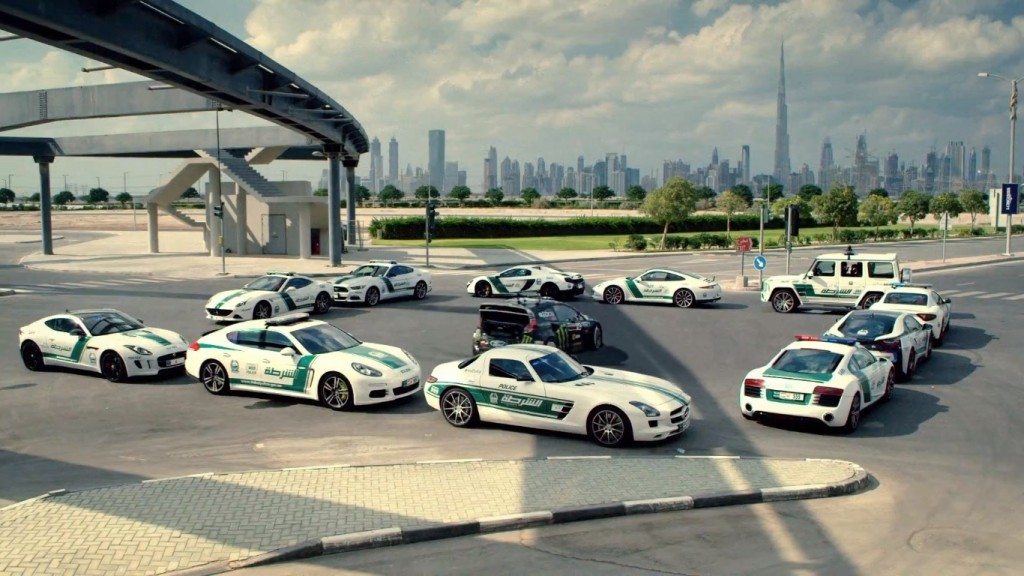 Here is the video presenting the Gymkhana EIGHT livery by Toyo Tires.