Home Features You, the biker!

My heart was pounding so hard against my chest it felt like it was going to burst out any minute. My arms were aching as I tried to hold on to the handlebar. My head was pulsating inside the helmet like a rattlesnake owing to the wind blast until I finally crouched behind the wind screen. Even between all this mayhem, I had this wide smile plastered across my face. I was riding a beast, and I couldn’t have asked for anything more! 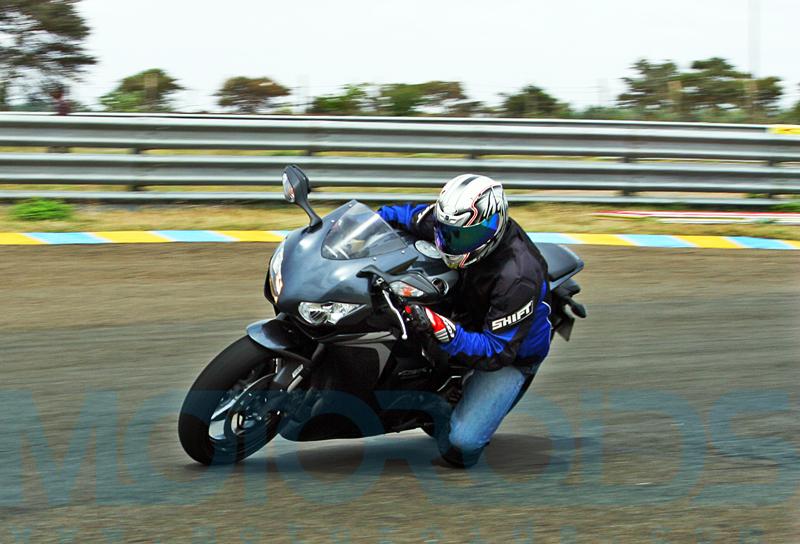 The place was the Kari Motor Speedway in Coimbatore and the bike, the ‘09 Honda Fireblade CBR 1000RR. I cracked open the throttle on the start finish straight and the Blade ripped apart its docile facade and plunged forward with the aggression of a wild cat. Linear, usable power delivery has always been the highlight of the Blade, but this machine has the manic acceleration above 4500rpm to silence the critics who tried tagging its predecessor as “boring”.

The long straight at Kari encourages one to carry a lot of speed into the first right hander and I was doing well over 200kmph when I started braking hard to take my line. The Tokicos offer beautiful feel and pack enough bite to shed speed in a flash. So the plan was simple – brake hard using the front twins, dip the bike towards the right line and when the tyre is about to lock up, get off the brake to dive the bike into the corner. But that was not to be. Before the front tyre could emanate the slightest squeal, the C-ABS kicked in and sent some of the braking force to the rear tyre. As a result, the Blade’s nose suddenly rose up. Not being used to such behaviour by a bike, I almost ran off the track. So caution was the key word over the next few laps and it bought me the time I needed to understand and appreciate the ingenuity of the new braking system. 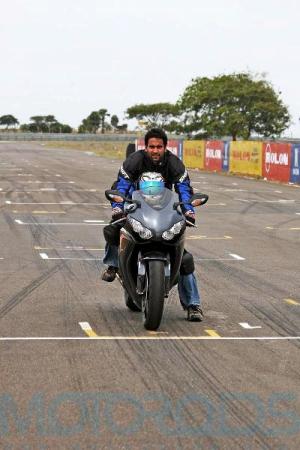 A content Sagar Sheldekar poses on his new found love

After dazzling me with its braking prowess, the Blade left me astonished with its cornering capabilities too. The bike’s nimble handling and propensity to inspire confidence even with my knee sliders scrubbing the track at crazy speeds had me baffled in amazement. Extremely agile and flickable for a litre class bike, she allowed me to attack even the highly technical corners at Kari with surprising ease. The Blade is an incredibly forgiving bike, but like every other superbike, it demands respect. Choose to abuse her power and patience around corners on street spec tyres and she will spit you out.

After testing her extensively at Kari for an entire day, I was convinced that the Blade will continually entice its owner into buying an apartment or at least renting one that is located right next to the track. The 1000RR is an absolute track scorcher and the perfect tool to exploit on the race track. However, this race focused DNA in some ways works against the Blade if you are interested in touring, especially with a pillion rider.

My 500 kilometre commute from Coimbatore to Chennai made me learn why the pillion seat on a bike should always be considered as a non-functional showpiece. It was the fatigue or probably the food we ate which led me to come up with the “brilliant plan” of riding all the way to Chennai. We had conveniently forgotten to take into account the fact, that between the two of us, we were carrying a month’s worth of luggage which the pillion rider would have to carry. I made the mistake of willingly accepting the challenge and the small 10km ride from our hotel to the petrol pump was enough to slap me out of my misconception. When I got down from the bike, it felt like my tail bone had been dislocated, my shoulders were about fall off and my butt was probably redder than derrière of a buffoon. 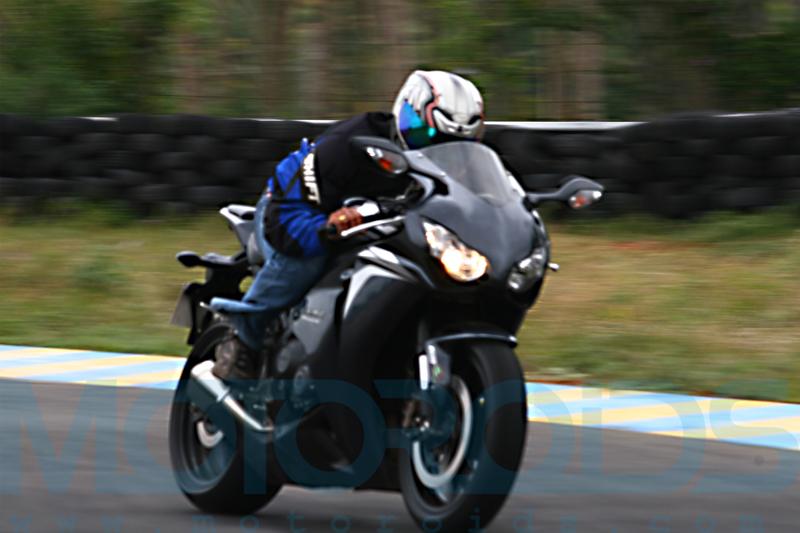 The rear foot pegs on the Blade are placed really high. This is great to get your thighs and lower back in shape but excruciatingly painful in terms of comfort. All that could have still been bearable were we to ride on a smooth piece of tar. Unfortunately, that was not to be. If I had the slightest idea about the craters we were about to encounter, I would have called it quits right there at the fuel pump and taken the next bus to Chennai. Out of the 500kms, commuting on the first 300 was an absolute nightmare, thanks to the heavy traffic and the sorry state of the two lane highway. It was the most difficult ride of our lives on a bike. Our backs, thighs and feet took a heavy beating because of the stop-go traffic and potholed roads. As riders, our wrists bore the brunt of the assault.

Talking about traffic, the Blade dislikes clogged roads-perhaps even more than human beings. Keep her engine running in stationary traffic for a few mins and her temperature shoots up immediately close to the cut-off point. She needs her fill of fresh air continually. By the time we reached Chennai, the hellish temperature had taken its toll on the bike. The gears had become rock hard and the clutch was slipping far too often. But on an open highway and without a pillion, the Blade makes for a reasonably potent tourer. All she needs are some luggage panniers and a decent stretch of tarmac and she’ll munch miles without breaking a sweat. 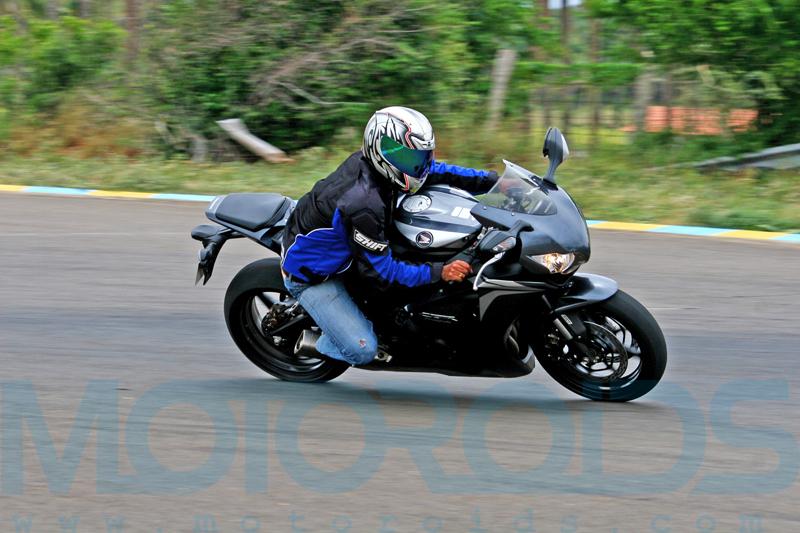 On the whole, the Blade screams Honda in everything she does, whether it is her linear, usable power delivery, top-of-the-line safety technology or mind-numbing handling characteristics. She is the perfect track tool and an impressive tourer as well, provided you are travelling alone. But as all good things in life, the Blade comes at a price and you need Rs. 14 lakhs to own this set of wings. Yet, if you have the dough, let me assure you there’s hardly a better way of spending it.

You, the biker! If you have a wacky travel story of your own, mail it to us at [email protected]