Home Features Pedaling to a pedestal

A crazy group of cyclists pedaled their way from Manali Leh. Here’s a log of their enduring and courageous journey

A fleet of 28 cyclists, pedaled for 10 days, to cover over 580kms as they made their way through one of the world’s most treacherous road conditions- from Manali to Leh. They embarked on this epic journey as a group and returned as a family, together sustaining and surviving the harsh conditions and ordeal only to rise above each personal limitation.The expedition which was planned by Mr. Ulhas Joshi and captioned by Mr. Sachin Sharangapani, indulged the participants in practice sessions, prior to the expedition, which was scheduled for every Sunday. We used to cycle to places like Mahabaleshwar, Tamhini Ghat, Sinhgad (two times a day!), Lonavla, etc. to build up stamina and pace. For the rest of the week the members were advised to hit the gym, swimming pool and paddle through the city whenever possible. Countryside, an adventure company in Mumbai provided us with the needed logistic support which included back-up vehicles (3 SUV’s & a truck) support staff, food, tents, sleeping bags, etc. 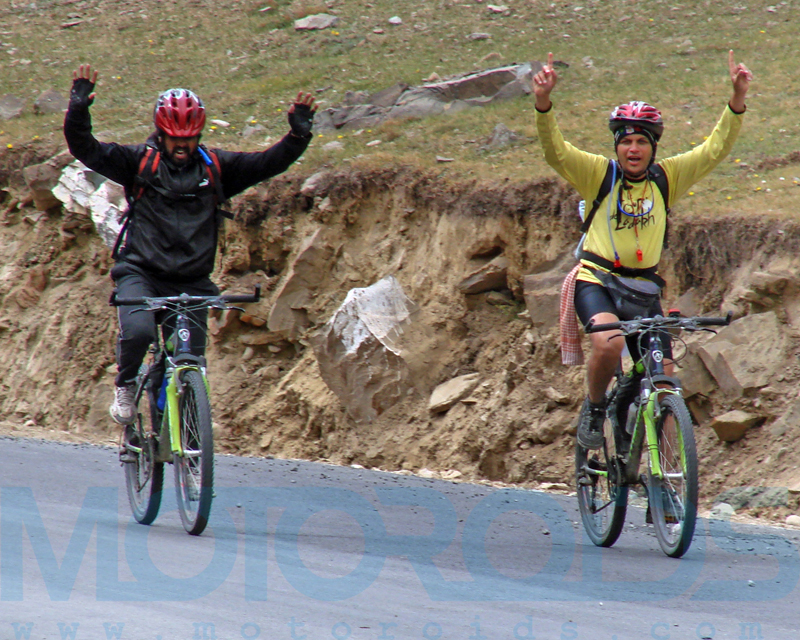 With months of preparation behind us, we were finally flagged off on the morning of 19th August, from Deccan Gymkhana, by around 150 cycle enthusiasts. In the first leg of our big adventure journey, we reached Mumbai from where we took a train to reach Chandigargh on the 20th. From Chandigargh we traveled by bus to reach a beautiful place, a little further from Manali called Solang where we were first exposed to high altitude. To get acclimatized, we camped here for two days and also hiked to a place called Anjani Mahadev, 6kms away from Solang. 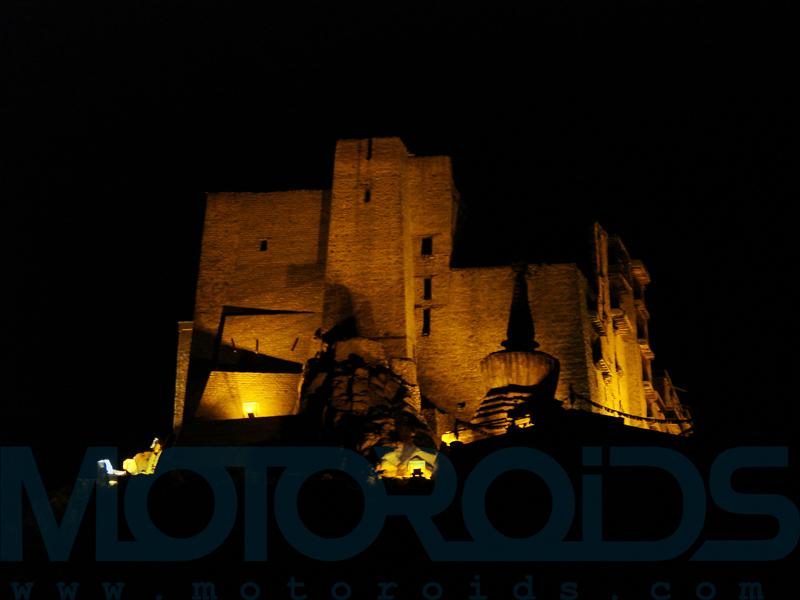 We began our expedition the following day, which was 23rd of August. We were greeted with 30kms of relentless climb to the base of Rohtang Pass called Marrhi. Enthusiasm was bubbling up in everyone, but with that anxiety too cropped in, haunting us with questions of self-doubt. A drop in the level of self confidence was vivid in the group. But all that soon changed. After stocking energy bars and water on our backpacks, we started our climb at 6.45am. The first person to reach Marrhi clocked in at 8.25am and the last one reached at 11.15am! This was a real boost as everyone managed to finish the climb in a respectable time period with no issues whatsoever. Having acclaimed a 30kms up hill ride with a jump from 6500ft to 11200ft, was an achievement in itself which made every member believe, that they would be able to complete this expedition. At the end of the day, we camped on a cliff overlooking the valley into Manali. 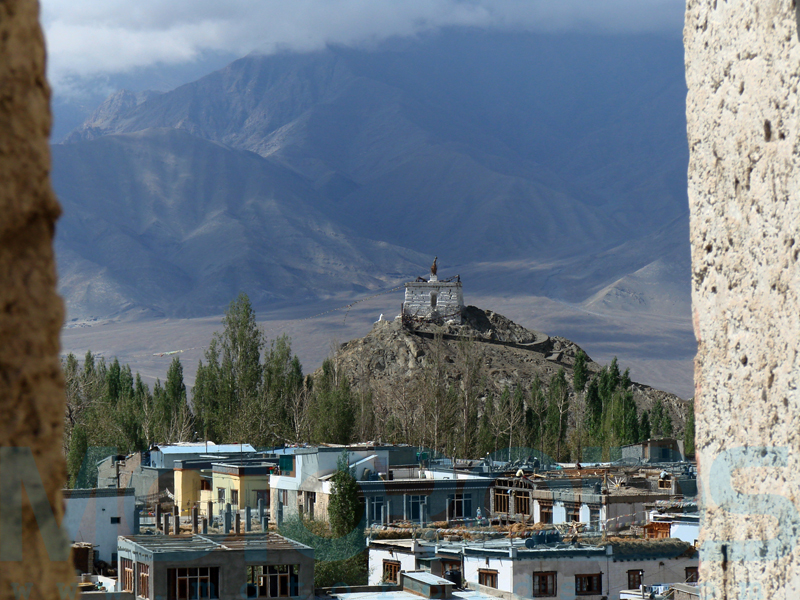 Next Day, everyone woke up raring to climb the next 15 kms to Rohtang Pass which stands at 3500ft. This was first of the six passes which we were going to ascend. We began riding at 7am and before it was 10:30am, the whole group reached the top! That was quite an achievement. Barring two people who used a support vehicle, everybody rode atop Rohtang. Rolling down Rohtang was quite difficult as the roads were still under construction but we managed to reach Sissu by afternoon and camped there. 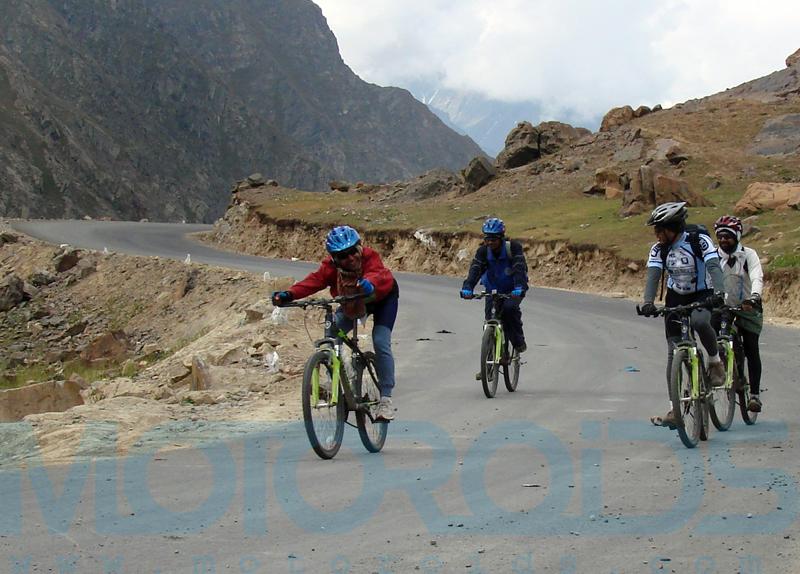 On the morning of the 25th we headed from Sissu to Jispa where we were greeted with rigid roads. The sudden up- hills and down- hills, made sure we never got into any rhythm. The road conditions only kept worsening further. After pedaling almost 60kms we finally managed to reach Jispa by 2pm. Most of the members experienced sore muscles and fatigue, owing to the treacherous ride, but the morale continued to soar high. That, evening, we celebrated the birthday of one of our members. We had a birthday cake too for the occasion, prepared by our in-house cook staff. 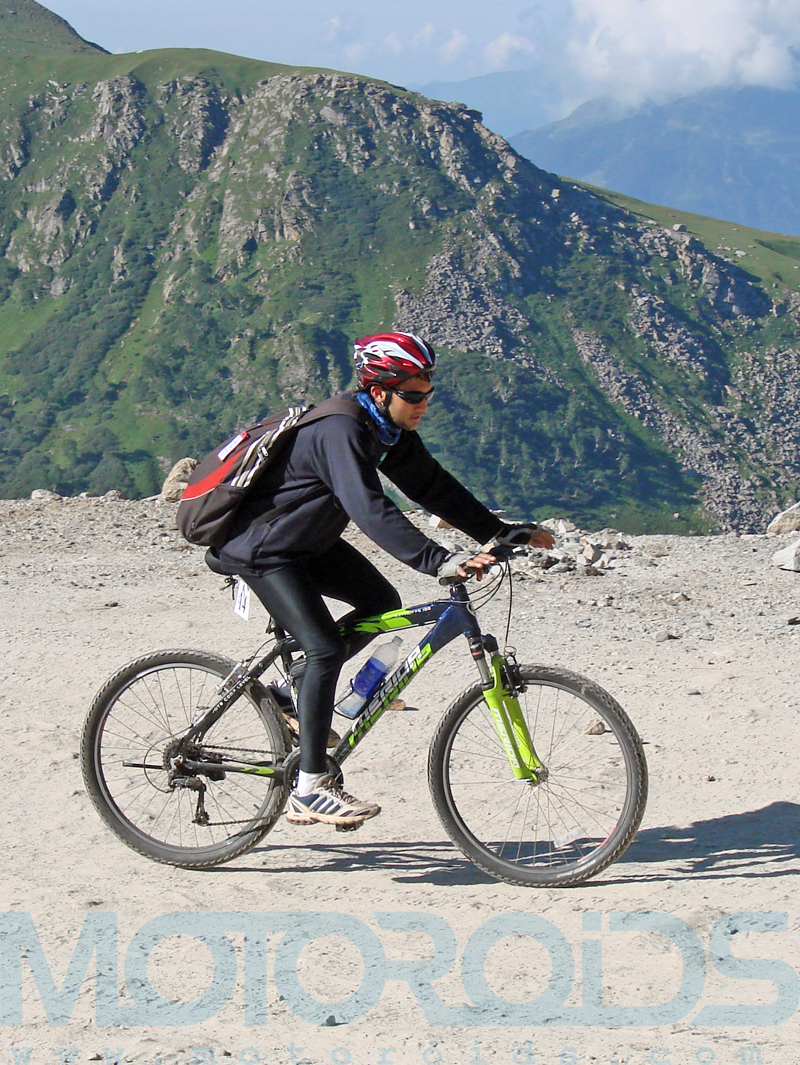 The next leg of the expedition was much easier compared to the previous day. We were faced with gradual up-hills and then sudden plain roads and descent. Within two hours from the start time, the fastest member of the group had covered more than 75% of the day’s route and was waiting at our assembling point, Patseo. From Patseo we headed for Zingzingbar and climbed the next 5kms to the base of Baralacha La which stands at 14200ft. This was the first time in our itinerary, where we had to camp at a high altitude. This brought out the AMS (Acute Mountain Sixkness) symptoms like headache, sore muscles, cold, nausea, etc. in most of the members. But everyone knew the toughest leg was yet to come in the next two days where we had to surpass three passes- Baralacha La, Nakee La and Lachunlang La. 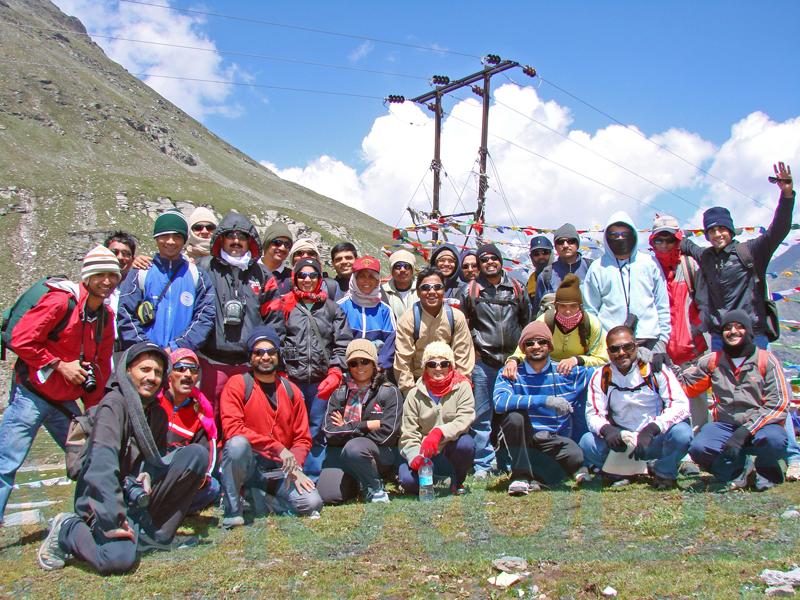 Next day, we started a little late than usual, at about 7am, because of the extreme cold conditions. We were looking forward to acclaim Baralacha La, at about 16000ft! And so we did! The fastest member of our group reached the top before 9am! That was quite a feat. From Baralacha La, we cycled for the next 60kms of which 25kms were just descents, and majestic plains of Sarchu. We camped at a place called Brandy Nullah, at about 13500ft, where turquoise blue rapids of the Bhaga river, enchanted us with it’s streaming sound. Soon the stars peeped out and there was still a visible line of day light.

The 28th of August, we had to meet with two more passes and the famous 21 Gata Loops. As we were climbing Gata Loops, we saw a small hut with a lot of flags mounted to it. Generally, this would be the indication, of arriving at the top of a pass, and we gladly thought that we had reached Nakee La. Not much to our delight, a SUV driver enlightened us that is it more 12kms away. So we kept pedaling further. It was definitely not easy but once we reached at top, our joy was boundless. But all the joy was short lived, when from the top of Nakee La, we saw an imposing mountain with a very steep climb to the top of LachungLa. So, we got back on the descend and pedaled through to acclaim LachungLa. It was a grueling climb of 12kms at the end of which we were so exhausted that we didn’t want to ride down to our camp! After some much needed rest we rode down to about 16200ft and retired for the night accompanied with bad headaches. 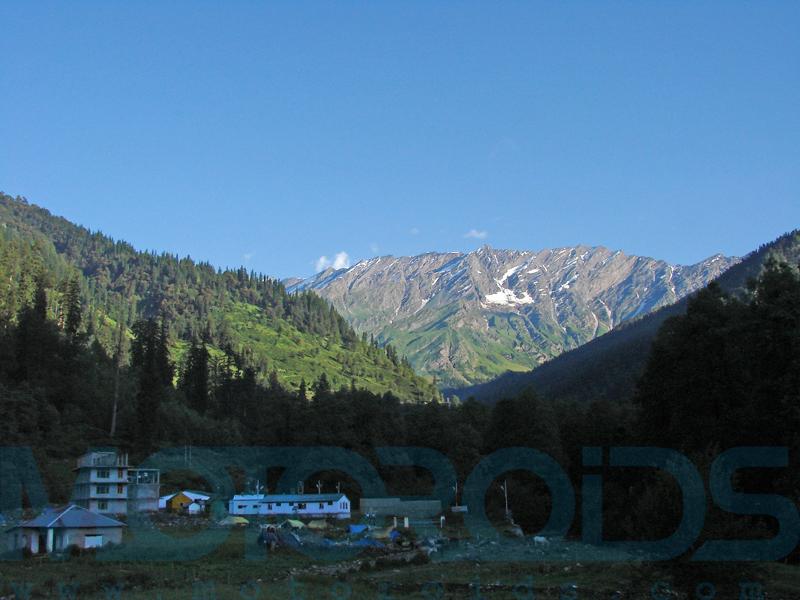 On the morning of 29th, post breakfast we began at about 7.30am. Today’ ride was less intense as we had 15kms of down hill ride, 7kms up hill until Pang and then the never ending More Plains onto our next camp site near Tso Kar Lake. Everyone was taking it easy so as not to get tired as we had to surpass the world’s 2nd highest motorable road, Tanglang La, at about 17355ft the next day. So we pedaled through 70kms, and reached the salt water lake, only to be greeted with pouring cold rain which showered on us for one whole hour. Soon as the Rain God spared us, the Sun God shined his light upon us. And with that, a beautiful rainbow emerged, of which one end seemed to be very close to our campsite and the other end dived into the blue mystique waters of the lake. It was a sight which still warms our heart with delight. 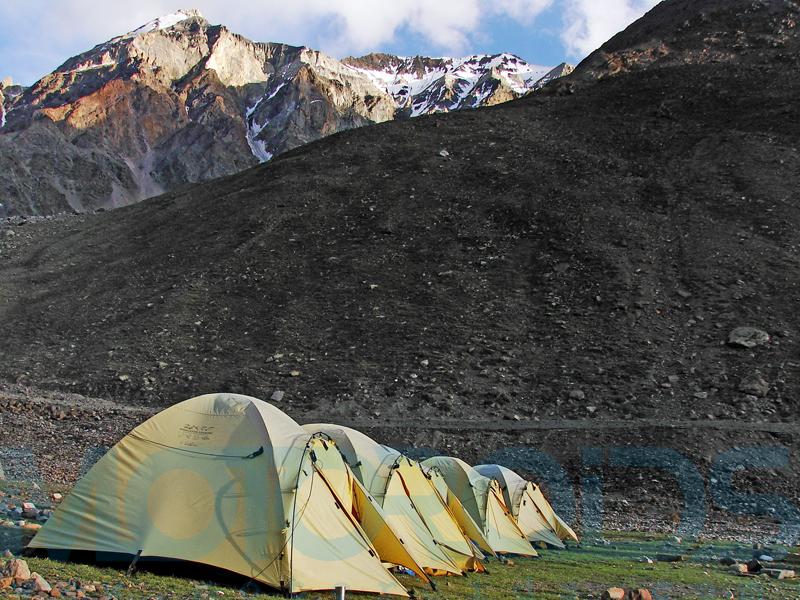 Next day, we pedaled up to Tangalang La with ease and waited there till all the members arrived. After a round of group snaps, we geared up the 40kms descend to head towards Rumtse. The route was beautiful as ever with picturesque locales, wild horses hopping freely, the lush green fields and the small villages. Our camp was set up besides a small flowing river, in which we bathed in the cold waters. Following warm soup and dinner, we retired for the day.

On the 31st, as we pedaled besides the River Indus, we swiftly and finally pedaled into Leh! For the first time in eight days, we got an access to running hot water bath! After resting well for a day, we geared up once again to acclaim the mighty Khardung La- The world’s highest motorable road at 18380ft. The joy and the feeling of achievement were boundless! 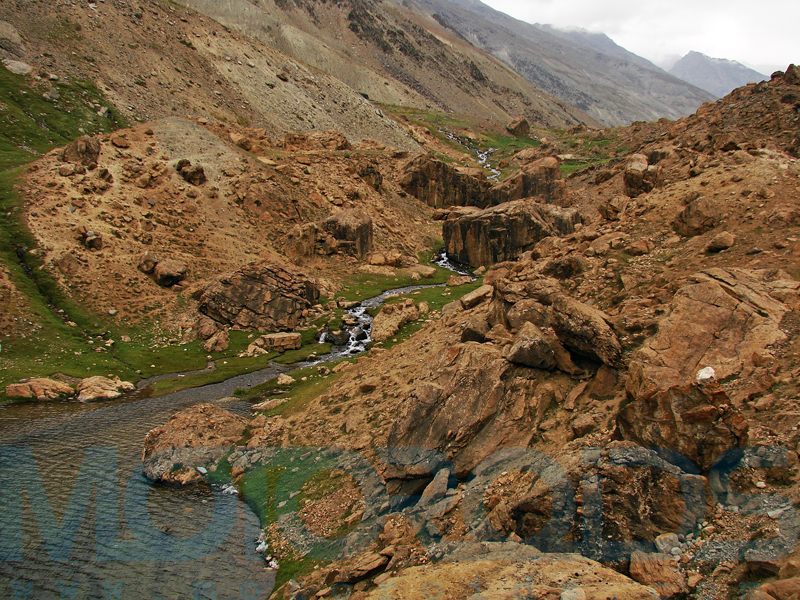 The last two days in Leh, we hung out at German cafes, indulged in shopping, went for river rafting and visited the nearby monasteries. On the 4th of August, we headed for the airport in Leh, and boarded a flight back home and while on the flight, as the daunting and majestic Himalayas stood there we could see small lines along the mountains. They were roads. Roads on which we had pedaled for over days. We wondered who built these roads and how? It taught us that even in the toughest of conditions, humans can not only prevail, but excel. We all have that spirit, belief and resilience. This expedition was all about realizing this fact!