You SAW and READ it first on www.motoroids.com!

The Jive, as we told you earlier, is a clutch-less version of the TVS Star City, while the Wego is the ‘big’ scooter that we talked about a week back. We had told you that both the vehicles will be launched at the 2010 Auto Expo, but guess what, TVS beat us to it! They (TVS) have launched these two new two-wheelers today morning at a function in Chennai… 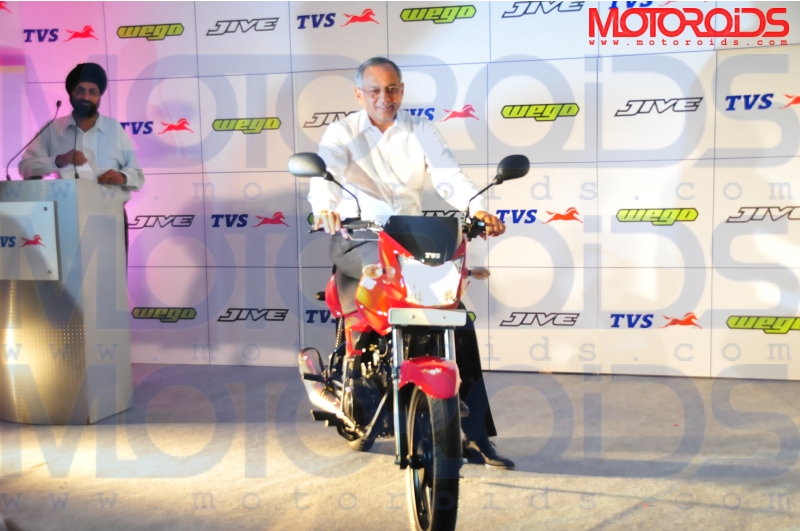 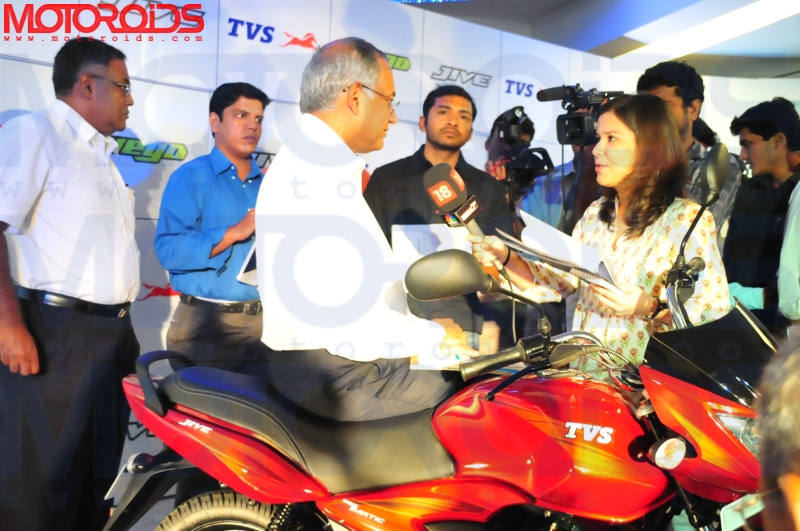 The Jive’s much talked about clutchless 4-speed transmission is christened ‘Tmatic’ which allows you to shift gears without using a clutch. Whats more? The Jive also incorporates an anti-stall mechanism –  we guess this brilliant move by TVS will reduce the number of commuter bikes awkwardly stalling when the signal goes green. The Jive also allows you to start the bike in any gear, thanks to the rotary gear mechanism. The bike employs a 110cc engine which produces 8.4-bhp @ 7,500 rpm and 8.3 Nm @ 5,500 rpm. The clutch-less wonder will be available in Chennai at an astonishing on-road price in the range of Rs. 46,000/- A steal deal, considering the bike comes with an auto-tranny, electric start and alloy wheels! 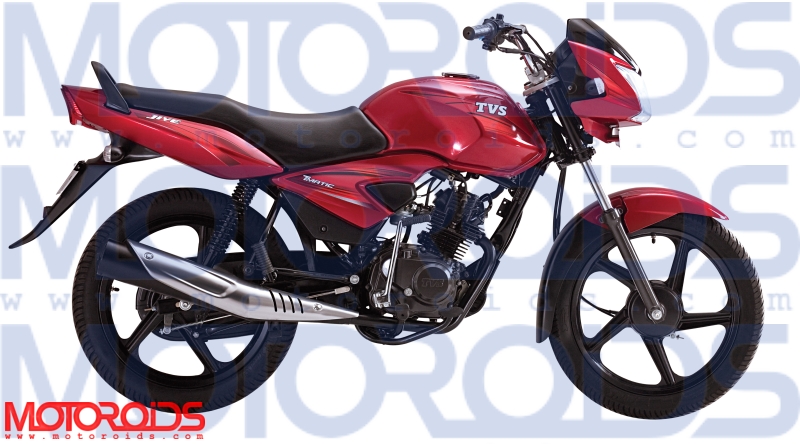 Sharing the limelight with the Jive is the Wego scooter which will be powered by a 110cc, 8bhp, 8Nm engine engulfed in a metallic body to target the male audience. The scooter incorporate all the (now common) features like back refueling lid, mobile charger, large storage space etc. The Wego uses telescopic forks up-front and 12″ wheels, which we believe will aid stability. But we would like to hold back our verdict till we actually test the scooter. The Wego has both, an electric as well as kick starter and will sell in Chennai at an on-road price of Rs. 46,500/- 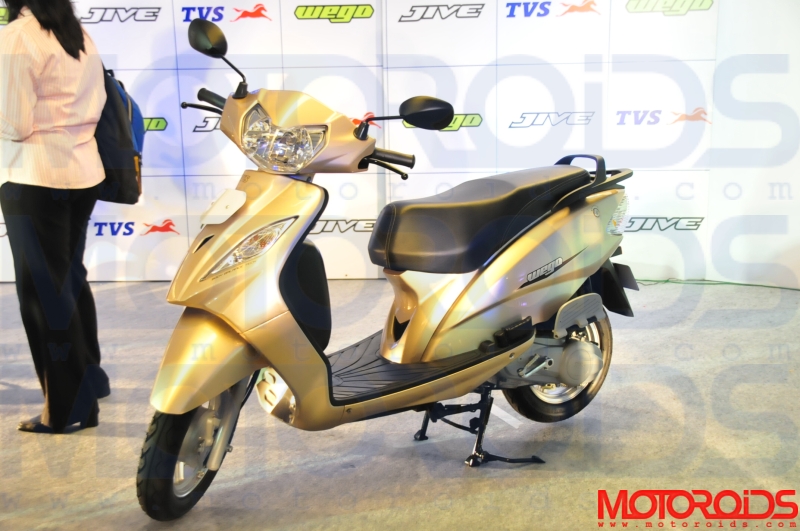 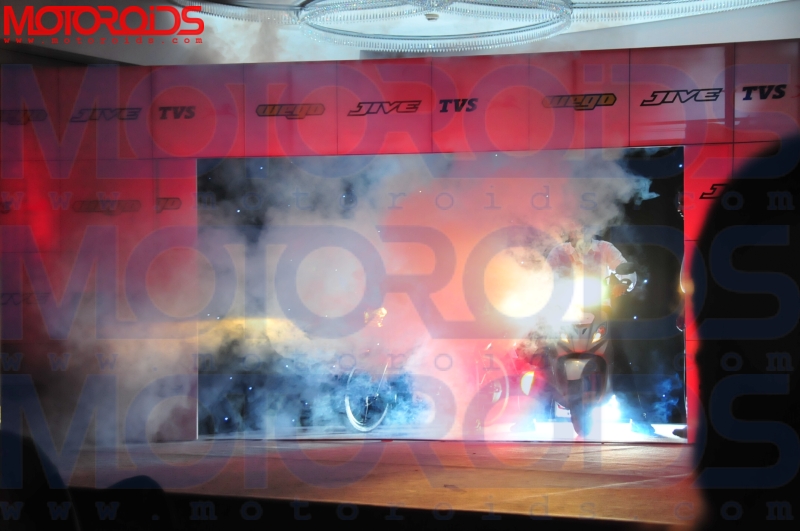