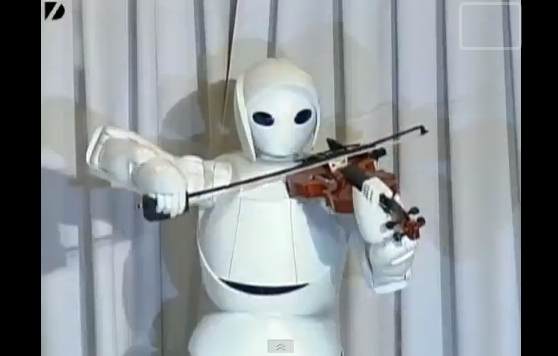 All of you must be familiar with Asimo – the highly advanced humanoid robot which is constantly being developed by Honda, and has already reached a fairly high level of sophistication where it can walk, move, and even run like humans. What you may not know, is that arch rival Toyota also has a similar robot, which they have not talked and advertised much about. Known as ‘Partner’ the Toyota robot too is quite an advanced exponent of the miracles of AI and advanced robotics. I saw the thing first in Japan, at Toyota’s commemorative museum. And when I stumbled upon this video of the robot playing violin like an adept musician, I though it prudent to share it wih you all. Do let us know if you’re as amazed as we are.