Ever watched one of those Indian movies where even a rather frail looking Hero lifts a car with his bare hands? Or worse still, makes it stop in its tracks or do things which defy everything Science? Well it seems, Pakistan fares better when it comes to such things and believes in doing such stuff for real.

Arbab Khizer Hayat is no ordinary man. This 25-year old from Pakistan eats 36 eggs, 3 kilos of meat and 5 liters of milk everyday. Weighing 435 kilos, Arbab claims to be the Strongest Man on Earth, in Pakistan. This Gentle Giant can embarrass a farm tractor and a couple cars while he’s comfortably seated on a cot! And while he’s at it, all that those poor machines can do is spin their wheels in dismay. 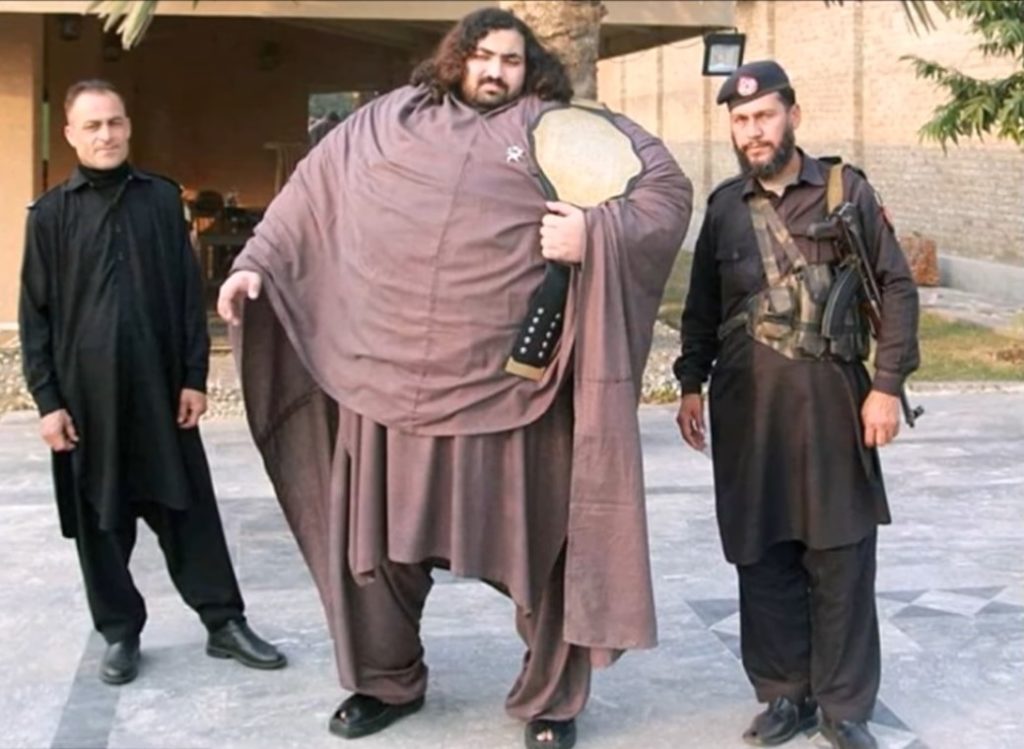 In this video, Arbab first takes on a tractor and makes it dig its own grave while it tries to escape from his clutches. Later, he arrives in the courtyard of his house like a WWE Wrestler, mimics their silly theatrics and then goes on to make two cars struggle, as they try to break away in reverse and burn their Horsepower. Already a famous man in Pakistan, this 6ft 3in tall Giant aims to make it big on the WWE stage and even roams around with a replica Championship belt. We’d like to see how he fares against a Truck, or if that’s nowhere near his standards, maybe a plane. We hope he makes it big though, not just physically.