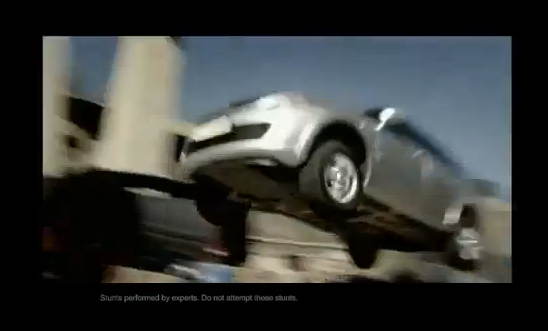 Tata Motors have recently introduced a cheaper, 4×2 variant of their Aria Crossover. Along with the introduction of the new variant, the company seems to be keen on rejuvenating its media campaign for the car. Tata Motors have always been known for their great TV ads and this one is no exception. The ad tries to introduce the audience to the advanced features of the Aria such as auto headlamps and wipers, ESP and 4×4. The features are put forward as advanced gadgetry which a secret agent such as James Bond would employ to lose his chasers in a pursuit. Have a look, it’s well made. And don;t forget to let us know your two cents about what you think of it.