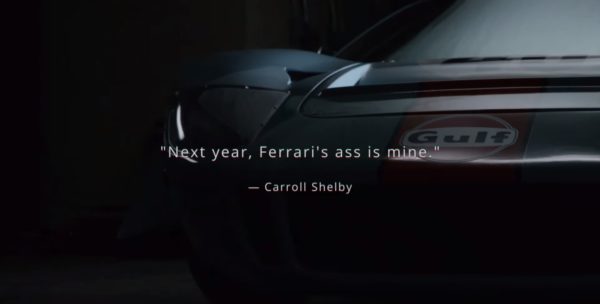 Sitting just 40.5 inches above the ground, the Ford GT 40 must’ve been a hell of a machine for it’s time. For it packed so much character, it made a man like Carroll Shelby fancy no ordinary posterior, but that of Ferrari, who were the champions at LeMans during that time. For those oblivious, Henry Ford always wanted Ford to be at LeMans since the early 60’s, but after the deal to buy Ferrari went south, he ordered their racing division to build a machine that would make Ferrari eat dust at the iconic French endurance racing venue.

The rivalry on proving grounds started off with a laugh. None of the Fords challenging the Prancing Horse could become a giant slayer and ended up retiring from the race not once, but two years in a row. Later, the joke was on Ferrari though, as the Ford GT 40 scored not one but four consecutive victories in the year 1966, 67, 68 and 69. Not just that, the GT 40 was so unrelenting, it did not even spare a podium for the Italians. Watch the video, be inspired!