A territorial dispute and terrorism continue to dictate trade rules between India and Pakistan, which do not allow any Made in India automobiles to be imported into the Islamic country. But nobody understands human desperation for these machines better than China. So they continue to clone models of popular international brands and have started sharing the love with their friends in Lahore. Called the Lion, this China made Bajaj ripoff is a 150cc motorcycle that looks exactly like the Pulsar RS 200. 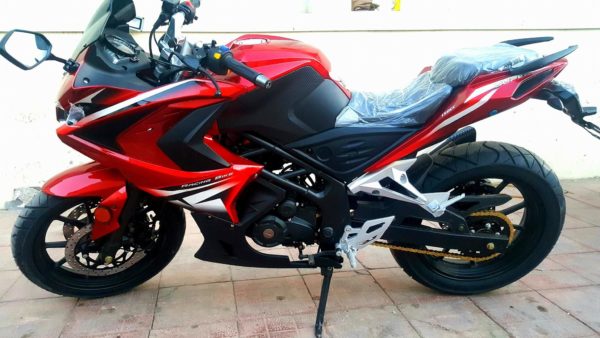 The Lion is powered by a 150cc liquid cooled motor made by a Chinese company called Zongsheng, gets a 5-speed gearbox, semi analogue instrument cluster, is supposedly loaded with modern gadgets and weighs 130 kilos. It gets 41mm conventional front forks, a mono shock at the rear, ‘Beautiful’ alloys, a single rear and a dual disc setup up front, and stickers which call it ‘Super’ and a ‘Racing Bike’. We don’t know if it also has a button which says ‘Press to Explode’. Available in four colors, it has been priced at 300,000 Pakistani Yuan. 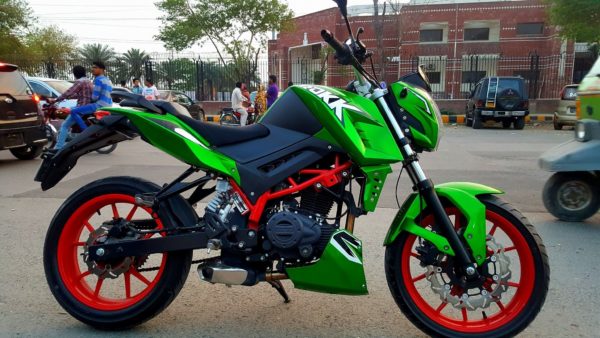 The Duke cannot rock the party in Lahore or Karachi. But wearing colors of the national flag, the Rokk can roll and if you can Rokk sako then Rok lo. Thankfully, to preserve some of its cloned identity, its wheels and the Trellis frame have been spared from being smeared in national colors. Powered by the same Zongsheng engine that roars in the Lion, this bike gets petal discs at both ends, an underbelly exhaust and maybe the same hidden button. All the machines here are imported and sold by a company called Sigma Motorsports in Lahore. 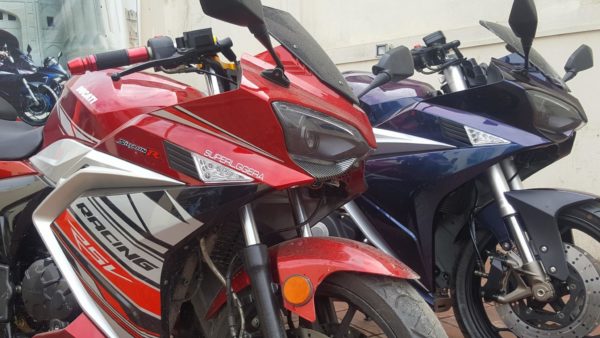 Surprised? Wait there’s more. Because they’re pretty sure that ‘Superleggera‘ if spelled right could hurt some extremist sentiments. So they’ve purposely penned it differently to make it a conversation starter. Bhai bike kaisa lag ra? Super-lggera. Blow yourself if you don’t get it. 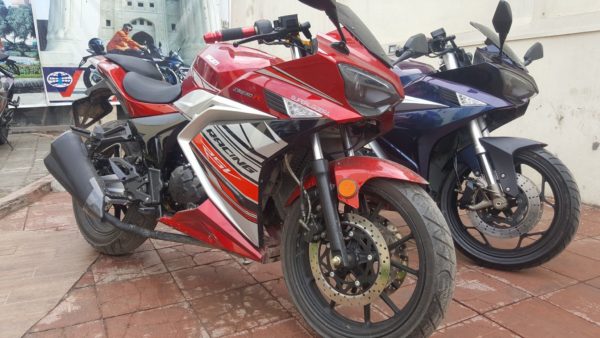 This mish mash of a Ducati, Honda, Yamaha and what not is also powered by a 150cc engine, but the blue example standing next gets a ‘double’ cylinder, water cooled, 250 cc motor. And because it can’t go against the nation’s most important agenda of including Kashmir in its map, guess what it’s called? No not Srinagar. It’s called the ‘Conquer’. 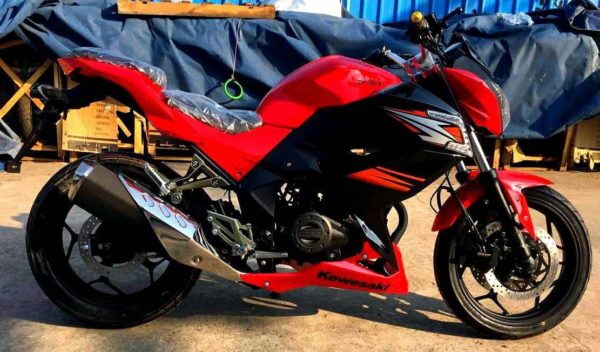 Think you’ve seen it all. This Kawasaki Z250 ripoff is called the Wing 150 and can be bought in shades of Yellow, Red and Pindi Green. How do you like the ‘Kewesaki’ bhaijaan? 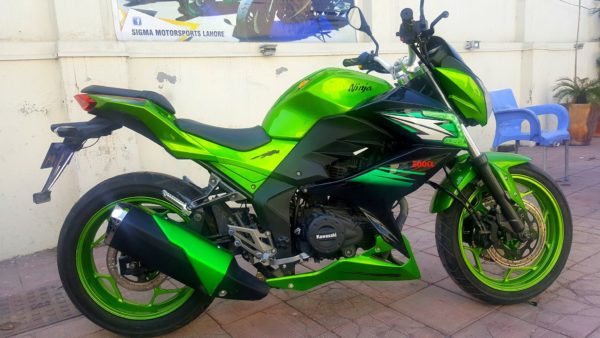 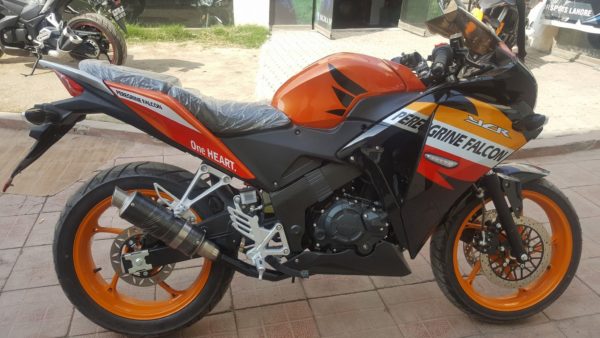 Or how about a CBR 250 clone called the Peregrine Falcon? Just when you thought motorcycles don’t have surnames.