Before the Honda Activa brought about a gearless change in the Indian two-wheeler market, it was Bajaj Auto who used to rule to roost with its scooters. Even during those times though, Honda still played a part in India’s scooter segment through their partnership with the Kinetic group, which made the ZX two-stroke gearless scooter. Coming back to Bajaj, as a scooter maker, the company had a great run with things like the Super, Chetak, Classic and the Legend. But there probably aren’t many who remember this one example that came out – the ‘Stride’. 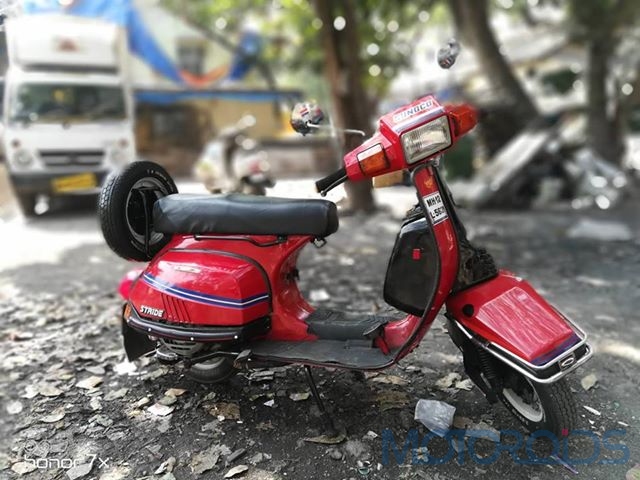 With all things square on its apron, it was quite a departure from curves and things which were round in shape. Powered by a side-mounted 145 cc two-stroke motor which cranked out a humble 7 something horses, the Bajaj Stride wasn’t a sales success. This particular example though still looks like it’s wound the clock back to 1992. The red Bajaj belongs to Nihar Amrute’s father from Mumbai and for something which wasn’t really known for its build quality, this Stride has been looked after with great care. 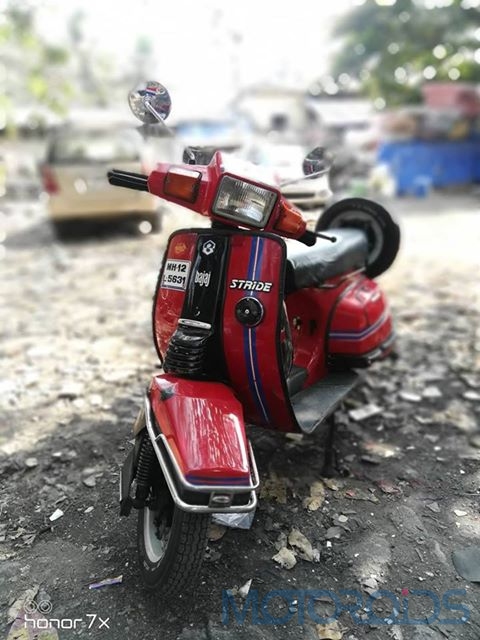 Fast forward to 2019, Bajaj Auto has plans to create a sub-brand which will dish out premium, electric two-wheelers soon. While there aren’t any details which have been spelt out as whether the two-wheeler will be a scooter or a motorcycle, the brand has been losing out in the scooter space for making its name as a renowned bike maker. On the other hand, brands like TVS, Hero and even Yamaha have been busy rattling Honda’s dominance. 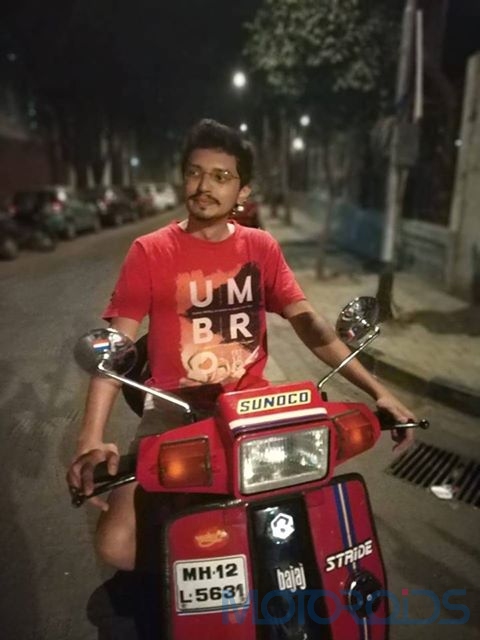 But the Activa still is the undisputed leader when it comes to scooters and we think that will stay until the electric revolution takes over. A big thank you to Nihar for sharing pictures of his father’s pride and joy with us. If you too would like to share something similar, feel free to use our social media channels and reach out.