Home Features The Most Economical Supercars You Can Buy In India

What, exactly, is a supercar? Experts have raged battles for years as to what makes a car worthy of the title and to this day, there is no proper definition of the word. All through our childhoods, we have grown up looking at the gleaming posters of the Lamborghini Countach, the beautiful Miura and the effortlessly brilliant Ferrari Testarossa in our bedrooms and we knew, these definitely fit the bill – because they simply outperformed the other, more normal cars by a mile. But today, as sports cars and even fast family cars are continuously remoulding the barriers of performance, it is becoming increasingly more difficult to ascertain the blurry line between sports cars and super cars. Exclusivity, then, must be another important parameter when we set that boundary. 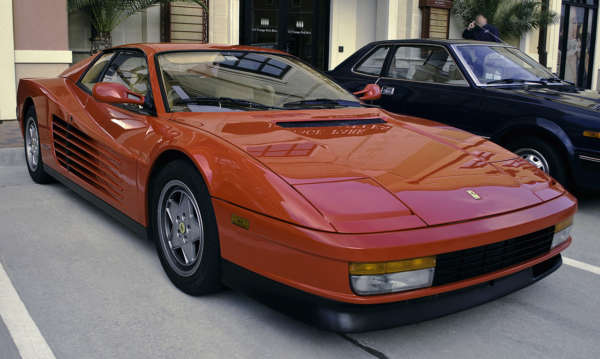 To make it through our definition of the supercars, the sports car either had to be able to perform in a way that defies physics – a 0-100 km/h time of 4.0 seconds or less and a top speed of over 300 km/h. Or it can bank on sheer desirability – for breaching the barriers of technology or for offering performance in a different way altogether and excelling in it. You will find some very unconventional cars on this list but they absolutely deserve the spot for the way in which they have redefined the automobile.

Stupidly quick, superb engineering, incredible driving dynamics and most importantly, the ability to get the child inside you hyper-ventilating. All the cars featured in this list include excitement as standard equipment. And this, is our guide on how you can enter the exclusive world of supercars with the least amount of moolah. None of these cars are cheap, mind. But as a certain Mr. Einstein taught us, everything is relative. 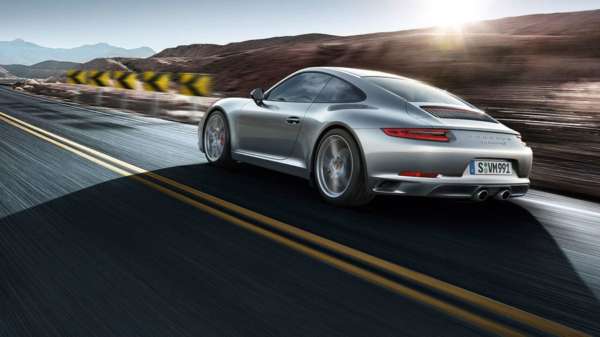 In its S trim, the 911 finally breaks into the supercar category. While purists will cringe at the thought of turbochargers added to the raspy flat-six of the older 911s, the forced induction took the strong performance of its predecessors and hit the ball out of the park with this one. Experts have hailed the brilliant balance on the newer range of 911s and the introduction of Porsche’s Active Steering Management (PASM) system with four-wheel steering for having made the dynamics of the coupe feel sharper than ever.

The Twin-Turbocharged 3 Litre Flat-Six produces 420 HP and 500 N-m of Torque which paired with Porsche’s savvy 8-speed PDK gearbox propels the 911 to the three digit mark in just 3.9 seconds. And it continues pushing all the way up to its 305 km/h top speed. While the 911 range starts around INR 20 Lakhs lower, it is the Carrera S that is the first one to make the cut. 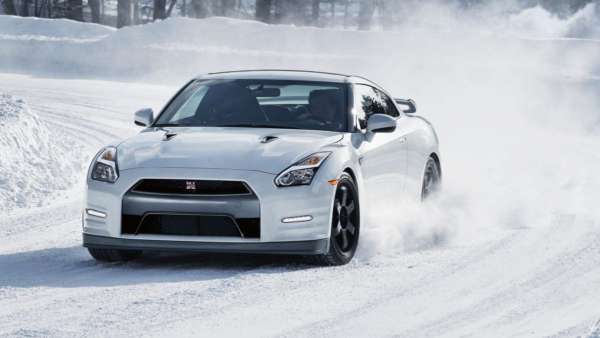 The GT-R was to Nissan what the LFA was to Toyota. It was about creating a machine that put them right on top of the performance charts – of showing the world that they could beat the more exotic brands in their own game. We have seen countless videos of the Godzilla beating proper top-spec hyper-cars (including Ferrari’s formidable LaFerrari) in flat out drag races – an unmatchable testimony to just how good this car is.

Powered by a 3.8 Litre Twin-Turbocharged V6 pushing out 570 PS and 637 N-m through its rear wheels. Mated to a 6-speed dual clutch automatic transmission which can shift gears in merely 0.15 seconds, and with hand-crafted Titanium exhausts this track monster is a tuner’s wet dream. Performance figures are unearthly with a 2.7 seconds 0-100 time and a top speed crossing 311 km/h. The Godzilla, then, is the undoubted value for money king of the supercar category.

The second sports car after the SLS AMG to be developed completely in-house by the performance wing of Mercedes, the AMG GT is a two-door, two-seater fastback rival to the Audi R8. It features fancy all-wheel steering technology which increases agility at low speeds and makes the car feel more stable above the three-digit mark which, by the way, is ridiculously easy to cross.

Twin-turbos are the taste of the season and the AMG GT S gets a 4.0 Litre twin-scroll setup which is good for 375 HP and 650 N-m, all helping the GT S clock merely 3.8 seconds to 100 km/h and a top whack of 310 km/h. A carbon-fibre transfer shaft and electronic differential locks are a few of the highlights of the smart innards under that gorgeous Mercedes shell.

The first car from Audi to be able to breach the 330 km/h barrier and Tony Stark’s choice of wheels, the new-gen R8 is over 45 kilos lighter than its predecessor. It is an unbeatable delight around the corners – the four-wheel drive system over-rides any hint of understeer and the taut suspension and chassis help it prance between edges without losing its balance.

The first V10 on the list, the R8 features a 5.2 Litre churning out 610 PS and 560 N-m of peak torque. Under partial loading, it can also shut down 5 out of the 10 cylinders to save fuel. The 0-100 acceleration time of just 3.2 seconds makes it the fastest production Audi off the blocks. Extensive use of carbon around the body aids performance and at the same time, provides a slick exterior to the R8.

The BMW i8 shook the automotive industry when it broke cover in 2014. It redefined and reimagined what a vehicle could look like. It was as if it was shaped by the wind, rather than for it. It was and still is the most radical presentation of the complex body-forms that can be achieved by the use of Carbon.

Another way in which the i8 redefined the industry was because of the high levels of performance it could get to by a measly 1.5 L turbocharged engine supplementing the on-board electric motors for a combined output of 357 BHP. It can hit the ton in just 4.2 seconds and at the same time, it delivers an unbelievable 47 km/l. 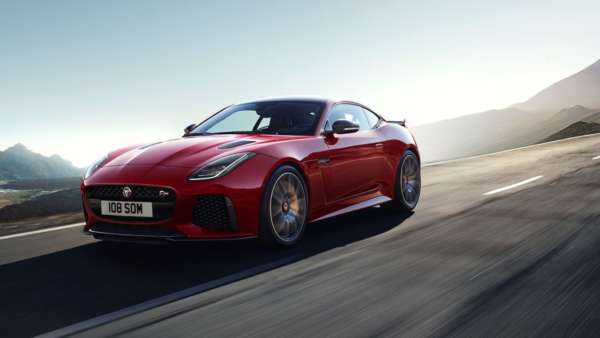 The successor to the legendary E-Type, the F marked Jaguar’s reinvigoration in the sports car industry. And from one beautiful legend to another sexy beast, this is undoubtedly one of the most desirable cars in the world. The perfectly proportioned body, long hood and well-defined curves make this one of the best looking cars on the planet. 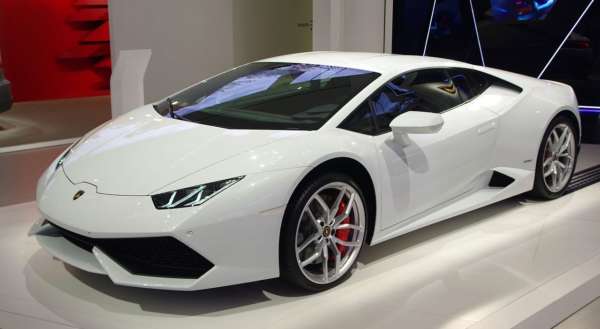 There is just something about a Lamborghini that sets it apart from any other manufacturer out there. The sharp wedge like styling and the angry powertrain places it as one of the most powerful chauvinistic symbols, perhaps in the history of humans. Even in this entry spec trim, the Huracan carries all the angular cuts and magnificent details that define the brand.

The LP580-2 ditches the all-wheel drive system seen on other, pricier, Lamborghinis and uses its rear wheels to deliver 571 BHP to the ground propelling the car from naught to the ton in just 3.4 seconds. The V10 engine also gets a 90-degree multi-port injection system aided by the direct stratified injection technology. Many believe that the rear-wheel drive system makes it the naughtiest and the most enjoyable pick among the range which comprises of more powerful all-wheel drive models.

The British luxe-barge maker’s take on the supercar might just be the best grand-tourer on sale today. Carrying Bentley’s familiar haunches and stately look, the Conti makes it to the list simply because of the way this can take you to idiotic speeds while keeping you cocooned in the most luxurious leather swathed interiors you can find on a road-going car.

It carries a 4.0 Litre V8 that belts out 500 BHP and 660 N-m which can push this beast to 100 in 4.5 seconds – which is no mean feat when you consider the 2.3 ton weight of this hulking giant. It does not deliver cutting edge technology – the Conti was never about that. It is about getting from point A to point B in the fastest way something as comfortable as this can travel.

Ferrari has become synonymous with the word supercar and the California T is how you can be a part of the super-exclusive club with the smallest dent in your pocket. However, the lower price does not make it a lesser Ferrari. The svelte curves and details are all distinctly Maranello. And so is the beautiful Italian rasp that the 90 degree V8 puts out.

It puts out a mind-boggling 560 PS and 755 N-m that accelerates this stallion to 100 km/h in just 3.6 seconds. And yes, being a Ferrari, it is a natural attention magnet. Besides, did we mention that you can also drive it with the top-down?

The 488 GranTurismo Berlinetta is the quintessential Ferrari with aggressive scoops and cuts all around the body to direct air around the body – even the door handles are shaped so as to feed more air into the intercoolers! The styling is much sharper than what you see on the California and makes it, arguably, the best looking car on this list.

It can push out 670 BHP and 760 N-m from a 3.9 Litre turbocharged V8 which allows it to reach a maximum speed of 330 km/h, hit the running ton in just 3.0 seconds and the double-century in just 8.3 seconds. It also gets Ferrari’s magnetorheological dampers that adjust the suspension according to the surface ahead.