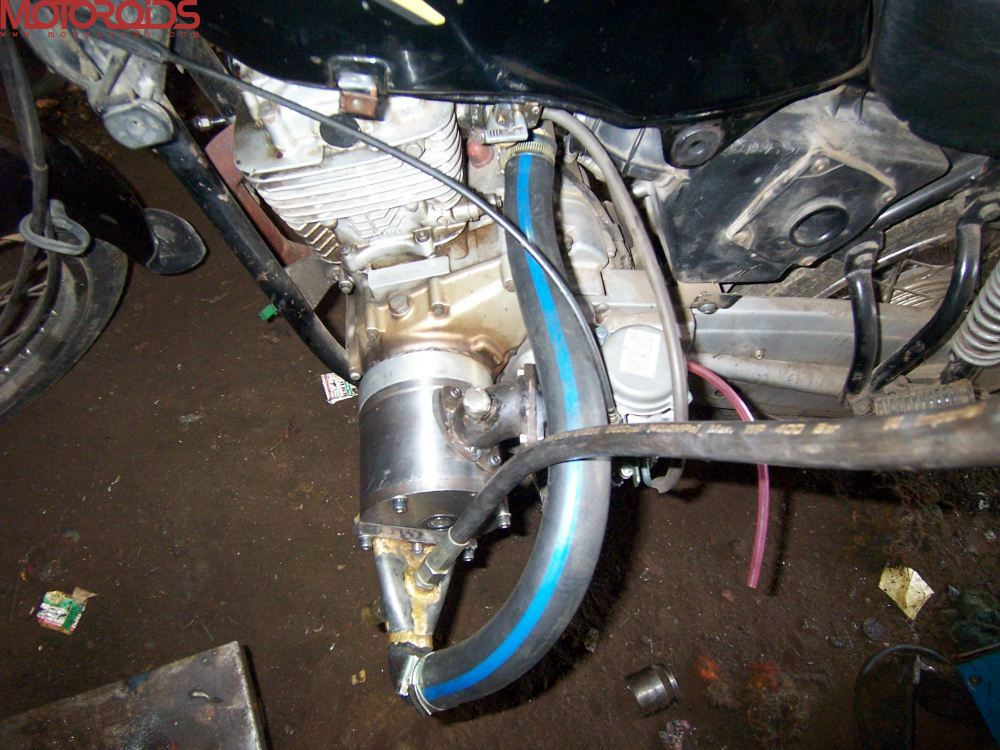 The bike was duly tested with and without the supercharger and the results were documented in the most professional manner possible.  The team of engineering students who worked on the project included

An attempt was made to increase the power output and volumetric efficiency of the engine by using a supercharger. The objective of this project is to attain a higher powered engine at a lower cost compared to that of a higher capacity engine. Here we have a few more details about the project, followed by some pictures of the installed equipment and the test results

Consideration for our Design and Farication

Mild steel has been used for the casing due to its wide availability, strength, high thermal conductivity and low co-efficient of friction with Teflon.

Steel is used for the rotor due to its high strength, durability, high thermal conductivity and low co-efficient of friction with Teflon.

Teflon is used as material for the vanes due to its low co-efficient of friction with steel of about 0.04, less weight and its ability to withstand high temperatures.

Mild Steel EN24 is used as material for the shaft due to its high torsional stiffness and shear strength.

The design, fabrication and assembly of all the parts have been discussed earlier. Various tests were carried out on a chassis dynamometer for a stock vehicle and with the supercharger and the corresponding results are tabulated below.

The results showed a significant improvement of power in the low speed range, but there was little improvement at higher speeds. Also an improvement in the maximum speed and acceleration was obtained. The fuel consumption was higher due to larger amount of a/f mixture being supplied to the engine and also due to drive being taken from the engine.

Based on the results, the following conclusions can be drawn: