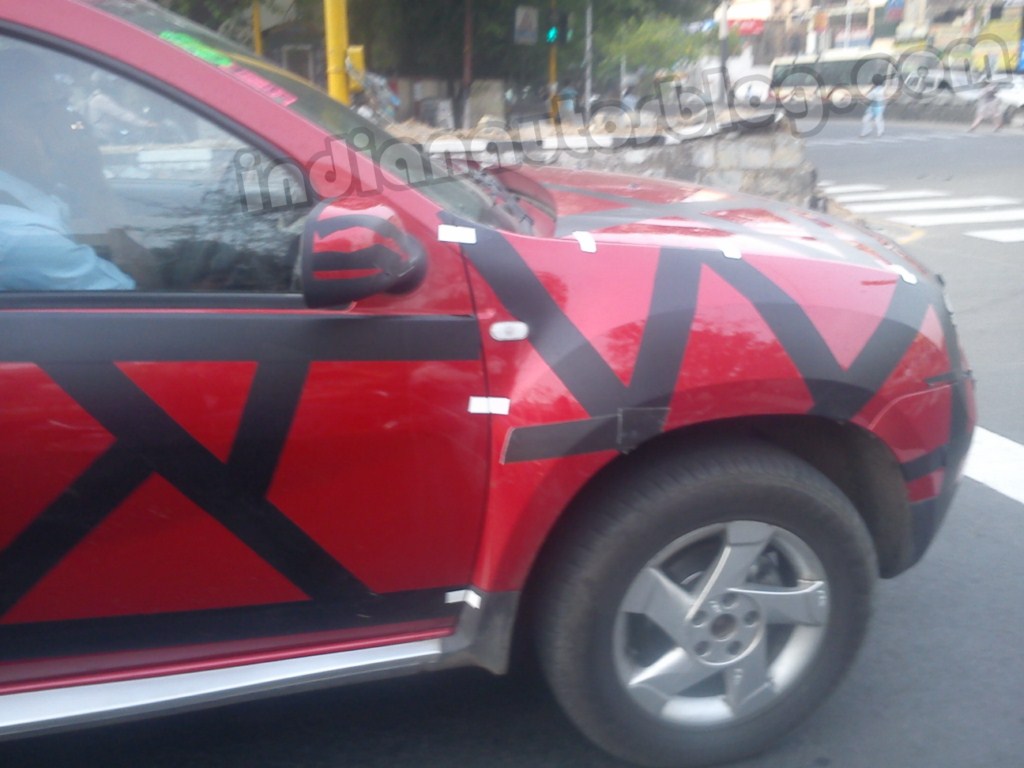 Amidst the rumors and speculations and half cooked news about the launch of the Renault Duster in India, some more spy pics of the car being tested on Indian roads have emerged on the web world. It may be noted that the Renault India has high hopes for this Mini-SUV in our SUV crazy country and these sightings show that the manufacturer wishes not to leave any stone unturned when it comes to fine tuning the Duster for Indian market. Here are the details of this soon to be launched car:

The Duster, like the Logan and unlike the Fluence, is an ‘economy-class’ vehicle manufactured by Dacia.The SUV is built on the same platform as the Logan nay(!!) the Mahindra Verito. Renault recently unveiled the Duster ‘compact-SUV’ at the ongoing Auto Expo in New Delhi. The Romanian version was seen being showcased in India, albeit, with a few minor alterations. Renault is planning to make India an export hub for the Duster SUV.The firm revealed its plans to export Duster to the UK by the end of 2012 under the Dacia badge.

The Renault Duster is scheduled for launch in India by mid 2012. The Duster will come along with a price tag of around INR 7-9 lakhs. The SUV designed for the Indian and UK markets will be similar with a few cosmetic changes though.