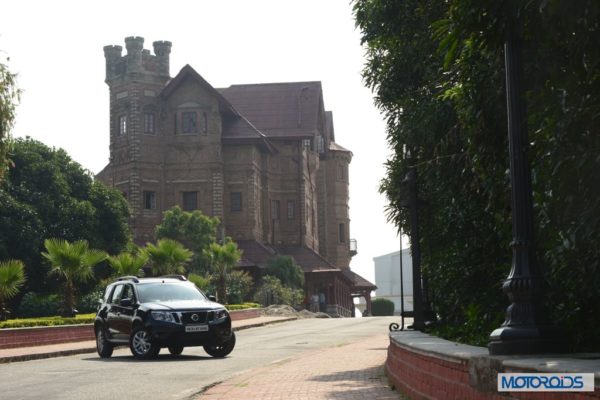 To celebrate the anniversary of Terrano, Nissan invited us for a unique, one of its kind experience. Nissan`s Son of the Soil concept builds on the values such as strength, toughness and good looks which are synonymous with the Terrano as well! A drive from Amritsar to Palampur situated in the fascinating Himachal was enough to prove the point. Unfortunately, the Terrano Anniversary edition was not available, and our guesses were proved wrong about the possible launch of Terrano AWD. Nonetheless, being behind the wheels of 110PS Diesel version wasn’t ever going to be boring! 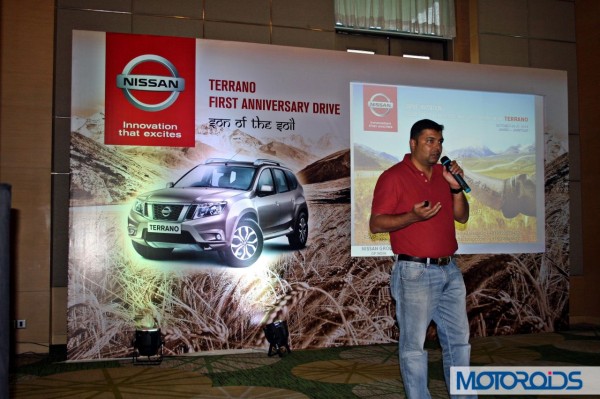 Amritsar to Punjabiyat :  The flag off took place from Radisson Blue – Amritsar, after a quick bite and brief about the drive experience. 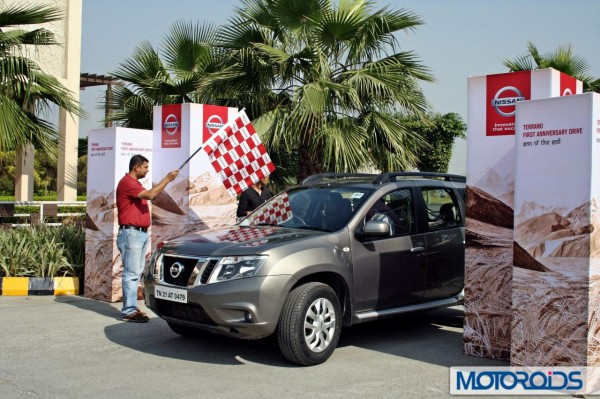 Punjabiyat (LITERALLY meaning `being punjabi`) is a fantastic concept in itself. It’s a lodge, a getaway, it’s an experience in itself. Located about 75 km from Amritsar, near Gurdaspur on NH-15, it’s arguably the best way to sample the effervescence of the Punjabi culture and its large hearted people. The drive is mostly on single carriage ways lined with fields laced with traffic of the local flavor. The laziness of the life outside metros is calming in itself, vast and endless fields crisscrossed by canals are a stark contrast to the concrete jungles we encounter every day. A quick readjustment to our driving demeanor, an hour later we find ourselves at Punjabiyat, a place that we all have been curious about. Needless to say, the Terrano was completely at home on the inroads that led from the fields, thanks to its excellent ground clearance- throwing it around with cautionary recklessness is addictive! 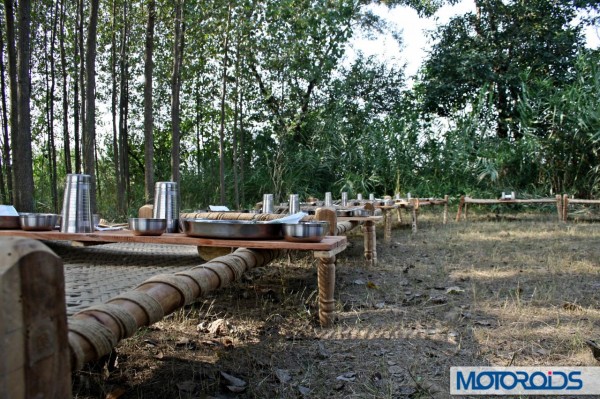 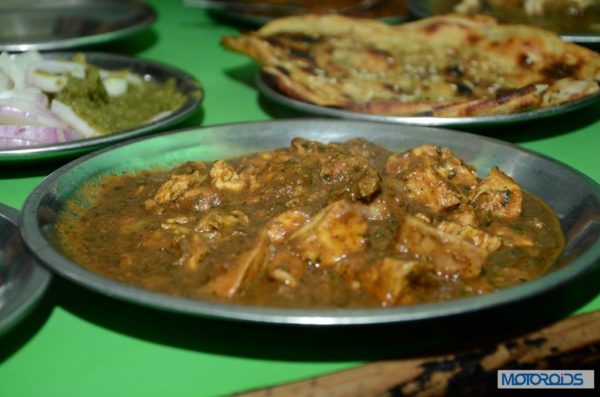 The first thing that strikes you is the rustic smell and the splendid isolation that Punjabiyat offers. A splash of the chilly tap water on your face is enough to instantly rejuvenate you even as the afternoon sun shines brightly upon the sugarcane fields. A setting of charpoys, open air kitchen and jalebis being prepared before you was seriously appetizing. They say an average person can never have 2 full blown punjabi meals in a day, I totally agree! 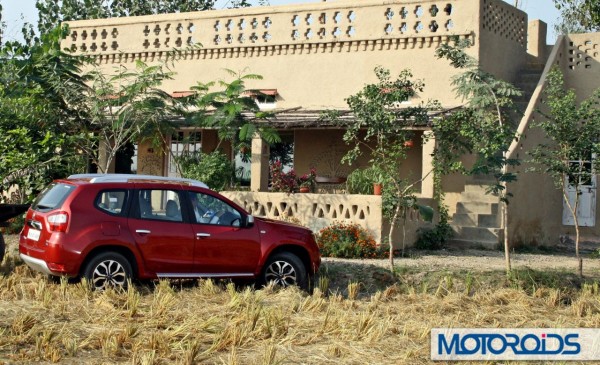 Starting off with a beer jug rivaling tall glass of buttermilk, our spotless dining plates were quickly loaded with the simple punjabi delicacies prepared in pure desi ghee! Don’t be fooled by the size of the serving, you will soon be tummy full, and it can see you through the day! While we gorged on Rotis and Dal Makhani I couldn`t help but think of the next exciting agenda – driving a tractor in the fields. 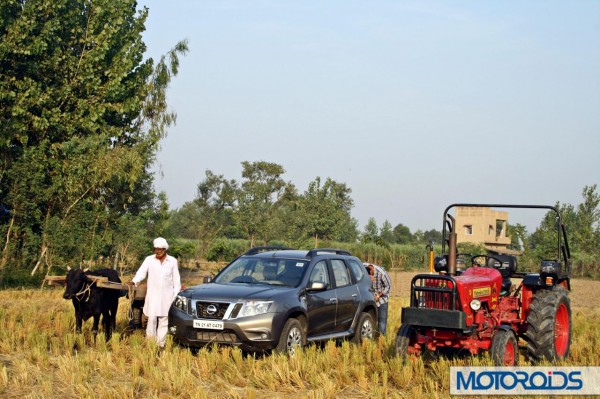 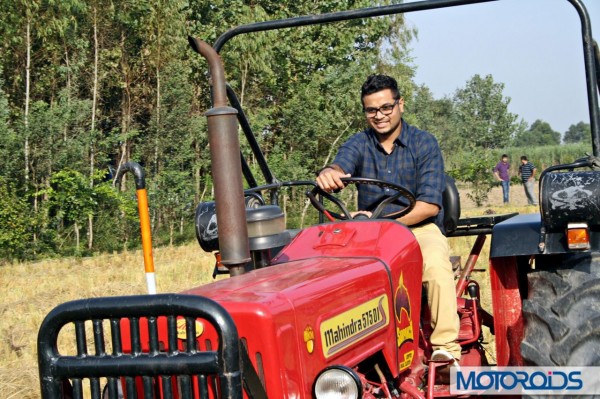 While we all boast of having driven some or the other exotic car or bike, the excitement of trying something new was akin to a kid getting a new toy. Bobbing around on the Mahindra 575 DI Sarpanch in the fields was quite an experience but we couldn’t wait to take the Terranos out either. Rummaging over mini bunds in the field, trying doughnuts, driving through ploughed soil of the sugarcane fields, grazing over foot tall grass – nothing was left un-tried, Son of Soil style. 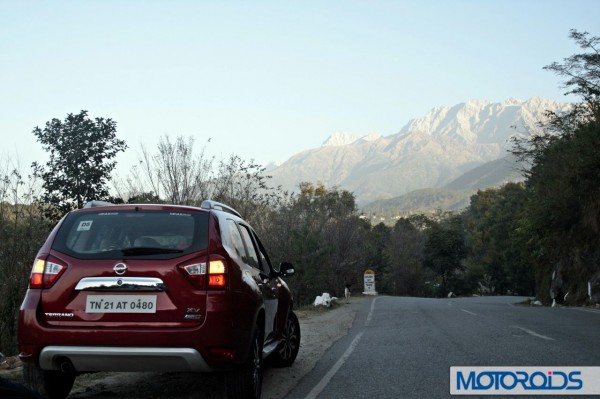 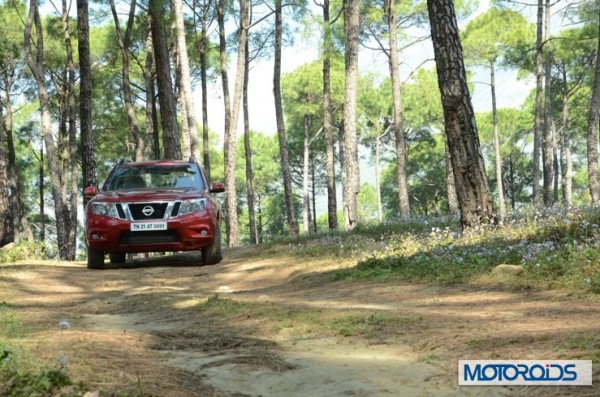 Soon, we were ready for the next leg of the run from Gurdaspur to Palampur in Himachal. Roughly 160kms to the destination, we hit the NH 15 which connects Gujarat to Pathankot and the Terrano was in the mile munching mode. The NH15 is a dual carriageway and one can cover great distance here as long as one is careful about the HCVs plying on the wrong side of the road. Later switching to NH20 that connects Pathankot in Punjab to Mandi in Himachal Pradesh, the travel speeds reduce as roads get narrower on this single carriageway. Dusk sets in early due to the topography and it was time to roll the windows down and enjoy the cool weather as we wound through the snaking roads all the way to Kangra valley. 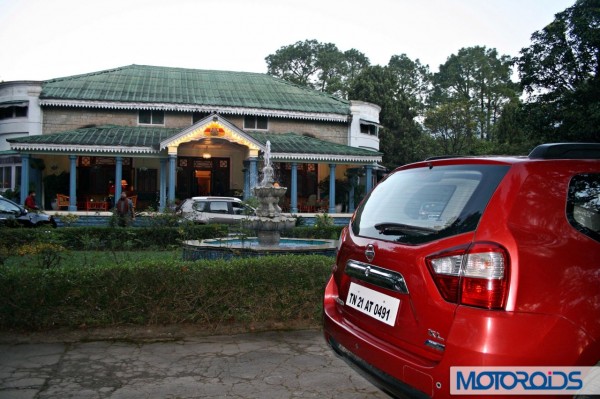 En route, we did a small stop over to sync up with the rest of the convoy at Kangra Airport (aka Gaggal Airport). An eerie silence prevailed and the power was down at the airport with not a single soul in sight! With nothing to see, all we did was devour the twisties and the Terrano happily obliged. 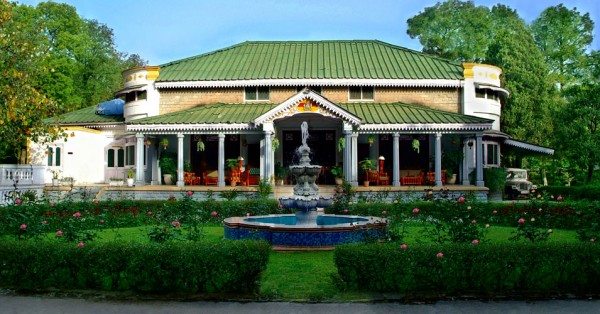 We stayed at Taragarh Palace hotel – Kangra valley. It is actually a property that belongs to a royal family and exudes a classy ambience from its colonial styled furniture to teak paneled dining halls. At the right time of the year, it also offers a splendid view of the snow capped Dhauladhar ranges! 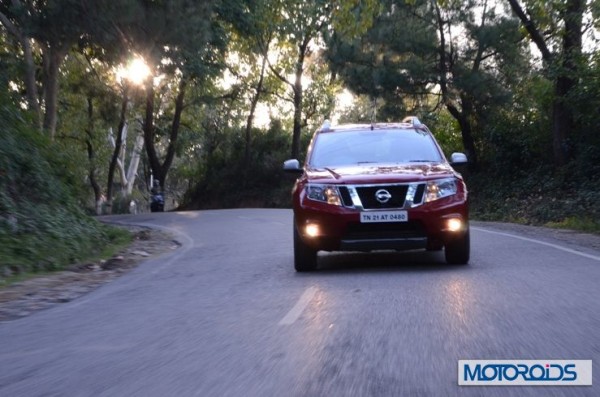 An early start to day-2 meant that we did not have much time to relish the beauty of the Dhauladhar (The white ranges) which lined up as we made a quick dash to Norbulingka Institute which is approx 50km from the Kangra. The Dhauladhar ranges form the outer chain of the Himalayan mountains. Early morning sunlight bouncing off the granite-limestone surface of the Dhauladhars while driving through the Pine tree lined roads, is a sight to behold. Norbulingka institute located closer to Dharamshala is worth a visit with its Tibetan prayer flag lined gardens contributing towards its serene atmosphere. 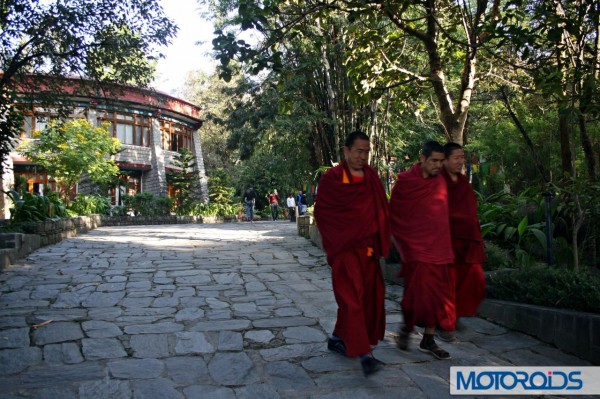 A quick breakfast at the institute, and we were ready to reach Jammu for the flight back. We didn’t drive ourselves from Dharamshala to Jammu. A blessing in disguise, since it gave us ample time to gaze at the picturesque surroundings before we took a flight back to the urban jungle. 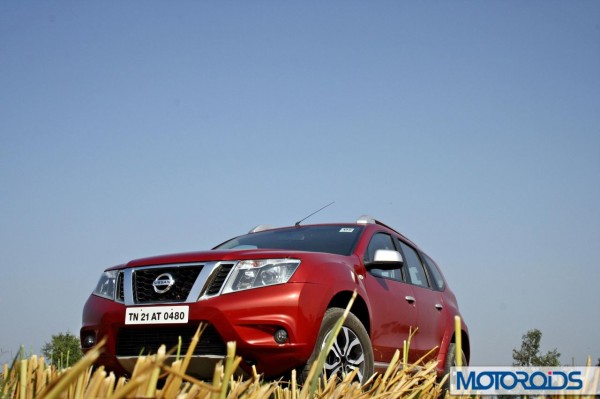 Throughout the drive, we experienced a wide variety of terrain. From the ploughed fields of Amritsar to the flat out NH15, twisties of Kangra to traffic of Amritsar city, the Terrano breezed through it all. A true Son of Soil then? You bet!