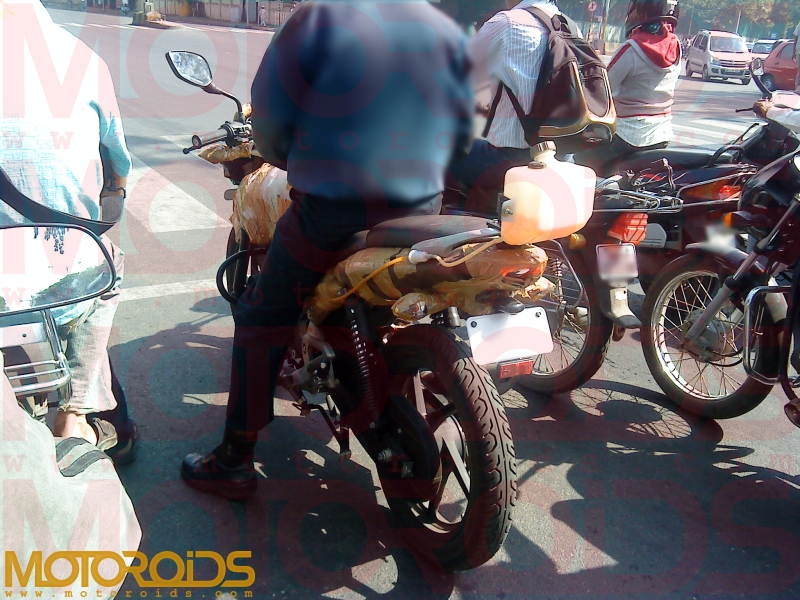 Early this month, we told you that the Bajaj XCD 125 has been axed due to falling sales. This dip can also be blamed onto the XCD 135 which has been doing really well, thanks to a great overall package. So now that the 125 is gone and the 135 is doing a fairly good job as an executive commuter, Bajaj has decided to ‘exceed’ its customer’s expectations by launching a new, sportier variant based on the XCD135 platform! Don’t believe us? Check out the scoop shot attached herewith:

What you can see here is a sportier variant of the XCD135, which will be christened as the ‘Pulsar 135’. Yes! You read it right. The ‘Pulsar’ brand will now add a 135cc machine to its family. The new bike is solely targetted at the Honda Stunner 125 – a bike that has been doing exceptionally well in the sporty-executive class not only in India, but throughout the world. Though this new Pulsar is based on the XCD135 platform, it borrows a lot of design cues from the XCD125 Sprint concept which Bajaj exhibited at the 2008 Auto Expo. One of our eagle eyed readers caught this bike being tested for fuel efficiency near the Bajaj factory a couple of days back. The new Pulsar will use the same 135cc DTS-Si mill that powers the XCD135, but will run a slightly different state of tune with better low end torque to zip through the city traffic. It will still use the same four-speed gear box, unlike the Stunner’s five-speed tranny.

The seating stance too will be sportier as compared to the XCD135 with the inclusion of a step-seat arrangement and rear-set footpegs. The front headlight will be similar to the XCD Sprint concept and won’t be as subtle as the unit on the XCD135 (even though the XCD135’s headlight too was designed on the XCD Sprint concept’s theme). This bike might spawn a new design language for the Pulsar series and may transform the rest of its cousins in the year ahead. The new bike claims to achieve new benchmarks in terms of engine refinement and is mainly aimed at a pleasurable yet sporty city commute. The bike will be launched at the end of this month at a price tag that is a couple of thousand rupees above the XCD135. We have made a quick creative to point out some of the features that the scoop shot has highlighted. Check out the next page for the details and the video! 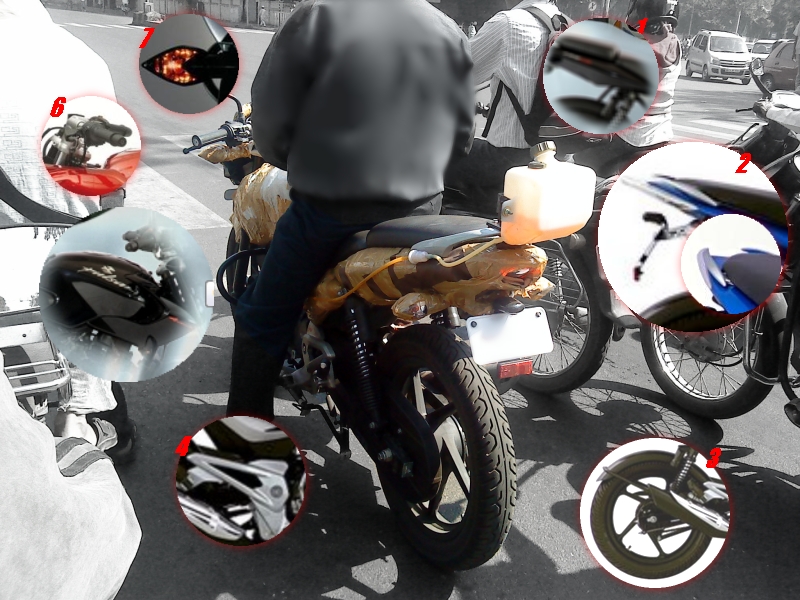 Bajaj has also released a teaser video of the upcoming Pulsar 135. Check it out here:

Got a scoop to share? Send the info/pics to [email protected] today!