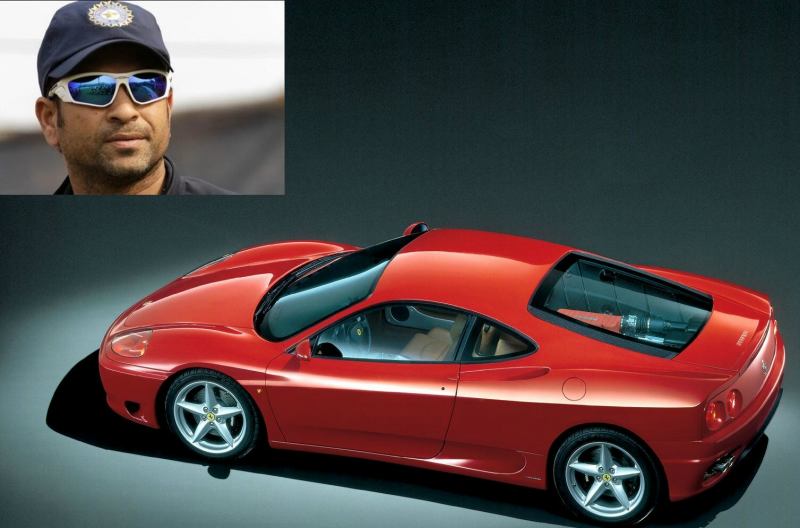 Even with all his virtues and dedication to the game, Sachin Tendulkar at times has given ample hints about his stinginess. The man has now sold the Ferrari 360 Modena gifted to him by Fiat to a Surat based businessman ‘for an undisclosed amount’. Now, first, selling a gift isn’t really a gentlemanly trait. Even more so, if the gift was a Ferrari car, presented to you by none other than Michael Schumacher. To sell such an object, you should either have some really insurmountable financial liabilities, or you should have developed a profound hatred or rivalry with the person or company who gifted the car to you. I for one, as an auto enthusiast, won’t take this whole development in a very good taste. The entire episode looks ugly in the light of the fact that back in 2003, Sachin actually tried to evade duty on the gifted car, and Fiat eventually coughed up the duty for the cricketer. Making money on such a gesture, well Sachin, we didn’t expect this from you.

Also, within days of selling his supercar, the LittleMaster hasreplaced it with a new one – a Nissan GT-R. Sachin is reported to have payed close to Rs 50 lakh for the car, which isn’t really a big amount considering the Rs 1.2 crore bounty the cricketer is reported to have got from the Ferrari’s sale. Two engineers were flown in from Dubai to tune the GT-R to Sachin’s preferences.

As we are putting it unequivocally, we are disappointed by the event. What’s your take?