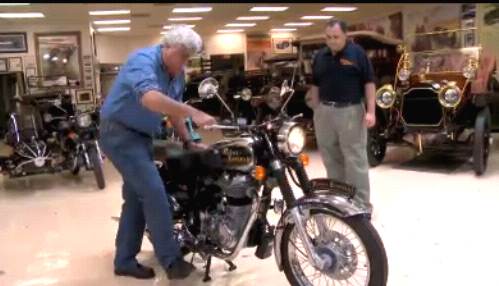 Leno, in one of the recent episodes of his online magazine show ‘Jay Leno’s Garage’ featured the RE Classic (old). He invited Royal Enfield USA President Kevin Mahoney for a discussion about the Classic and C5 models.