Home Features Rare 1960 Austin-Healey 3000 Mk. I Competition to be auctioned after 25 year rest 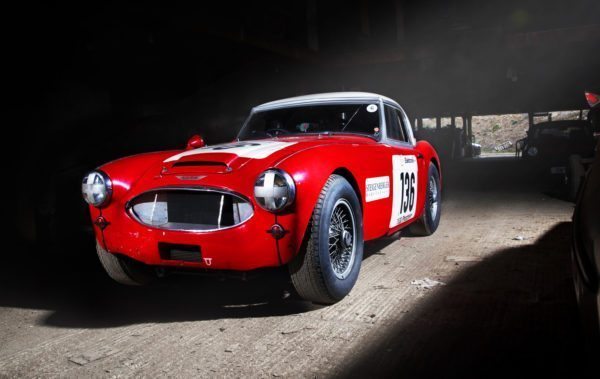 A rare 1960 Austin-Healey 3000 Mk.1 BT7 competition car is going under the hammer at the Historics grand summer auction in Brooklands Museum, on Saturday, June 6, at an estimate of £35,000-£45,000 (approximately INR 33-43 lakh). This hardcore, rally tuned derivative of the ‘Big Healey’, as it was addressed to in its day, is in a ‘barn find’ condition and ripe for a thorough restoration, as the dirt and grime from resting in dry storage for a quarter of a century has dulled its bright red coachwork. 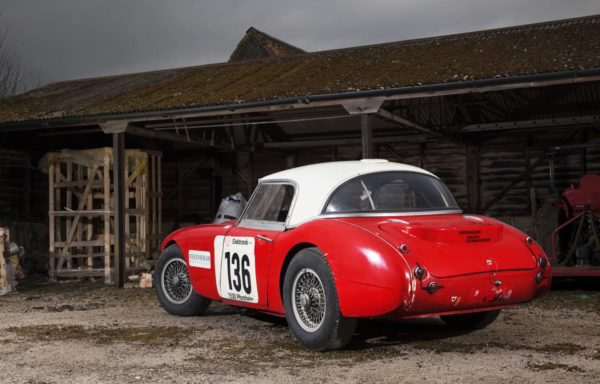 This Healey left the assembly line in March 1960, its 2,912cc straight six engine and four-speed transmission with overdrive complemented by a black hardtop, Dunlop Road Speed tyres, laminated windscreen, disc wheels all round and adjustable steering column. No heater was requested by the buyer, who parted with some £1,300 for his pride and joy. 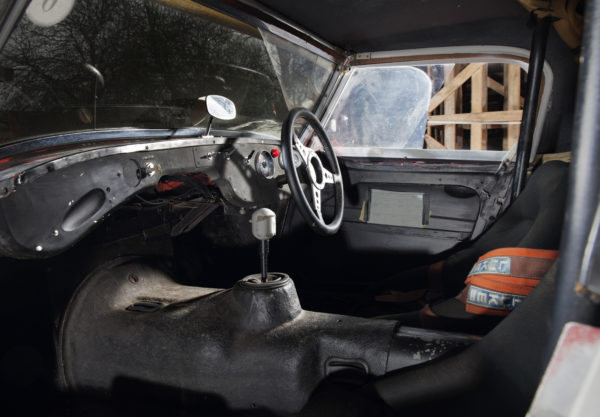 An unremarkable history in its first decade of life stepped up a gear in the early 70’s when the Healey was converted to its current rally spec, competing initially with its original registration number, OTK 76.  All body panels are aluminium, including all four wings and doors plus the dished bootlid, as per the factory Healey team rally cars, and mechanically, there are further strong suggestions of works attention. 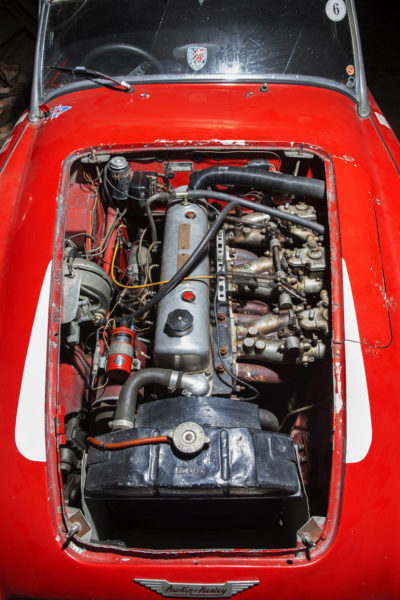 The standard capacity engine, now with oversize valves and fed by triple DCOE’s, features a tuftrided crankshaft, lightened and balanced flywheel, and a competition camshaft. Power is fed through the straight cut, close ratio gearbox, and the treasure chest also extends to an LSD, servo-assisted brakes and uprated shock absorbers, adjustable at the rear.

When dusted down and re-commissioned after its 25-year slumber, the Healey, now plated APU 122A, and with a fresh MoT Certificate, has excellent oil pressure and runs well, according to the auctioneer. It comes with a British Motor Industry Heritage Certificate and FIA papers dated July 1988.