Mahindra Adventures organised the Monsoon Challenge of 2019 earlier this year. Held in the background of heavy rains and luscious landscapes all over, this is one of the biggest TSD (time, speed, distance) rallies in India. With meticulous planning and attention to detail, the organizers from the IMSC chalked out a spectacular route down the Western ghats. The route involved two days of driving from Mangalore to Mysore, followed by Mysore to Ooty. Six hundred-odd kilometres of challenging terrain, serene locations and incredible highways. 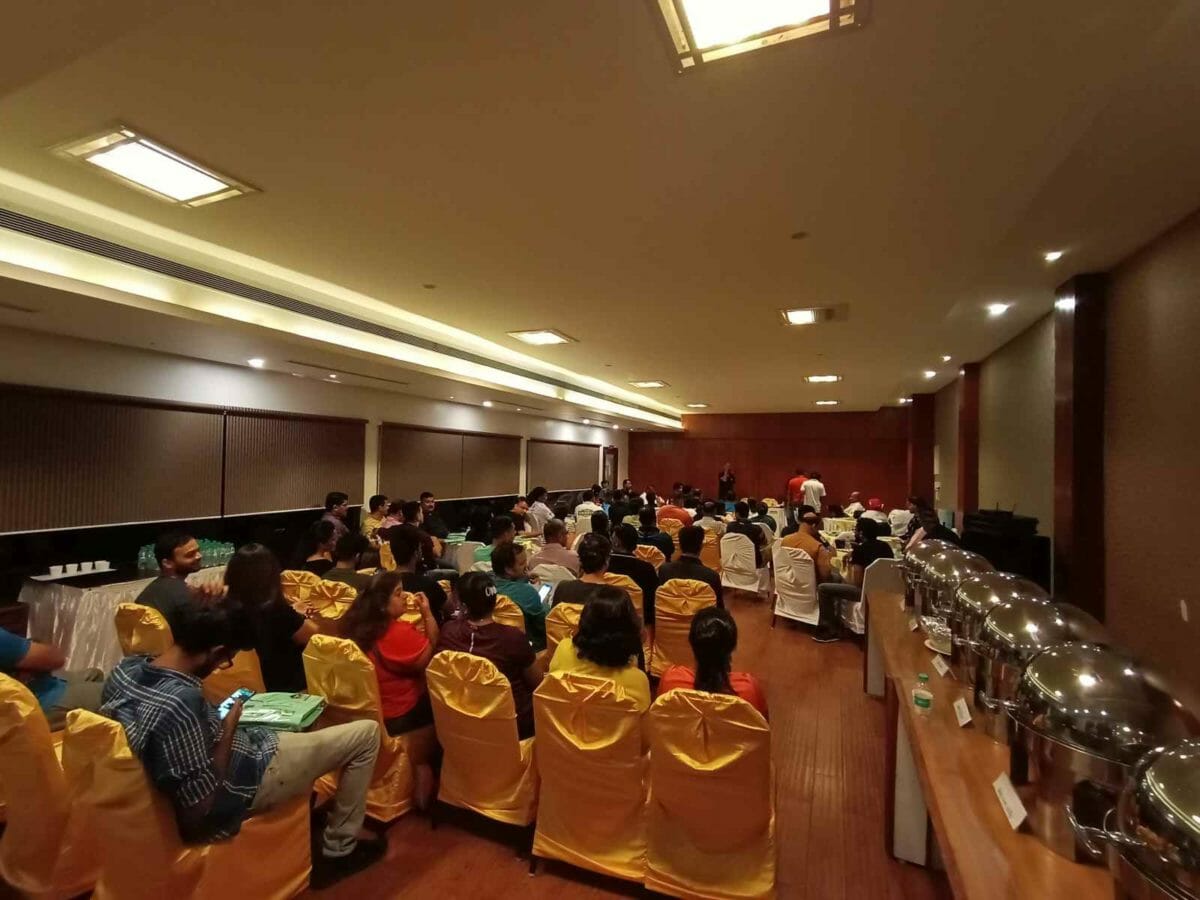 The vehicles ready for this adventure were the Alturas G4, Scorpio, XUV 500, Verito and the Thar. Before we begin sharing our experience at this event, allow us to explain what a TSD rally is. A time-speed-distance rally, as the name suggests, is a challenging event where all the three factors are to be taken into consideration and participants then have to excel at coordination and planning. 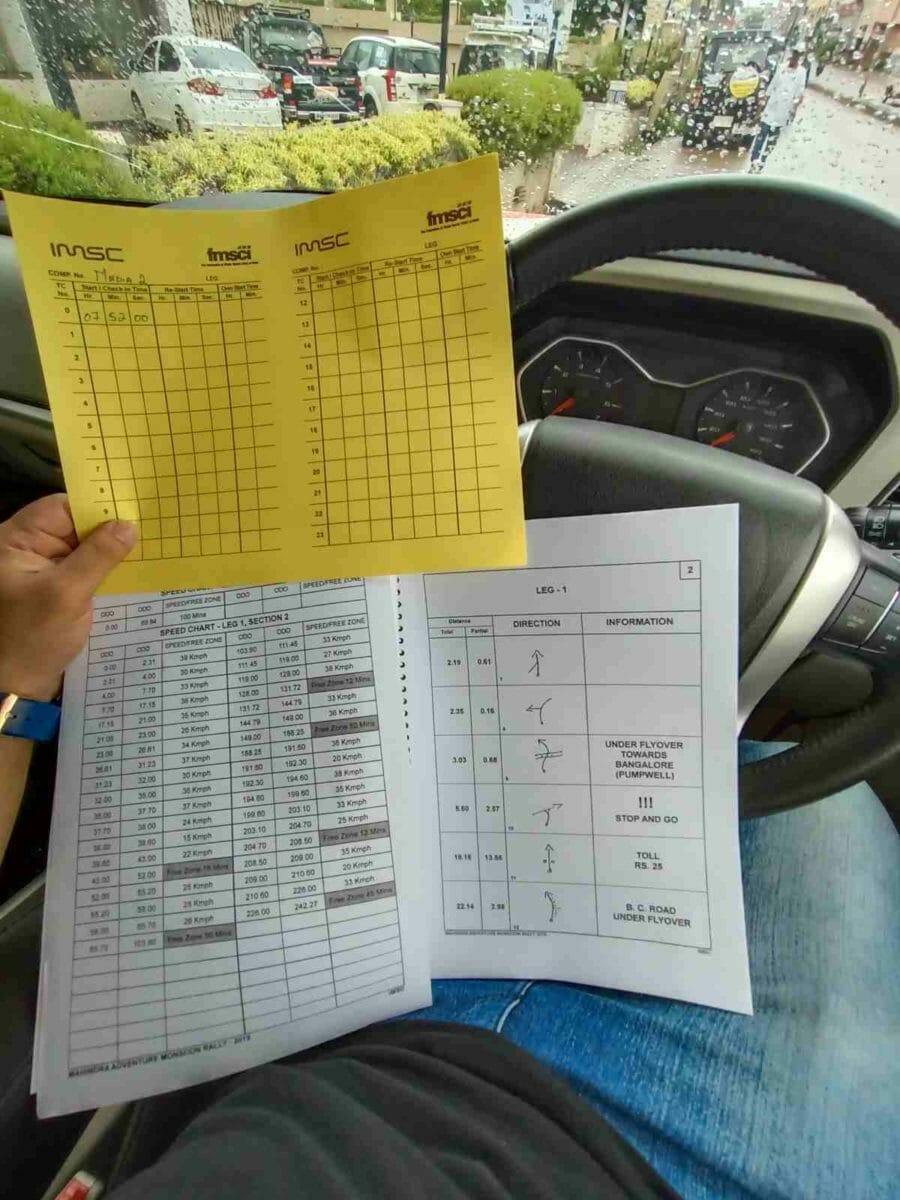 They are given a road book which has the entire route written down by virtue of signs and symbols. A key to these symbols was given to us during the briefing. The participants were also handed a time chart where the time interval with respect to the distance travelled was written down. There were intermediate checkpoints throughout the route where the time was noted down. 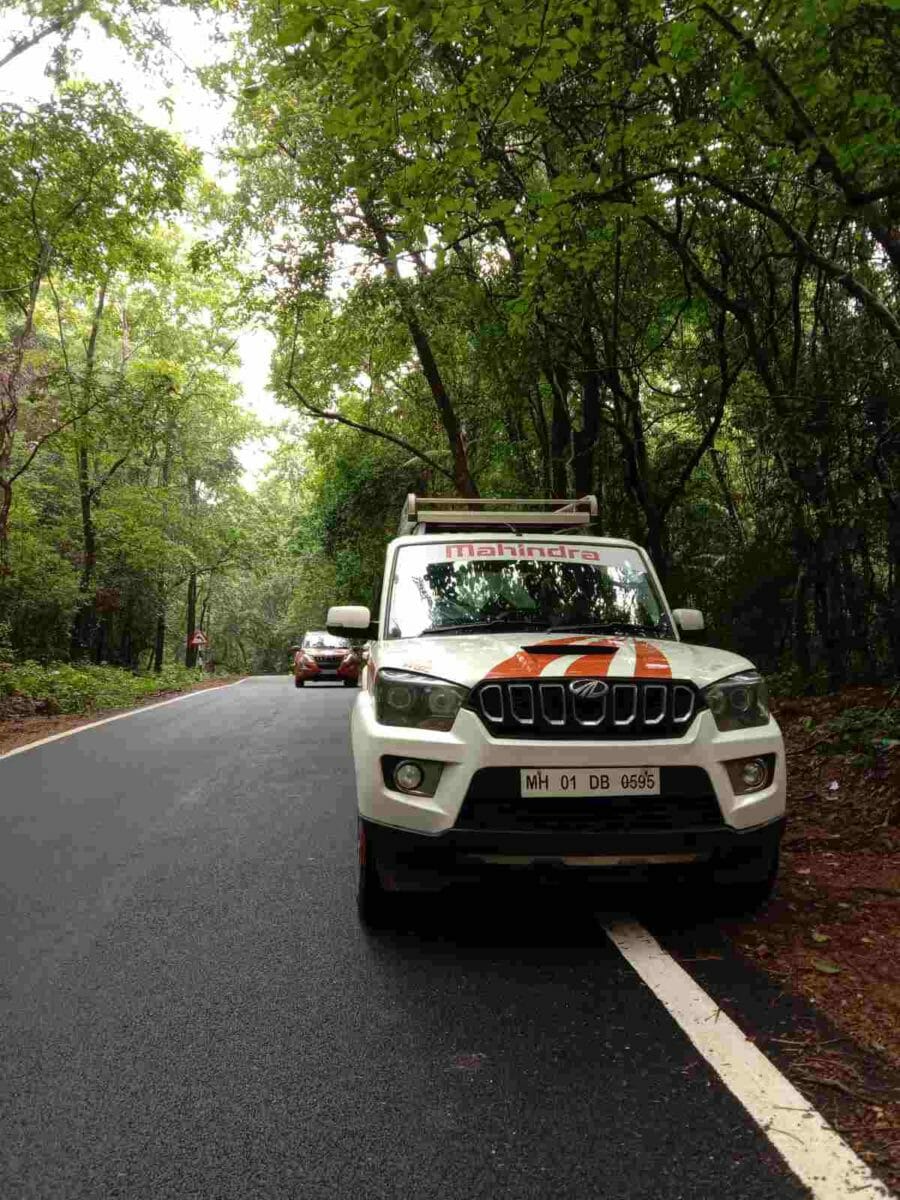 What this means is that the driver is supposed to get from point A to point B at a particular speed and at a specified time. Failure to adhere to these rules results in a penalty of time. If you manage to reach the checkpoint later than the mentioned time, you’d get a 1-second penalty and if you reached earlier, it’s a 2-second penalty. It sounds pretty easy but it was actually pretty challenging considering that there was no GPS, poor network coverage and unknown roads. You miss one turn guided by your navigator from the roadbook and the whole timing could go for a toss.

The Indian Motor Sports Club (IMSC) planned out an interesting and adventurous route during this 2-day escapade. The participants were divided into 3 categories – Professional, Amateurs, Open and four other sub-categories of Corporate, Doctors, Ladies and Media. Overall, 40 teams consisting of a Driver and a Navigator took part this year and the cash prize for the winning team was set at a whopping Rs 5.5 lakh! 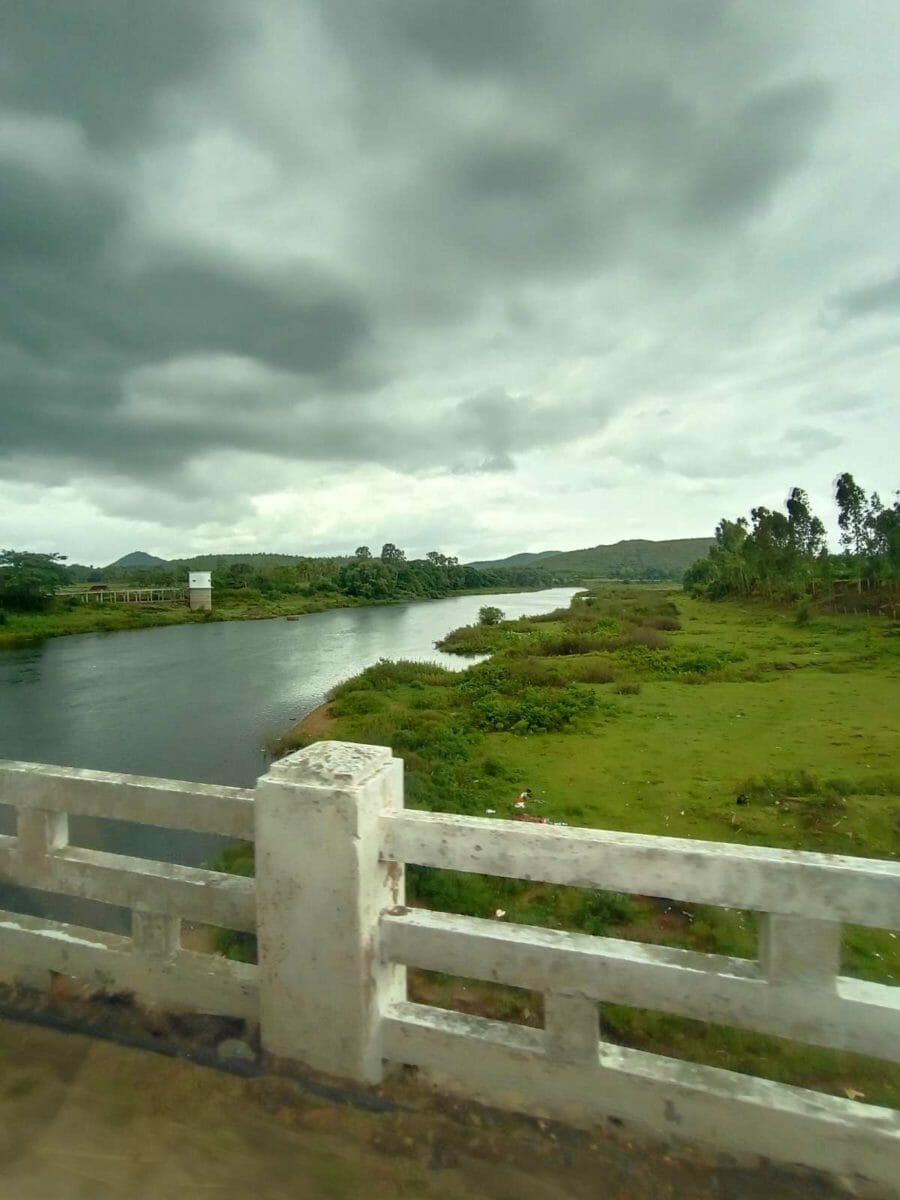 The way things were organised was on point and we were welcomed to the start of the event with a briefing and handing over of the merchandise, road books, time charts rules etc. There was a lot of excitement in the air and the people were really anticipating the start of the event. We were driving the Mahindra Scorpio this year which is powered by a 2.2-litre MHAWK Turbodiesel engine producing 140 BHP at 3750 RPM and 320 Nm of torque at 1500 RPM. The final drive was a 4×4. 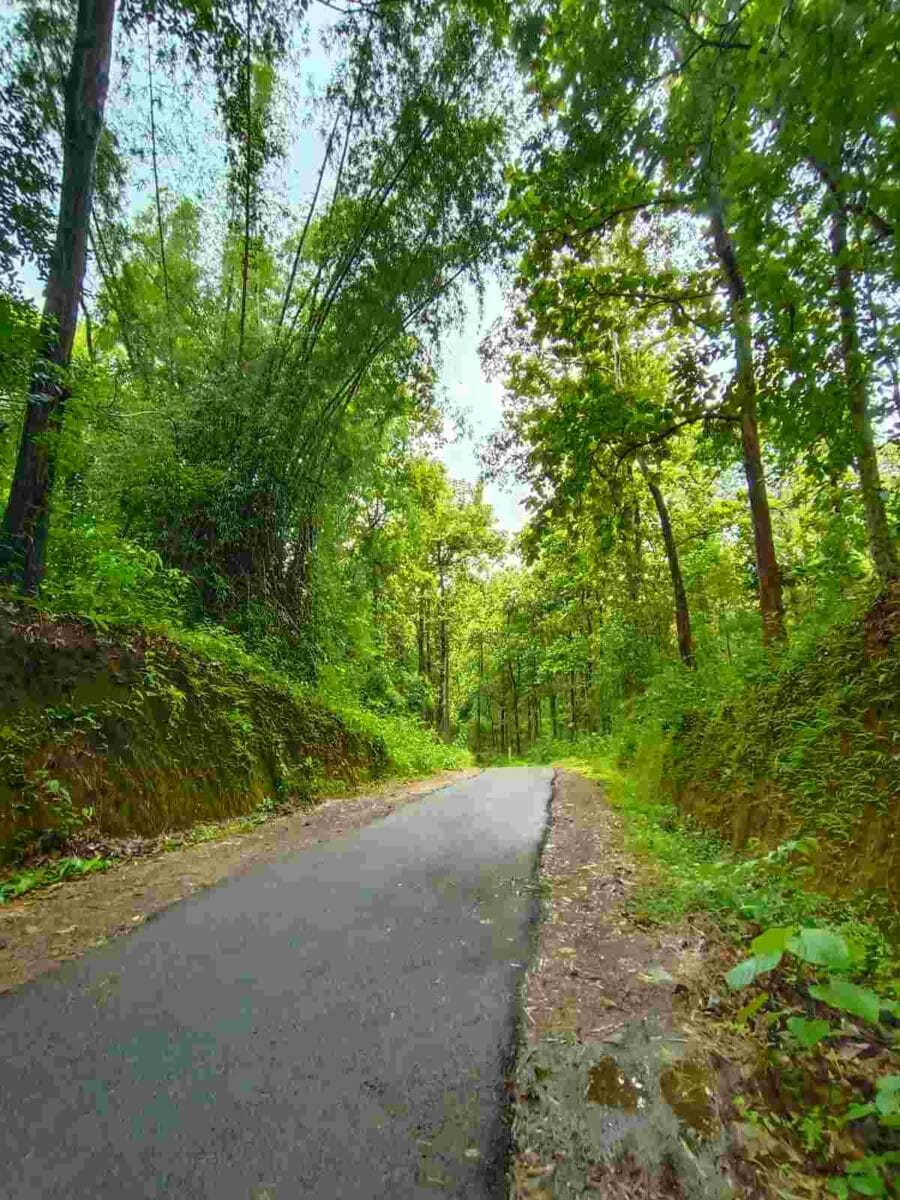 Day 1 saw us navigate through some really dense forest towards Coorg. The terrain was treacherous but the 4×4 capabilities of the Scorpio had us manoeuvre it with ease. The organizers had ‘Free Zones’ for us at regular intervals where we were able to stretch our legs with ease. Chasing the meandering highways towards Madikeri in the rains was an absolutely delightful experience. 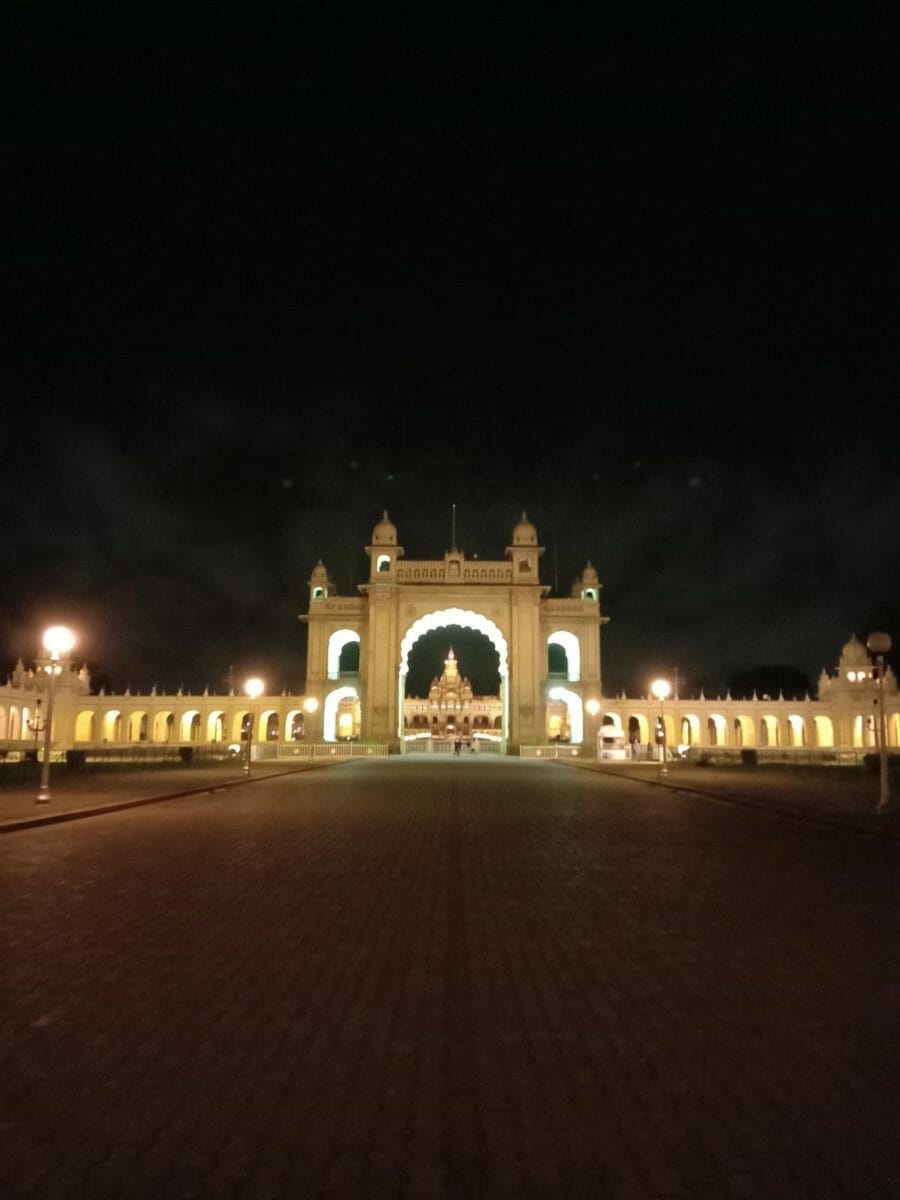 After a halt at the royalty of Mysore, Day 2 was all the more scenic. There were challenging detours and bypasses through some really small villages and no roads at all. This followed by some stunning lakes, dams and changes in topography literally like an HDR video. 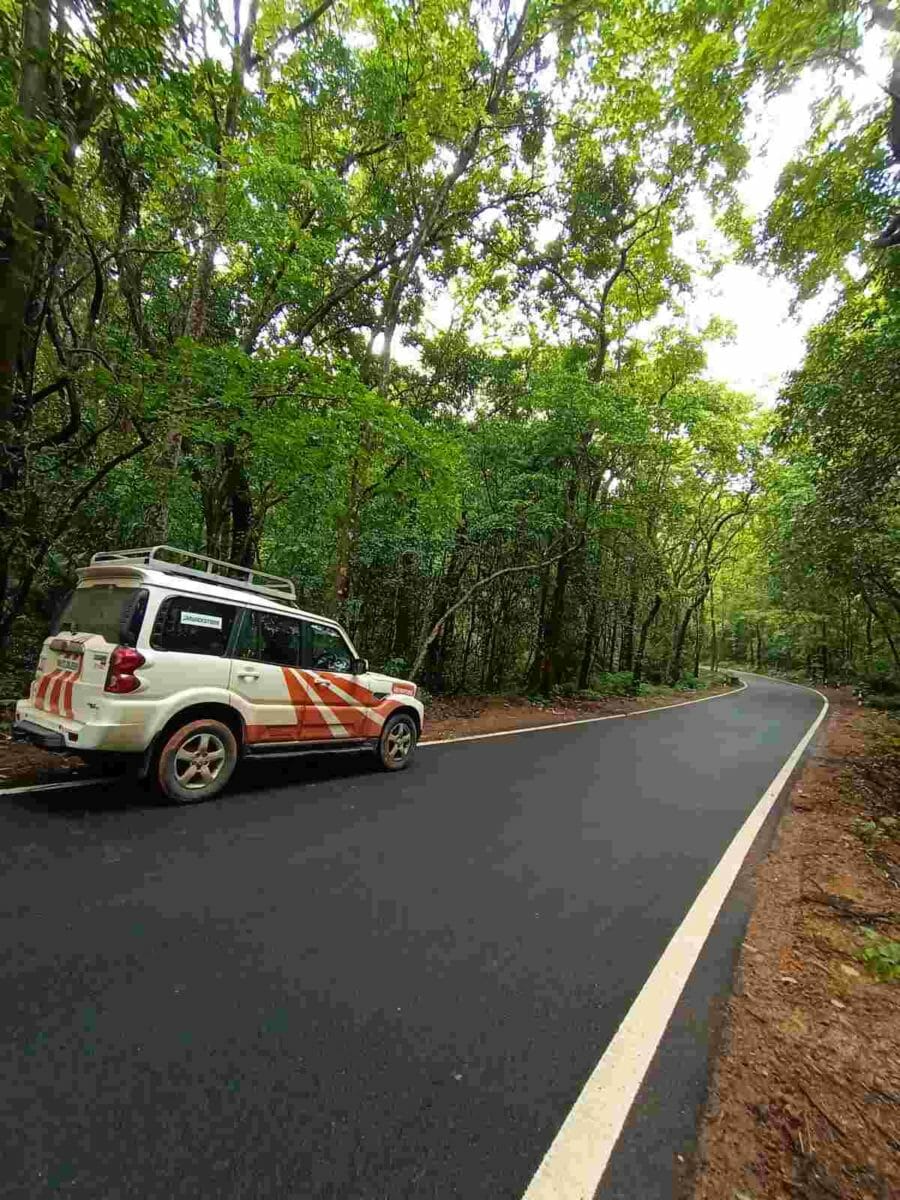 But the best part of our drive was the last leg of the second day where we drove through the Bandipur tiger reserve in Tamil Nadu and made our way up the 32 hairpins to the beautiful hill town of Ooty. Kudos to the team for plotting out such a well thought out route. The end of the day arrived and the results were announced. It was a close battle through the professional category with barely any time difference between the top 3 teams. 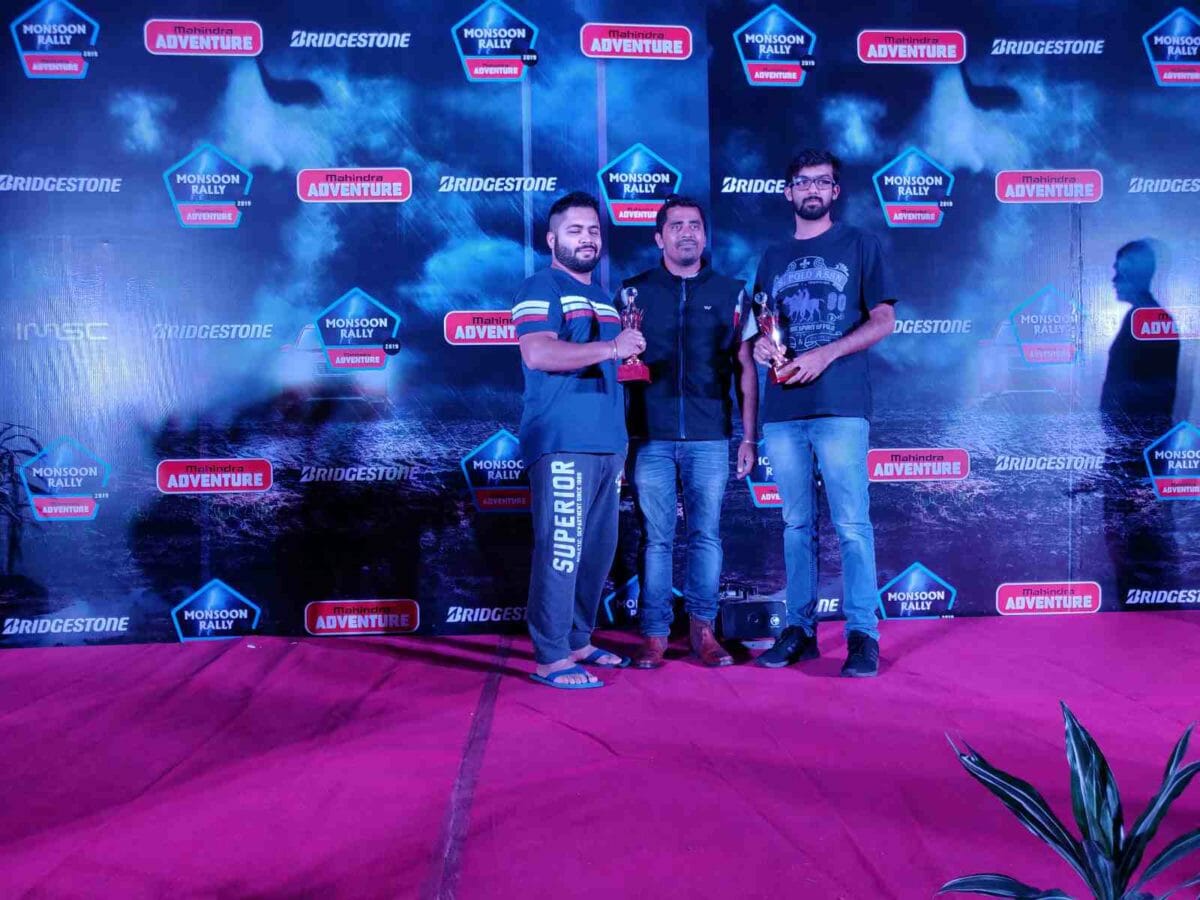 We managed to get the runners up in the media category. Personally, this was my first experience in a TSD rally and it was different than what I had expected at first. But as I drove and understood the gist of the event, I can say that it’s not that easy to work on all the three factors together and in sync. A big shout out to the Mahindra team and IMSC. Their consistent efforts and spot-on planning are instrumental in making such adventure events in India a great success.