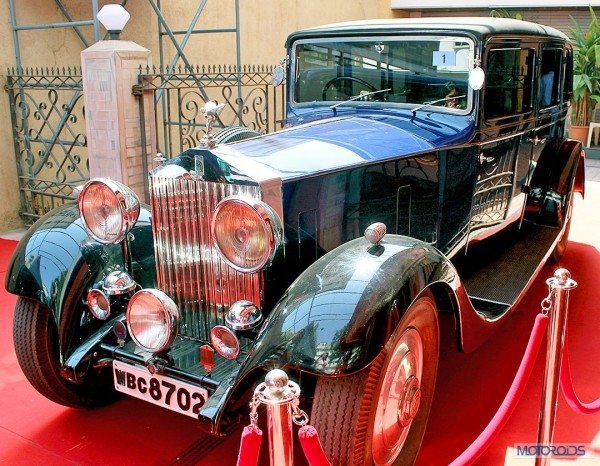 Osianama, as of now, is an arts and cultural exhibition society, based in Mumbai. And history has proved to us, that vintage/classic cars have been a unique form of art and thus, Osianama launched the Vintage & Classic Automotive Club (AUTO) on 24 January 2015. The first event that showcased these rarefied automobiles, took place on 21 February 2015 and lasted from morning till evening. This, one of a kind event, brought together a selected group of individuals who were keen to witness a mesmerising showcase of classics on four wheels. The primary aim behind this draw of crowd, was to organise a debate on the brand, i.e. Rolls-Royce and its perceived dominance on the car industry. More precisely, the British brand’s supremacy on car design over its competition. 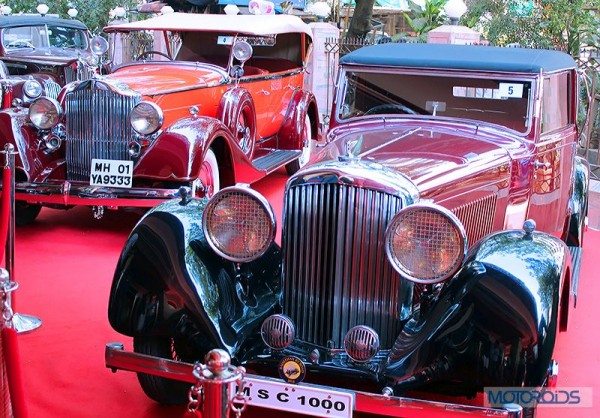 The competition includes a couple of Packard classics (background) and a 1934 Bentley (foreground).

The event was attended by Patrick Rollet, the President of Fédération Internationale des Véhicules Anciens (FIVA), which was founded in 1966. The international body is at the forefront of classic and vintage cars movement, globally. Other key guests included the likes of André Blaize, who is an author and a world expert on vintage Rolls-Royce cars, with an appreciable database of all RR cars produced till World War 2. Joining Blaize at the event was Serge Cordey. Cordey is the editor and publisher of the French version of Classic & Sports Car magazine. Filling in the remaining blanks was a legendary automotive/aeronautic designer, writer and design critic, Robert Cumberford. 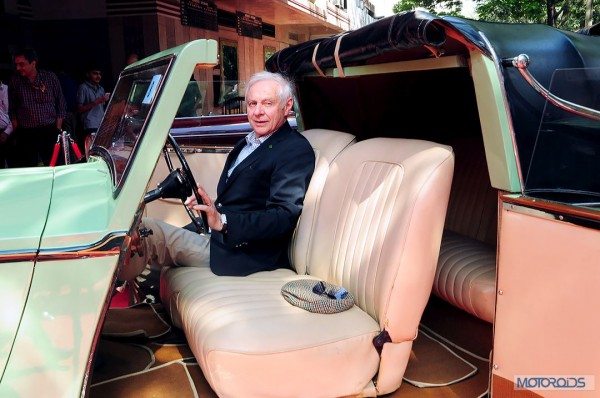 A total of six models made up the fleet of vintage cars at this event. The classic beauties included a car from the marque in discussion, a 1934 Rolls-Royce 20/25hp. The rest consisted of a 1929 Mercedes-Benz Nurburg 460, a 1935 Bentley 3 1/2-Litre, a 1934 Packard 8, a 1941 Packard 120 and finally, the “newest” of the lot, a 1948 Invicta Black Prince. According to Blaize, vintage Rolls-Royce cars epitomised the pinnacle of design and luxury among the existing cars of that era. Blaize believes that RR claimed global supremacy for the same reasons. Osianama arranged for this in-depth debate, by setting up the stage for the guest speakers and the invited audience. This debate consisted of Blaize, who was in favour of Rolls-Royce and Cordey and Cumberford, who weren’t. 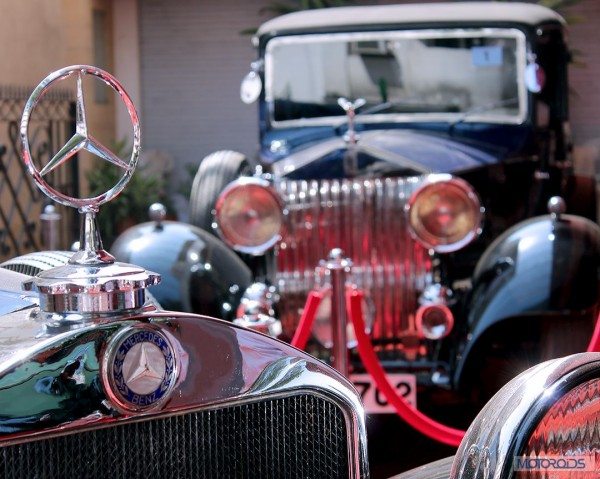 Spirit of Ecstasy versus the 3-pointed star. 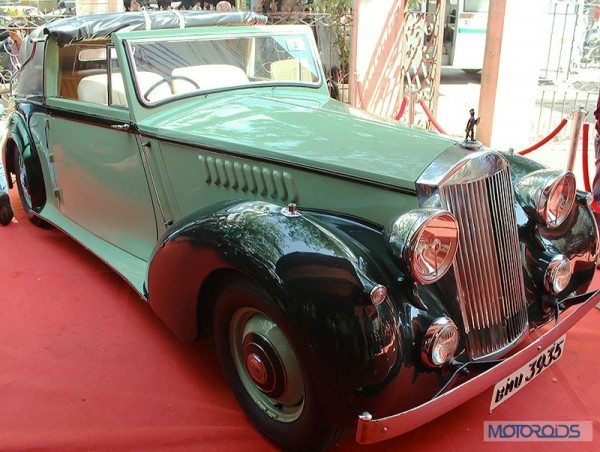 The 1948 Invicta Black Prince was actually more expensive than the Rolls, when new. 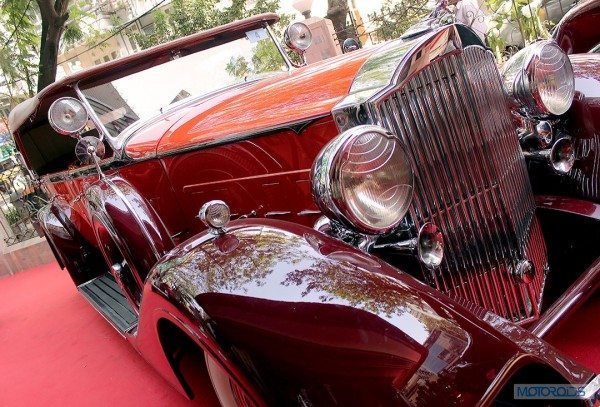 The Rolls-Royce 20/25hp uses a inline 3.7-litre six-cylinder engine and had a top speed of 120 km/h. Only the chassis and the mechanics of the 20/25 was made by RR. The body of the car was specially built by coachbuilders, a common practice back then. And that meant, buyers of the 20/25 could customise their body to their personal tastes. The model went on to become a hit with its customers, including a certain Maharaja of Baroda and Rolls-Royce managed to sell quite a few of these. 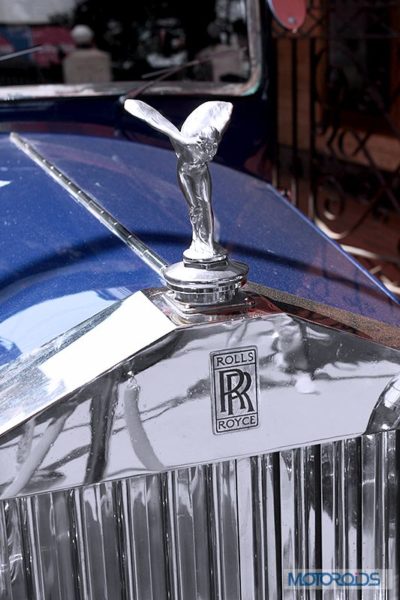 The Spirit of Ecstasy, a RR trademark. 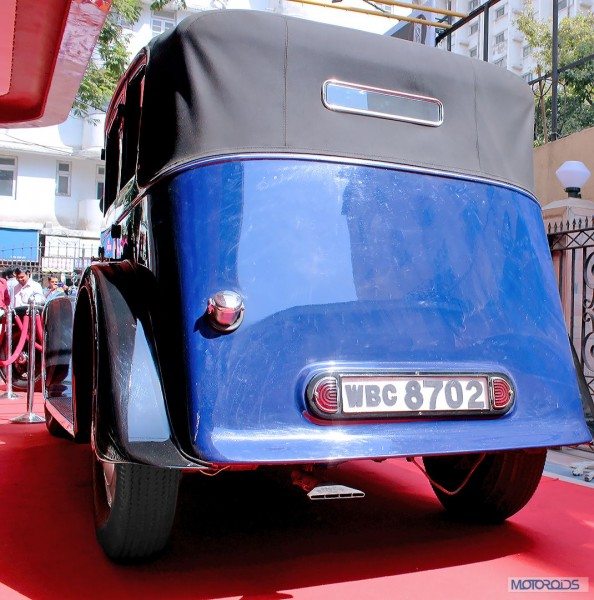 The debaters argued over many points; with Cordey and Cumberford highlighting that the American, French and German cars of the era, were far more technically evolved and as a whole, made better cars. We leave the pick to you, let us know what you think about these classic beauties and write to us on your pick, in the comments section. 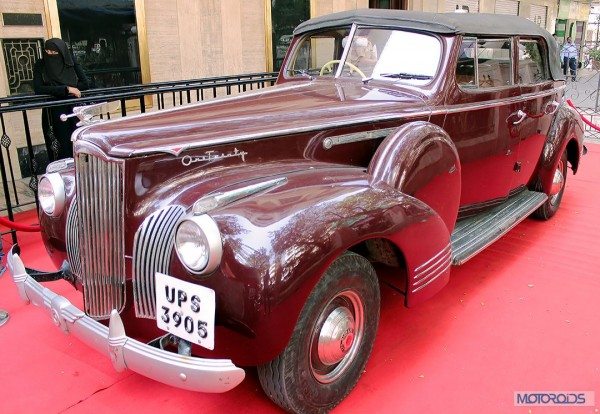 If you missed this event, worry not, Osianama will be arranging more of these Vintage and Classic cars events in coming times. According to the ‘cultural events’ organisers, the next venues are to be New Delhi and Bengaluru. Stay tuned to Motoroids for your daily fix of everything auto.